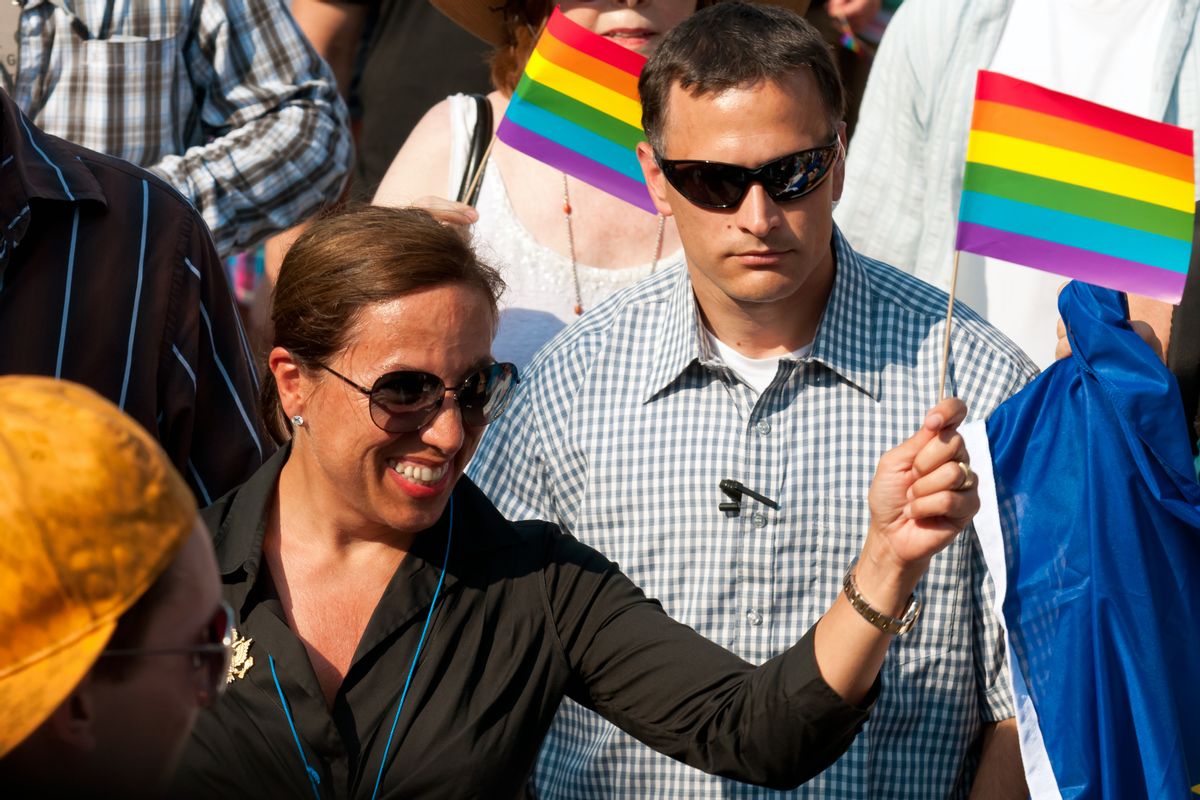 Pat Brady, the chairman of the Republican Party in Illinois, says he won't resign despite backlash from his party over his support of gay marriage.

“If people want to throw me out because I took a stand on an issue of discrimination [as] the chairman of the Republican Party, the party founded by Abraham Lincoln, then that’s – that’s up to them and they’re free to do it,” Brady said. “But I’m not backing down.”

There have been a number of calls for Brady's resignation after he released a statement saying that Illinois should legalize same-sex marriages. "Giving gay and lesbian couples the freedom to get married honors the best conservative principles. It strengthens families and reinforces a key Republican value — that the law should treat all citizens equally," he told the Chicago Sun-Times.

“I was shocked,” state Sen. Jim Oberweis, who has asked Brady to resign, told WBEZ. “Very surprised. Did not expect that and didn’t know why he would have done that.”

WBEZ reports that Oberweis isn't the only one:

“I can only express my disappointment in the way this has come about and the manner in which the Republican platform of Illinois has been completely disregarded,” said committeeman Gene Dawson, from northwest suburban Barrington, as he read from the resignation request he emailed to Brady.

In Illinois, a party chairman can be fired with a three-fifths majority of the weighted vote from state party committeemen. Each vote is weighted differently, based on how many people cast ballots in a committeeman's congressional district in last spring’s primary. Four committeemen told WBEZ they asked Brady to resign, representing nearly half of the votes needed to boot him out. (Four others stopped short of calling for a resignation, while the remaining ten either declined to comment or didn’t respond to interview requests.)