And a renegade sect of Silicon Valley libertarians are building a tax-free floating island! 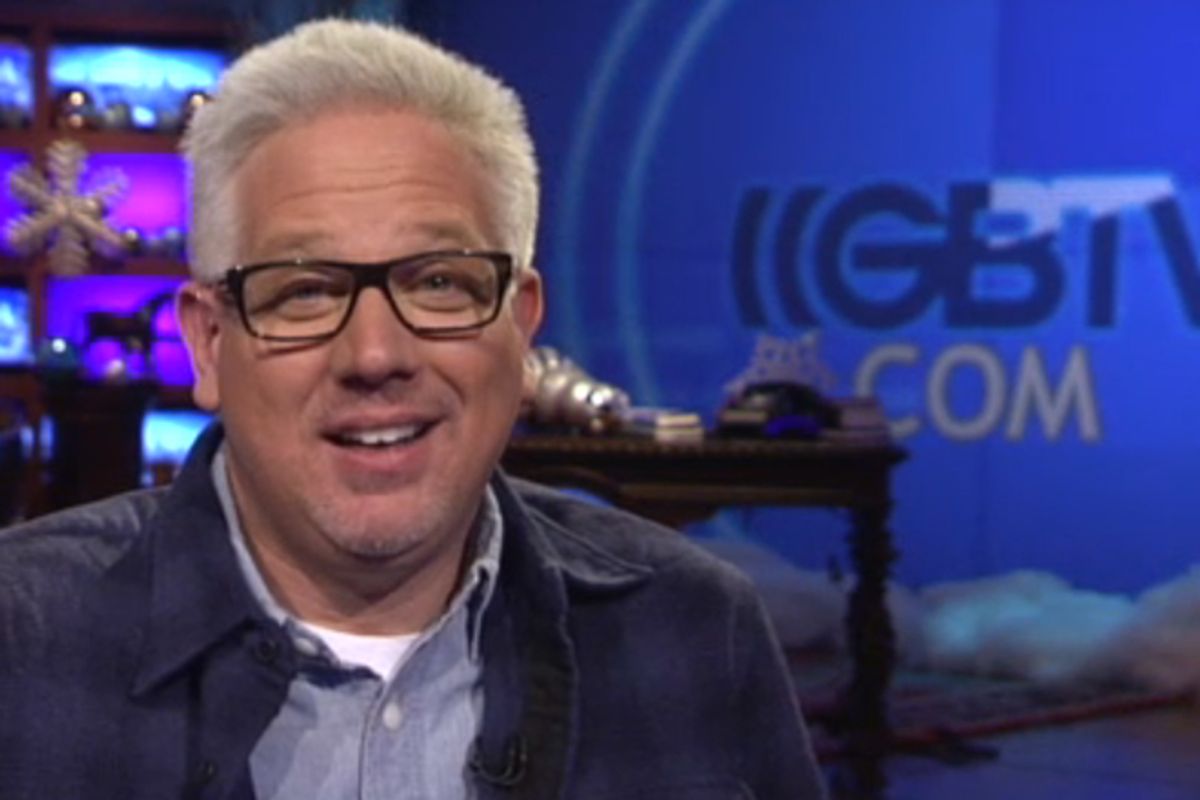 And what's he cooking up in that dream factory right now? Planned community-theme park hybrids, that's what. Beck's "Independence, USA" is a community built on the "principles of the free market" where families can "find happiness, inspiration, courage and hope."

Glenn believes that he can bring the heart and the spirit of Walt’s early Disneyland ideas into reality. Independence, USA wouldn’t be about rides and merchandise, but would be about community and freedom. The Marketplace would be a place where craftmen and artisan could open and run real small businesses and stores. The owners and tradesmen could hold apprenticeships and teach young people the skills and entrepreneurial spirit that has been lost in today’s entitlement state.

There would also be an Media Center, where Glenn’s production company would film television, movies, documentaries, and more. Glenn hoped to include scripted television that would challenge viewers without resorting to a loss of human decency. He also said it would be a place where aspiring journalists would learn how to be great reporters.

Across the lake, there would be a church modeled after The Alamo which would act as a multi-denominational mission center. The town will also have a working ranch where visitors can learn how to farm and work the land.

Independence would also be home to a Research and Development center where people would come to learn, innovate, educate, and create. There would be a theme park for people to recharge and have fun with their families.

People would also have the option to live in Independence, with a residential area where people of different incomes could all come together and be neighbors.

Don't pack your boxes just yet. If living beyond the reach of the IRS is appealing but you're more of the seafaring type, another option awaits.

Blueseed, a start-up incubator and business center, has raised $300,000 to build a man-made libertarian paradise where renegade Silicon Valley types can float along, unencumbered by taxes and HB-1 work visas.

As reported by BetaBeat:

According to the venture’s site, it will cost about $1,600 per month per person to live and work on the floating incubator, which will be anchored approximately 12 miles from Silicon Valley. “We’ll charge a combination of rent and equity to accommodate the stage of your startup,” reads the site. “The price per person will include living and office space, and will range from $1200 for a shared cabin to $3000 for a top-tier single accommodation cabin.”

You may want to pre-pay your rent into escrow, since the Future Cities project -- a similar "utopia" with a libertarian flare -- was shut down in October 2012.

Still undecided about where to move? You can watch Beck make his sales pitch below.