The anchor did not specify a date, but announced that she's beginning "a process of re-entry" 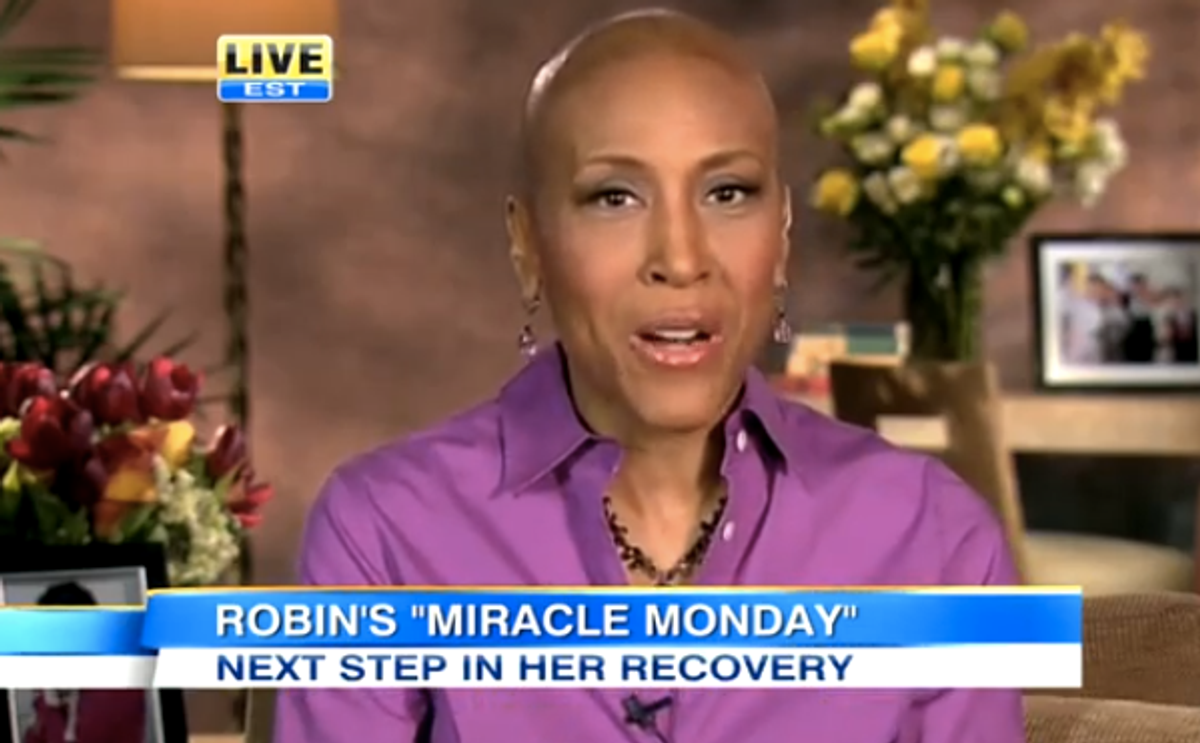 "Good Morning America" host Robin Roberts, who left the show in late August to begin treatment for myelodysplastic syndrome, a rare blood disorder, announced this morning that she'll be back -- sooner than expected.

Recovering from a bone marrow transplant, Roberts originally hoped to return to the show by the summer of 2013. However, she announced this morning on "Good Morning America" that "I could begin the process of returning to the anchor chair" in the coming weeks. "I'm coming home," she said. Likening herself to an injured athlete, she outlined the "process of re-entry" involving waking up at 4 a.m. and preparing for the stress of being on live TV.

Given the unexpectedly fast pace of her recovery, Roberts could be back as soon as February. But she tempered her good news, saying, "Now I have a date in mind that’s very personal and very important to me but I will ultimately listen to, of course, what my doctors say and, course, we have to remember we’re in the height of flu season. There’s a lot of factors still.”