Alabama's Supreme Court says criminal statutes apply to the "unborn," in an end run on Roe and a win for Personhood 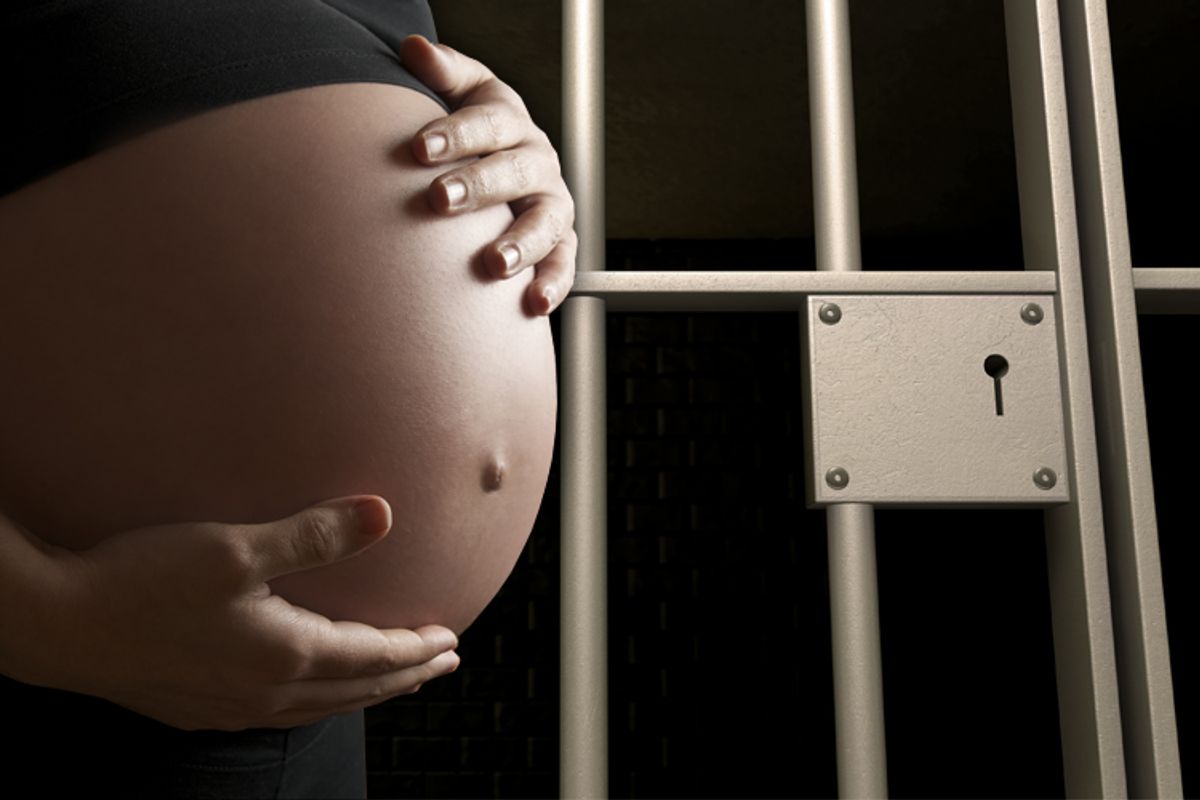 Sympathetic: A couple whose dreams of a baby are enabled by in vitro fertilization. A woman with a life-threatening diagnosis that forces her to choose between treatment and a wanted pregnancy. A teenager raped at gunpoint, or by a relative.

Unsympathetic: A pregnant woman addicted to meth. A woman who didn't take birth control. A woman who self-induces a later abortion -- or anyone whose reason for not wanting to be pregnant doesn't meet our definitions of acceptable.

This, at least, is the rough taxonomy of American political discourse around abortion, 40 years after Roe v. Wade. That decision was never a bold declaration of female bodily autonomy, but in theory it protected the decisions of every woman, even the ones "disapproved of" by society. But in practice, it's more complicated, and the law's views on pregnant women extend beyond those who want to have abortions. The question of whether the law should protect embryonic or fetal rights also includes issues surrounding whether women's behavior while pregnant -- even if there's no proof it causes lasting harm -- is the same as endangering a child.

For political reasons, very few of these women are going to end up as the faces of the pro-choice cause. But a new study and a recent ruling by the Alabama Supreme Court help explain why they matter.

According to a report by the National Advocates for Pregnant Women (NAPW), since Roe there have been over 400 cases in the U.S. "in which a woman’s pregnancy was a necessary factor leading to attempted and actual deprivations of her liberty," and rights such as "the right to life, physical liberty, bodily integrity, due process of law, equal protection, and religious liberty." The cases included women who were subject to the law for not following medical advice, who were forced to have cesareans, or who were charged under harsher statutes because of drug use while pregnant. The women in these cases tended to be poorer and were disproportionately African-American. The report says the cases were often argued on whether or not there was actual harm documented to the fetus or the newborn child, though in some cases miscarriage, stillbirth or infant deaths resulted.

The study's cutoff point is 2005, in order to include only cases that reached their legal conclusions. Not included, for example, is Bei Bei Shuai, a depressed woman who attempted suicide by eating rat poison, giving birth prematurely to an infant who died after three days, and who has been charged with murder and attempted feticide. Also not included: Maria Guerra, who crashed a car in Memphis and was charged with DUI-child endangerment, despite the fact that she was well under the legal limit for intoxication, and she was four months pregnant -- shy of Tennessee's viability standard for victims.

And the study also doesn't include Amanda Kimbrough and Hope Ankrom, the two women who recently lost appeals before the Alabama Supreme Court.

Ankrom and her son had both tested positive for cocaine after his birth in 2000. Kimbrough was sentenced to 10 years in prison after her son died minutes after birth, attributed to "acute methamphetamine intoxication." Their appeal concerned whether they could be charged as having chemically endangered a child if the law didn't specify that it applied to the unborn.

Last week, the state's Supreme Court ruled that it did: "We conclude that Court of Criminal Appeals correctly held that the plain meaning of the word 'child' in the chemical endangerment statute includes an unborn child or fetus." The Supreme Court went even further than the appeals court had: It said that there was no need to limit "the application of the chemical-endangerment statute to a viable unborn child."

In essence, this means that laws written to protect persons can now be applied to embryos or fetuses any time after conception -- also known as Personhood.

No one even bothers to pretend that this isn't a proxy war about abortion, in addition to the day-to-day work of the drug war. Alabama's attorney general celebrated his victory by stating, "The Court has ratified our argument that the public policy of our state is to protect life, both born and unborn. It is a tremendous victory that the Alabama Supreme Court has affirmed the value of all life, including those of unborn children whose lives are among the most vulnerable of all." (The Personhood movement takes its inspiration directly from Justice Harry Blackmun's mention of the word in Roe v. Wade, though he was using it to reject it as a concept.)

Abortion is still legal in this country, but advocates like NAPW's Lynn Paltrow see the prosecution of pregnant women as an intentional slippery slope. In a recent piece for the American Journal of Public Health, Paltrow notes that while women were rarely prosecuted for having illegal abortions before Roe, a lot has changed in the criminal justice system since then: "In the 1970s, the United States had approximately 300,000 prisoners, and relatively few women were prosecuted for any crime … In 1977, the number of women in prison was 11,212 and in 2009, it was 105,197 — an increase of 938 percent."

Combine that with the fact that few in this culture find the troubled, drug-using or neglectful pregnant women sympathetic -- to the point of seeing them as criminal -- and you have a potent threat to the protections of Roe. Paltrow concludes, "There is no gender-neutral way to add fertilized eggs, embryos, and fetuses to the Constitution without subtracting all pregnant women from the community of constitutional persons."

We may not like these women's behavior, but are we prepared to follow where putting them in jail will lead?