This man helped save six children, is now getting harassed for it 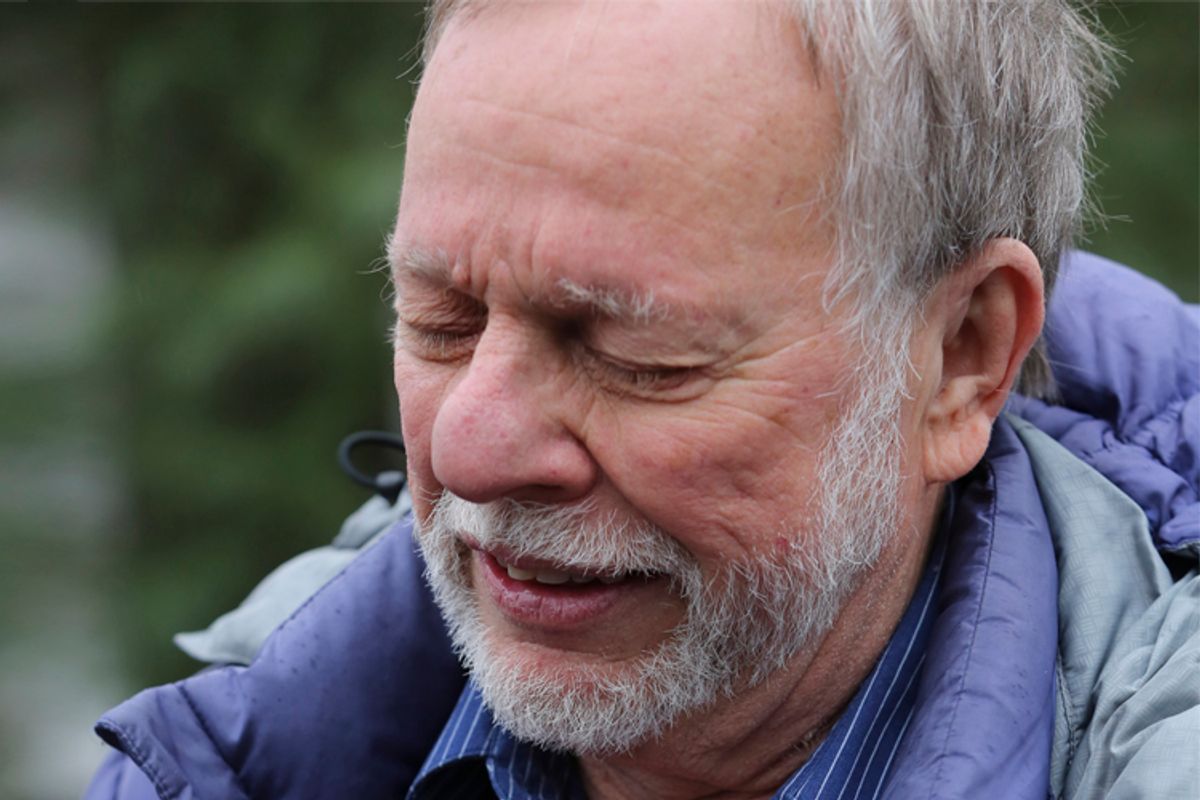 “I don’t know what to do,” sighed Gene Rosen. “I’m getting hang-up calls, I’m getting some calls, I’m getting emails with, not direct threats, but accusations that I’m lying, that I’m a crisis actor, ‘how much am I being paid?'” Someone posted a photo of his house online. There have been phony Google+ and YouTube accounts created in his name, messages on white supremacist message boards ridiculing the “emotional Jewish guy,” and dozens of blog posts and videos “exposing” him as a fraud. One email purporting to be a business inquiry taunted: "How are all those little students doing? You know, the ones that showed up at your house after the 'shooting'. What is the going rate for getting involved in a gov't sponsored hoax anyway?"

“The quantity of the material is overwhelming,” he said. So much so that a friend shields him from most of it by doing daily sweeps of the Web so Rosen doesn’t have to. His wife is worried for their safety. He’s logged every email and every call, and consulted with a retired state police officer, who took the complaint seriously but said police probably can't do anything at the moment; he plans to do the same with the FBI.

What did Rosen do to deserve this? One month ago, he found six little children and a bus driver at the end of the driveway of his home in Newtown, Conn. "We can't go back to school," one little boy told Rosen. "Our teacher is dead.” He brought them inside and gave them food and juice and toys. He called their parents. He sat with them and listened to their shocked accounts of what had happened just down the street inside Sandy Hook Elementary, close enough that Rosen heard the gunshots.

In the hours and days that followed, Rosen did a lot of media interviews. “I wanted to speak about the bravery of the children, and it kind of helped me work through this,” he told Salon in an interview.  “I guess I kind of opened myself up to this.”

The “this” in question is becoming a prime target of the burgeoning Sandy Hook truther movement, which -- like its precursor that denied the veracity of the 9/11 terror attacks -- alleges that the entire shooting was a hoax of some kind. There were conspiracy theories surrounding the shooting from Day One, but the movement has exploded into public view the past two weeks, and a Google Trends search suggests it’s just now picking up steam. It’s also beginning to earn the backing of presumably credible sources like a professor and a reporter.

Rosen,  a 69-year-old retired psychologist who now runs a pet-sitting business and volunteers to read books to kids in schools, initially called me to ask if I thought he should reach out to the FBI about the harassment. I said it probably couldn’t hurt. When I asked if I could tell his story, he was reluctant at first. “Here’s my fear: If I start talking like this, will one of these truthers read this and will it embolden them? Will they say, screw that guy, how dare he impugn our credibility or question our intellect, I’m going to go one step farther? Am I being stupid?” he asked.

After thinking about it, Rosen decided that he had to speak out: “I talk to you about this because I feel that there has to be some moral push-back on this.” Rosen said he’s a staunch believer in free speech, and realizes there is little legal recourse possible unless he gets direct threats, so he had a different idea.

“There must be some way to morally shame these people, because there were 20 dead children lying an eighth of a mile from my window all night long,” he said, choking back tears. “And I sat there with my wife, because they couldn’t take the bodies out that night so the medical examiner could come. And I thought of an expression, that this ‘adds insult to injury,’ but that’s a stupid expression, because this is not an injury, this is an abomination.”

The harassment has turned Rosen’s life upside down, and made him feel things once foreign to him, like searing rage. “I was sitting in a restaurant the other night and these guys who were part of a car club came up to me and shook my hand and said, ‘You know, you’re a hero to me.’ He had seen me on TV. So I said thank you. Then I’m sitting there and I hear this other guy, ‘Oh yeah, it was a conspiracy.’ He was a big guy,” he said.

“I tell you what, I had evil thoughts. I wanted to go over to the first guy, and he had about 15 big guys with him, and say, ‘I’m going to go talk to this other guy -- just watch my back.’ And then I wanted to go over to the other guy and get up in his face and say, ‘See those guys over there, just know they’re keeping an eye out for me.’ And then I wanted to say, ‘I want to see what you look like. I want to see what a person who generates this kind of evil shit looks like. I want to look at your face and tell you you’re an asshole,’” he said.

He didn’t do it, of course. “But it tells me how rageful I am. And I am rageful about it, both for the children and for the mother of the child who came to my house looking for her son, and I wanted to look at this guy and I wanted to just fucking decimate him. That’s my rage.”

But when he starts to feel that way, Rosen can think of the first man. And the countless others out there who see Rosen as a hero, and not a tool of some shadowy conspiracy. Because for every angry call or email, there any many, many more praising ones: “I get the most beautifully written cards, wonderful calls.” Let’s hope they continue to be the majority.