The liberal stalwart will join the conservative network as a regular analyst, token progressive 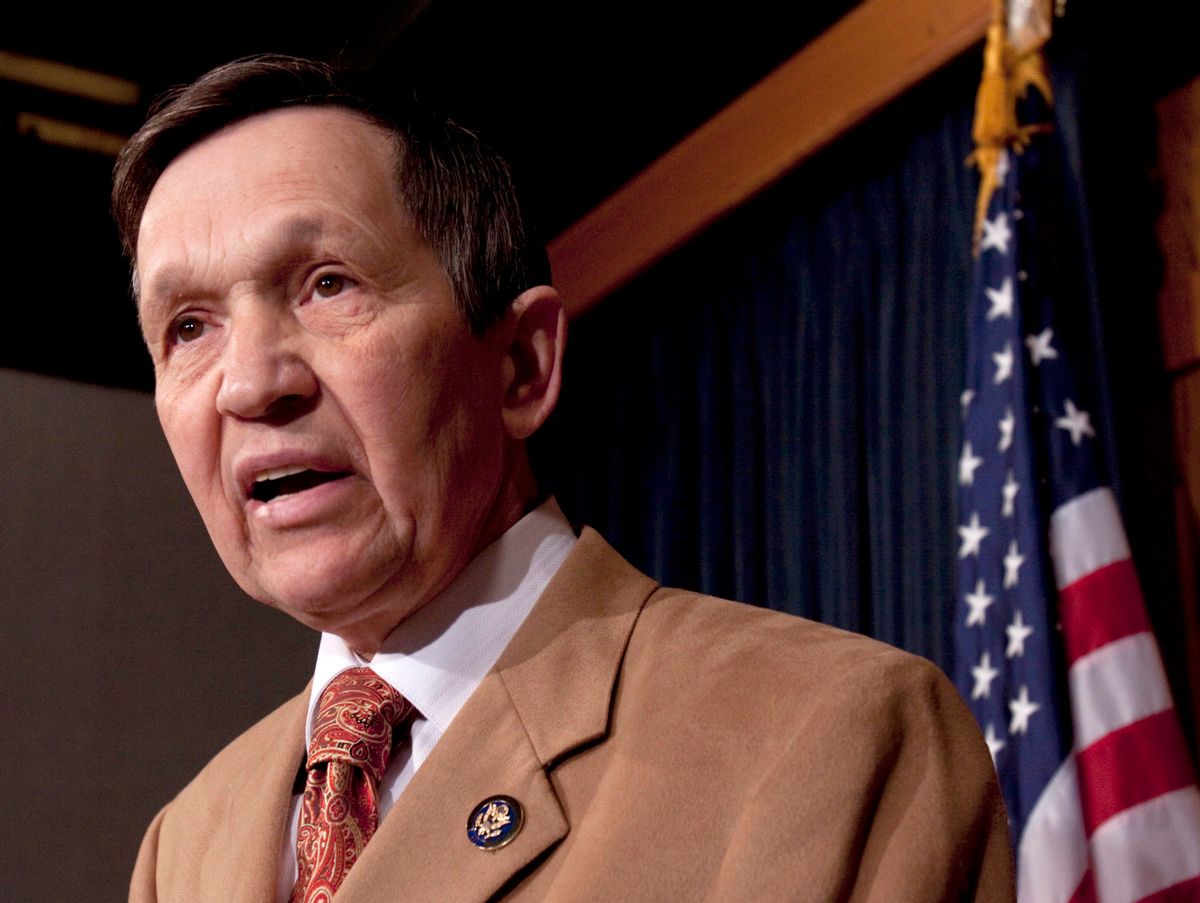 Throughout his career in Congress, Dennis Kucinich has marked himself as somewhat more than a mouthpiece for left-leaning liberal counterpoints. But in his new job as a contributing Fox News analyst, that's pretty much what he'll be.

“I’ve always been impressed with Rep. Kucinich’s fearlessness and thoughtfulness about important issues,” said Fox News chairman and CEO Roger Ailes in a statement announcing that Kucinich will join the network as a regular paid contributor. “His willingness to take a stand from his point of view makes him a valuable voice in our country’s debate.”

Glenn Greenwald noted via Twitter that "ironically, only Fox would dare hire him," highlighting that the former Ohio congressman is no Democrat apologist and has fiercely challenged the president, his 2008 elections rival, on civil liberties issues and foreign interventionism. But as the Nation blogger and Citizen Radio host Allison Kilkenny noted, "Kucinich on Fox News will not 'balance' the network. He'll be rolled out as a punching bag."

“Through 16 years in Congress and two presidential campaigns, Fox News has always provided me with an opportunity to share my perspective with its enormous viewership,” Kucinich, who will no doubt be substantially remunerated for his contributions, said in a statement.

CORRECTION: An earlier version of this article incorrectly stated that Kucinich's 2004 presidential run included a pro-life platform. Jeff Cohen, his 2004 communications director and founder of FAIR, told me, "He had already come out as pro-choice by then (or many of us would not have joined the campaign)."