According to the Los Angeles Times, misty conditions caused the pilot to hit a crane mounted on a skyscraper 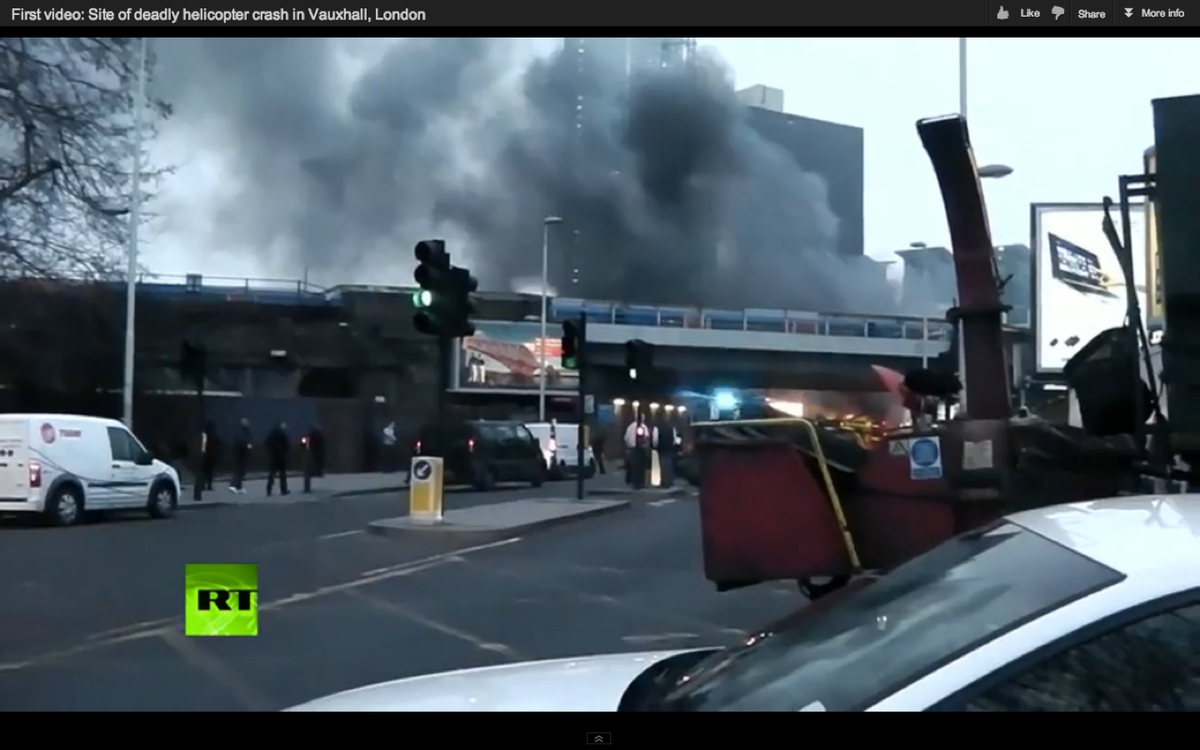 A helicopter crash in Vauxhall, central London, during the morning rush hour has killed two people, according to police reports.

A fire official told the BBC that one of the dead had been onboard the helicopter. Reports as of 8 a.m. EST said that the helicopter pilot was among the dead.

According to the Los Angeles Times, the helicopter hit a crane mounted on a skyscraper in misty conditions, sending both crashing to the ground as fuel spilled along the street.

Video footage showed flaming debris on the ground in the Vauxhall district of south London, close to the headquarters of the British spy agency MI6, the LA Times wrote.

The paper pointed out that helicopters are common in London.

“We have rules and there are procedures in place for helicopter flight,” Paul Beaver, a defense expert, told the Press Association. “It’s much more challenging in reduced visibility. It’s very much up to the pilot to fly the right route and do the right things.”

Nine others were hurt, with one man rescued from a burning car by firefighters and taken to nearby St. Thomas' Hospital.

The BBC reported that terrorism did not appear to be likely.

Nicky Morgan, a lawmaker who was walking toward Vauxhall, told the BBC that she heard a huge explosion shortly before 8 a.m. local time.

People claiming to have witnessed the crash, including Nic Walker, took to social media in the aftermath. Walker's photo of the wreckage, posted to Twitter, was widely used by the media:

A helicopter clipped the crane at St George’s wharf and crashed onto the street outside my house. — Nic Walker (@nic0) January 16, 2013

London 24 compiled a list of immediate reactions to the crash.