Katherine Webb to work for "Inside Edition" at Super Bowl 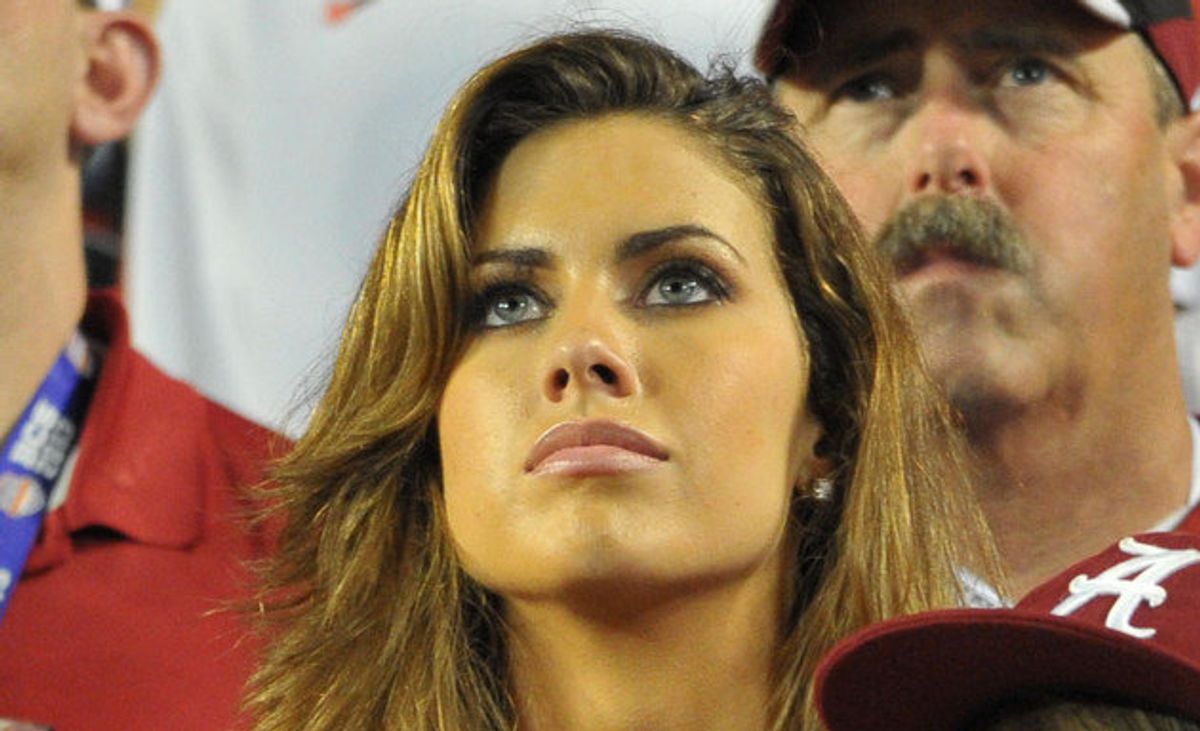 NEW YORK (AP) — The beauty pageant queen who shot to social media stardom during the BCS championship will be back in front of the cameras ahead of the NFL's title game.

Former Miss Alabama USA Katherine Webb will serve as a correspondent for "Inside Edition" leading up to next month's Super Bowl in New Orleans.

The girlfriend of Alabama quarterback AJ McCarron, Webb became a star when ESPN's cameras lingered on her during the Crimson Tide's rout of Notre Dame on Jan. 7 and announcer Brent Musburger commented on her looks.

Webb calls the temporary job "an honor and a dream come true." She says she'll "give fans an insider's look at what goes on as the teams prepare to battle and as the fans get ready to cheer on their favorites."

The show said Wednesday she'll start work Jan. 28. "Inside Edition" is syndicated by CBS Television Distribution but not part of CBS' coverage of the Super Bowl, which Webb won't be involved with.