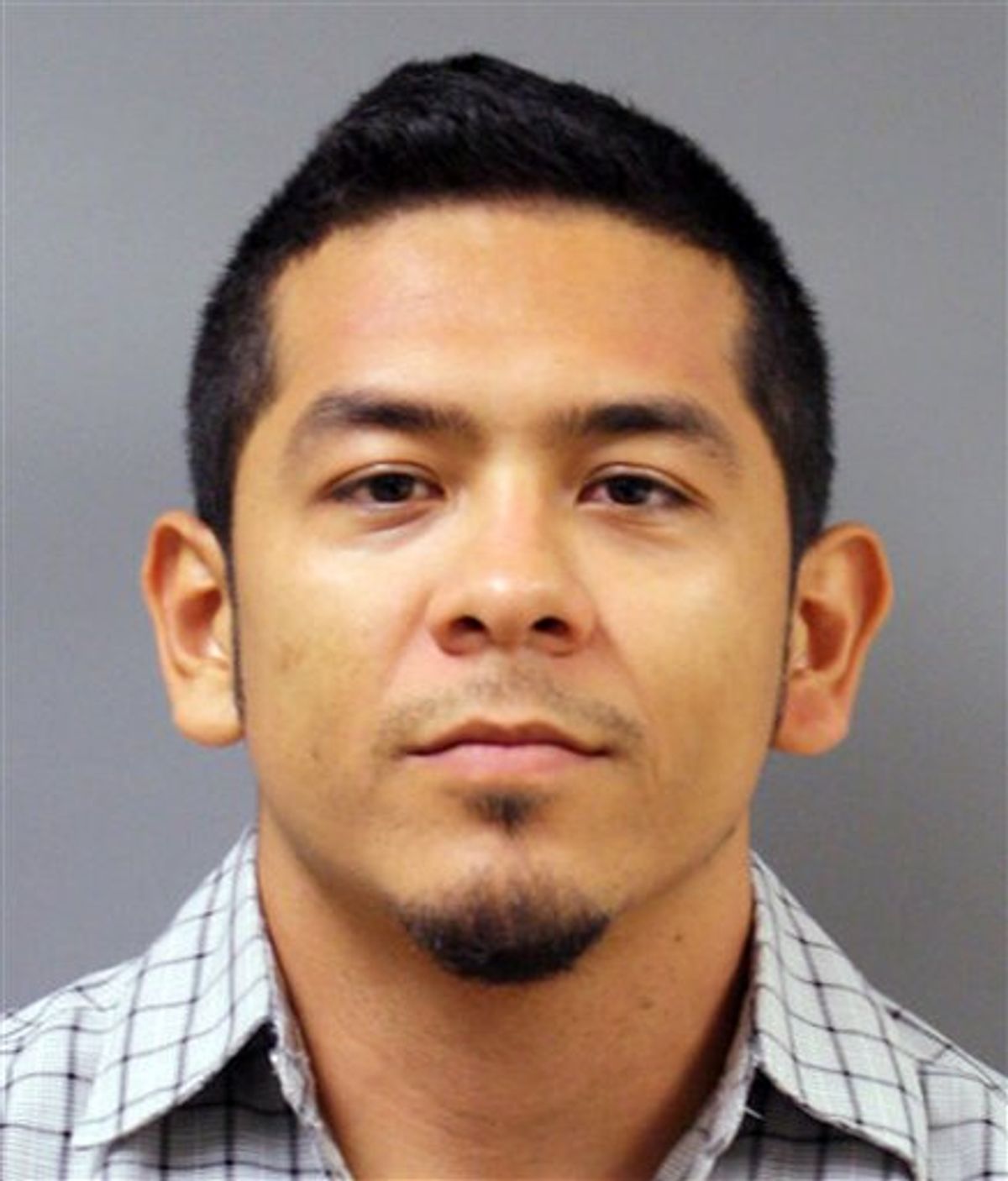 HOUSTON (AP) — A man accused of vandalizing a 1929 Pablo Picasso painting — an act that was caught on cellphone video — must remain jailed on $500,000 bonds because he is a flight risk, a Houston judge ruled Wednesday.

Uriel Landeros, 22, is charged with graffiti and criminal mischief felonies in the June 13 incident. Prosecutors say he spray painted on "Woman in a Red Armchair" at the Menil Collection in Houston.

Each felony charge carries a sentence of two to 10 years in prison.

The vandalism was captured in a 24-second video taken by a bystander and posted on YouTube. The vandal left behind an image of a bullfighter, a bull and the word "conquista," which means "conquest" in Spanish.

Landeros' attorney, Emily Detoto, said she intends to file a motion asking that his bonds be reduced.

"It's too excessive," Detoto said. Landeros intends to plead not guilty, she said. His next hearing is scheduled for Feb. 5.

He has, however, given several media interviews in which he admits he was the graffiti artist behind the damage to the Picasso. In videos posted to YouTube, Landeros says he didn't intend to destroy the painting but that his actions were an act of social and political defiance.

Detoto said she hasn't seen or heard any of the interviews and that she is suspicious of them because she doesn't know the context in which they were made.

"Does it (the media exposure) make (the case) more difficult? Of course. It's certainly not the end of the case," she said.

Vance Muse, a Menil spokesman, said the painting is still being restored in the Menil's conservation lab, but the process is nearly complete and has been successful.

"To the naked eye, you and I would not know it had been touched," he said. "It is in very fine shape. We are very, very relieved."

The painting will be back on display sometime this year, Muse said.

Muse said the Menil has sought an estimate of the painting's value but that he deemed it "priceless." He also could not estimate the restoration costs. The felony charges against Landeros call for damages of from $20,000 to $100,000.

The Menil, which opened in 1987 and is free to the public, did not make sweeping changes to its security or how it displays paintings as a result of the vandalism, Muse said. The museum's security measures include surveillance cameras and two dozen guards.

"No matter what you've got in terms of guards, cameras or alarms, it just takes one vandal to move very quickly to do it," Muse said.

The vandalism charges garnered Landeros national attention and in October a Houston art gallery raised the ire of the local art community by staging a show of his works.

This is not the first time one of Picasso's works has been vandalized. In 1999, an escaped mental patient in Amsterdam cut a hole in the middle of his "Woman Nude Before Garden," a 1956 painting.

Other works of art have also been the target of vandals.

In October, a vandal scrawled graffiti on a mural by modern American master Mark Rothko at London's Tate Modern. The "Mona Lisa" has been attacked several times, including with acid, a rock and even a teacup.