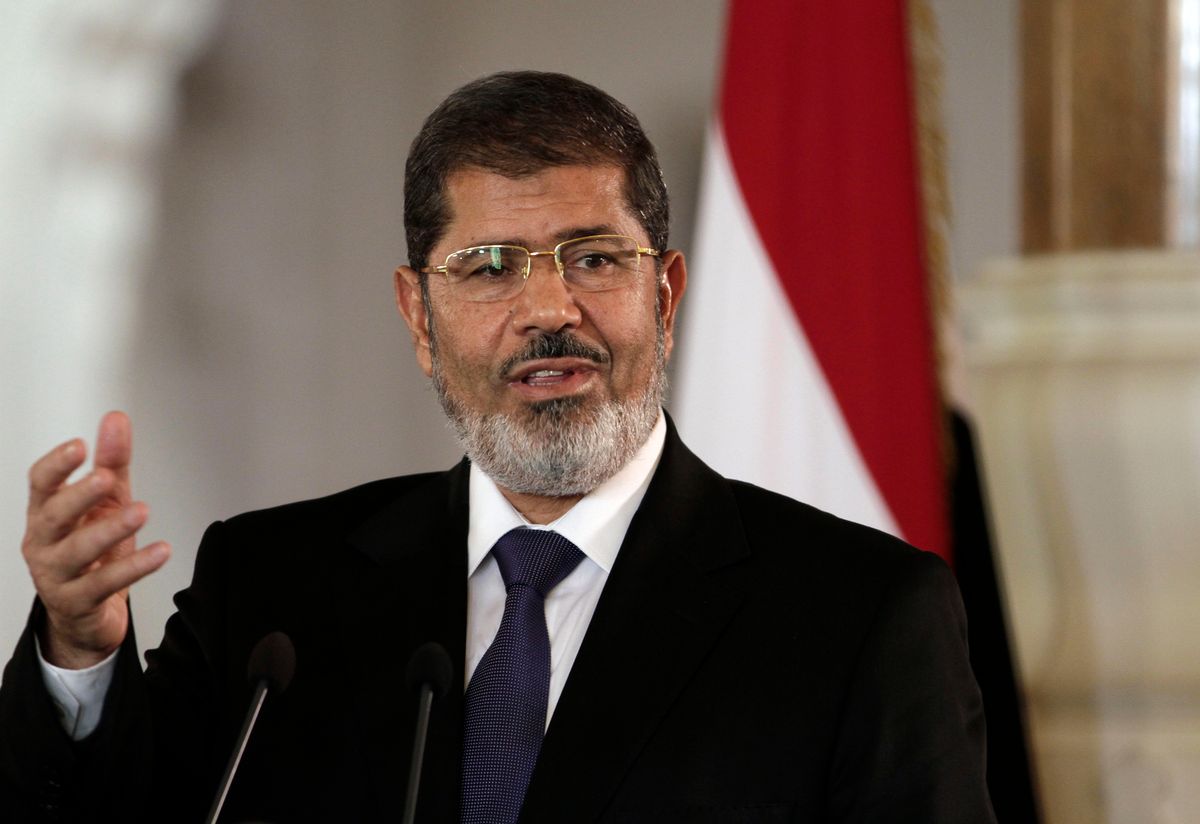 CAIRO, Egypt — Egypt has played down anti-Semitic remarks made three years ago by Egypt's President Mohamed Morsi that caused controversy in Washington.

The White House on Tuesday condemned Morsi's description of Israelis as "bloodsuckers, war mongers, and descendants of pigs and apes."

He made the remarks came during Israel's three-week offensive in Gaza that began in December 2009.

Morsi said on Wednesday that the comments had been taken out of context.

"The president stressed they were taken from comments on the Israeli aggression against Palestinians in the Gaza Strip, and stressed the need to put the remarks in the right context," he said in a statement issued after he met with US Senator John McCain.

In other footage aired on Friday in Egypt, Morsi declares his support for Hamas and goes on to say “We must never forget, brothers, to nurse our children and our grandchildren on hatred for them: for Zionists, for Jews," The New York Times reported.

The television clip of the Morsi interview on Quds channel surfaced after being translated by the US-based Middle East Media Research Institute (MEMRI).

Nuland told reporters she had discussed the matter with the Egyptian government and warned Egyptian officials that the United States was closely watching their behavior, Arutz Sheva reported.

White House spokesman Jay Carney said in a separate press conference that "President Morsi should make clear that he respects people of all faiths and that this type of rhetoric is not acceptable or productive in a democratic Egypt."

In its statement on Wednesday, the Egyptian presidency said Morsi is committed to "the principles he has always insisted on, including full respect for religions, freedom of faith and religious practices, especially the heavenly religions."

He also "stressed the need to differentiate between Judaism and its adherents from (those who practise) violent actions against Palestinians."

Since his presidential campaign last year, Morsi has insisted he would work to maintain Egypt's 1979 peace treaty with Israel.

Morsi also recently helped broker a peace deal between Israel and Hamas during their most recent conflict in Gaza.

Beyond the country's more cosmopolitan political commentators, however, there was no visible pressure on the Islamist president to rescind or apologize for his remarks.

The main reaction has been from more liberal quarters. Some activists said on Twitter that they were ashamed of the comments and wanted even stronger condemnation from the Obama Administration.

Opposition to Israel is nearly universal in Egypt and anti-Semitic tropes have become a daily part of street-level discussions about the Jewish state.