Religion may not survive the Internet

There's a reason churches are struggling to maintain membership, and it has nothing to do with Neil deGrasse Tyson 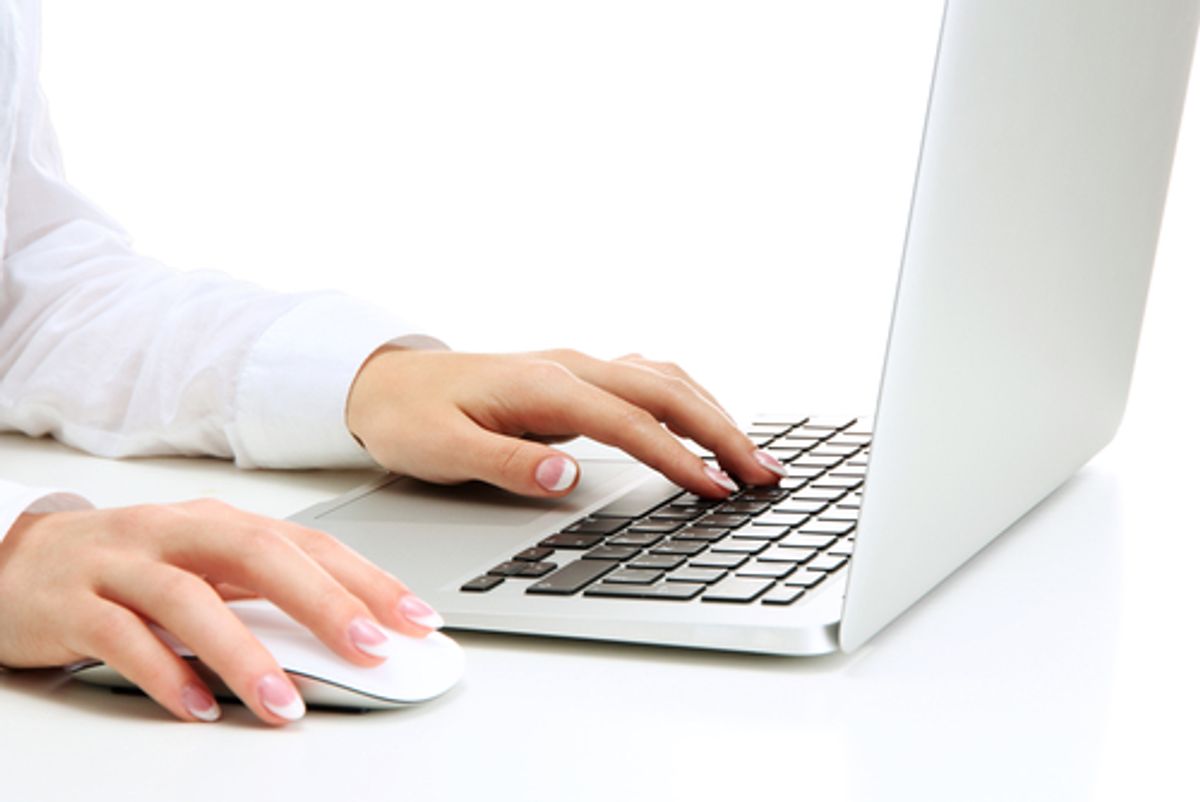 As we head into a new year, the guardians of traditional religion are ramping up efforts to keep their flocks—or, in crass economic terms, to retain market share.  Some Christians have turned to soul searching while others have turned to marketing. Last fall, the LDS church spent millions on billboards, bus banners, and Facebook ads touting “I’m a Mormon.”  In Canada, the Catholic Church has launched a “Come Home” marketing campaign.  The Southern Baptists Convention voted to rebrand themselves. A hipster mega-church in Seattle combines smart advertising with sales force training for members and a strategy the Catholics have emphasized for centuries: competitive breeding.

In October of 2012 the Pew Research Center announced that for the first time ever Protestant Christians had fallen below 50 percent of the American population. Atheists cheered and evangelicals beat their breasts and lamented the end of the world as we know it. Historian of religion, Molly Worthen, has since offered big picture insights that may dampen the most extreme hopes and fears.  Anthropologist Jennifer James, on the other hand, has called fundamentalism the “death rattle” of the Abrahamic traditions.

In all of the frenzy, few seem to give any recognition to the player that I see as the primary hero, or, if you prefer, culprit—and I’m not talking about science populizer and atheist superstar Neil deGrasse Tyson. Then again, maybe Iam talking about Tyson in a sense, because in his various viral guises—as a talk show host and tweeter and as the face on scores of smartass Facebook memes—Tyson is an incarnation of the biggest threat that organized religion has ever faced: the internet.

A traditional religion, one built on “right belief,” requires a closed information system. That is why the Catholic Church put an official seal of approval on some ancient texts and banned or burned others. It is why some Bible-believing Christians are forbidden to marry nonbelievers. It is why Quiverfull moms home school their kids from carefully screened text books. It is why, when you get sucked into conversations with your fundamentalist uncle George from Florida, you sometimes wonder if he has some superpower that allows him to magically close down all avenues into his mind. (He does!)

Religions have spent eons honing defenses that keep outside information away from insiders. The innermost ring wall is a set of certainties and associated emotions like anxiety and disgust and righteous indignation that block curiosity. The outer wall is a set of behaviors aimed at insulating believers from contradictory evidence and from heretics who are potential transmitters of dangerous ideas. These behaviors range from memorizing sacred texts to wearing distinctive undergarments to killing infidels. Such defenses worked beautifully during humanity’s infancy. But they weren’t really designed for the current information age.

Tech-savvy mega-churches may have twitter missionaries, and Calvinist cuties may make viral videos about how Jesus worship isn’t a religion, it’s a relationship, but that doesn’t change the facts: the free flow of information is really, really bad for the product they are selling. Here are five kinds of web content that are like, well, like electrolysis on religion’s hairy toes.

Radically cool science videos and articles. Religion evokes some of our most deeply satisfying emotions:  joy, for example, and transcendence, and wonder. This is what Einstein was talking about when he said that “science without religion is lame.” If scientific inquiry doesn’t fill us at times with delight and even speechless awe at new discoveries or the mysteries that remain, then we are missing out on the richest part of the experience. Fortunately, science can provide all of the above, and certain masters of the trade and sectors of the internet are remarkably effective at evoking the wonder—the spirituality if you will—of the natural world unveiled.  Some of my own favorites include Symphony of science, NOVA, TED, RSA Animate, and Birdnote.

It should be no surprise that so many fundamentalists are determined to take down the whole scientific endeavor. They see in science not only a critic of their outdated theories but a competitor for their very best product, a sense of transcendent exuberance.  For millennia, each religion has made an exclusive claim, that it alone had the power to draw people into a grand vision worth a lifetime of devotion. Each offered the assurance that our brief lives matter and that, in some small way, we might live on. Now we are getting glimpses of a reality so beautiful and so intricate that it offers some of the same promise. Where will the old tribal religions be if, in words of Tracy Chapman, we all decide that Heaven’s here on earth?

Curated Collections of Ridiculous Beliefs. Religious beliefs that aren’t yours often sound silly, and the later in life you encounter them the more laughable they are likely to sound. Web writers are after eyeballs, which means that if there’s something ridiculous to showcase then one is guaranteed to write about it. It may  be a nuanced exposé or a snarky list or a flaming meme, but the point, invariably, is to call attention to the stuff that makes you roll your eyes, shake your head in disbelief, laugh, and then hit Share.

The Kinky, Exploitative, Oppressive, Opportunistic and Violent Sides of Religion. Of course, the case against religion doesn’t stop at weird and wacky. It gets nasty, sometimes in ways that are titillating and sometimes in ways that are simply dark. The Bible is full of sex slavery, polygamy and incest, and these are catalogued at places like Evilbible.com.  Alternately, a student writing about holidays can find a proclamation in which Puritans give thanks to God for the burning of Indian villages or an interview on the mythic origins of the Christmas story.  And if the Catholic come home plea sounds a little desperate, it may well be because the sins of the bishops are getting hard to cover up.  On the net, whatever the story may be, someone will be more than willing to expose it.

Supportive communities for people coming out of religion. With or without the net (but especially with it) believers sometimes find their worldview in pieces. Before the internet existed most people who lost their faith kept their doubts to themselves. There was no way to figure out who else might be thinking forbidden thoughts. In some sects, a doubting member may be shunned, excommunicated, or “disfellowshipped” to ensure that doubts don’t spread. So, doubters used keep silent and then disappear into the surrounding culture. Now they can create websites, and today there are as many communities of former believers as there are kinds of belief. These communities range from therapeutic to political, and they cover the range of sects:  Evangelical, Mormon, Jehovah’s Witness, and Muslim. There’s even a web home for recovering clergy.  Heaven help the unsuspecting believer who wanders into one of these sites and tries to tell members in recovery that they’re all bound for hell.

Lifestyles of the fine and faithless. When they emerge from the recovery process former Christians and Muslims and whatnot find that there’s a whole secular world waiting for them on the web. This can be a lifesaver, literally, for folks who are trapped in closed religious communities on the outside.  On the web, they can explore lifestyles in which people stay surprisingly decent and kind without a sacred text or authority figures telling them what to do. In actuality, since so much of religion is about social support (and social control) lots of people skip the intellectual arguments and exposes, and go straight to building a new identity based in a new social network. Some web resources are specifically aimed creating alternatives to theism, for example, Good without God, Parenting Beyond Belief, or The Foundation Beyond Belief.

Interspiritual Okayness. This might sound odd, but one of the threats to traditional religion is interfaith communities that focus on shared spiritual values. Many religions make exclusive truth claims and see other religions as competitors. Without such claims, there is no need for evangelism, missionaries or a set of doctrines that I call donkey motivators (ie. carrots and sticks) like heaven and hell. The web showcases the fact that humanity’s bad and good qualities are universal, spread across cultures and regions, across both secular and religious wisdom traditions.  It offers reassurance that we won’t lose the moral or spiritual dimension of life if we outgrow religion, while at the same time providing the means to glean what is truly timeless and wise from old traditions. In doing so, it inevitably reveals that the limitations of any single tradition alone.  The  Dalai Lama, who has lead interspiritual dialogue for many years made waves recently by saying as much: “All the world’s major religions, with their emphasis on love, compassion, patience, tolerance, and forgiveness can and do promote inner values. But the reality of the world today is that grounding ethics in religion is no longer adequate. This is why I am increasingly convinced that the time has come to find a way of thinking about spirituality and ethics beyond religion altogether.”

The power of interspiritual dialogue is analogous to the broader power of the web in that, at the very heart it is about people finding common ground, exchanging information, and breaking through walls to find a bigger community waiting outside. Last year, Jim Gilliam, founder of Nationbuilder, gave a talk titled, “The Internet is My Religion.” Gilliam is a former fundamentalist who has survived two bouts of cancer thanks to the power of science and the internet. His existence today has required a bone marrow transplant and a double lung transplant organized in part through social media. Looking back on the experience, he speaks with the same passion that drove him when he was on fire for Jesus:

I owed every moment of my life to countless people I would never meet. Tomorrow, that interconnectedness would be represented in my own physical body. Three different DNAs. Individually they were useless, but together they would equal one functioning human. What an incredible debt to repay. I didn’t even know where to start. And that’s when I truly found God. God is just what happens when humanity is connected. Humanity connected is God.

The Vatican, and the Mormon Quorum of the Twelve Apostles, and the Southern Baptist Convention should be very worried.