And the president for having the Secret Service 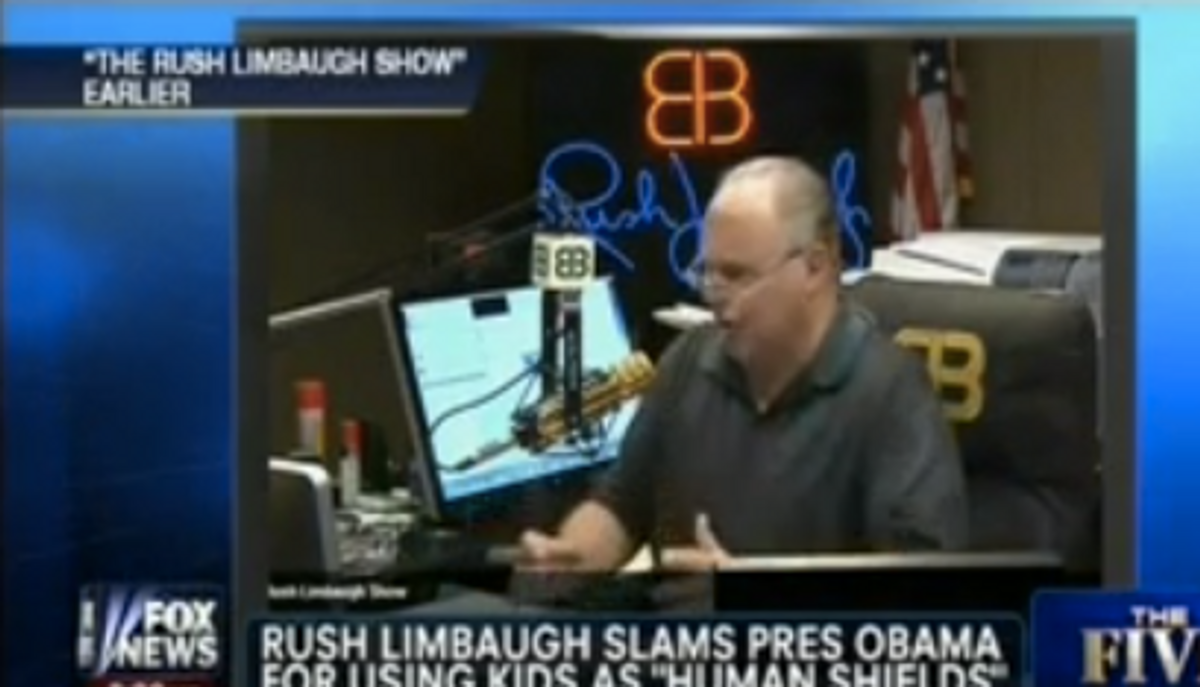 What fresh Orwellian hell is this?

Steel yourselves, kids. President Obama dared to stand in front of children -- "human shields," according to Rush Limbaugh -- when discussing gun control measures. Limbaugh straightened him out by making fun of those kids. (Weepy voice: "They don't want to die." Then he simulated crying.)

(Some Fox gasbag agreed: "Is there no level to which the left won't stoop ...") You know the drill.

Rush also threw his weight behind the NRA's flying too close to the sun ad which called the president an "elitist hypocrite" for having a security detail while you don't:

"I'm gonna have a different set of rules for my kids." This is what the left does. They assign rules for everybody to live under, and they exempt themselves on the basis of class. They're better than you, or they're smarter, or they're more capable. See, you can't make the wise decisions you need to make because you're not really good. You're not a decent person. You're not qualified. You're not smart enough. They have to control things for you in order to save you from yourself, to protect you, your kids.

You don't have the smarts to do that.

Another Matt Yglesias tweet: "Sorry[,] haters, a kidnapping of the First Kids would be a way bigger deal than the kidnapping of your kids." So, you see? As far as the left is concerned, the number one, most important thing is the state and the people who run the state. That's what's more important. Not you. Not the individual. This is what's happened. The relationship between citizen and state, which has always been unique and exceptional in this country, is being turned into what it's always been everywhere in the world, "Citizen? (Raspberry)! State? Everything."