And why did the Indonesian Supreme Court hopeful say women "enjoy" being sexually violated? To "break the ice" 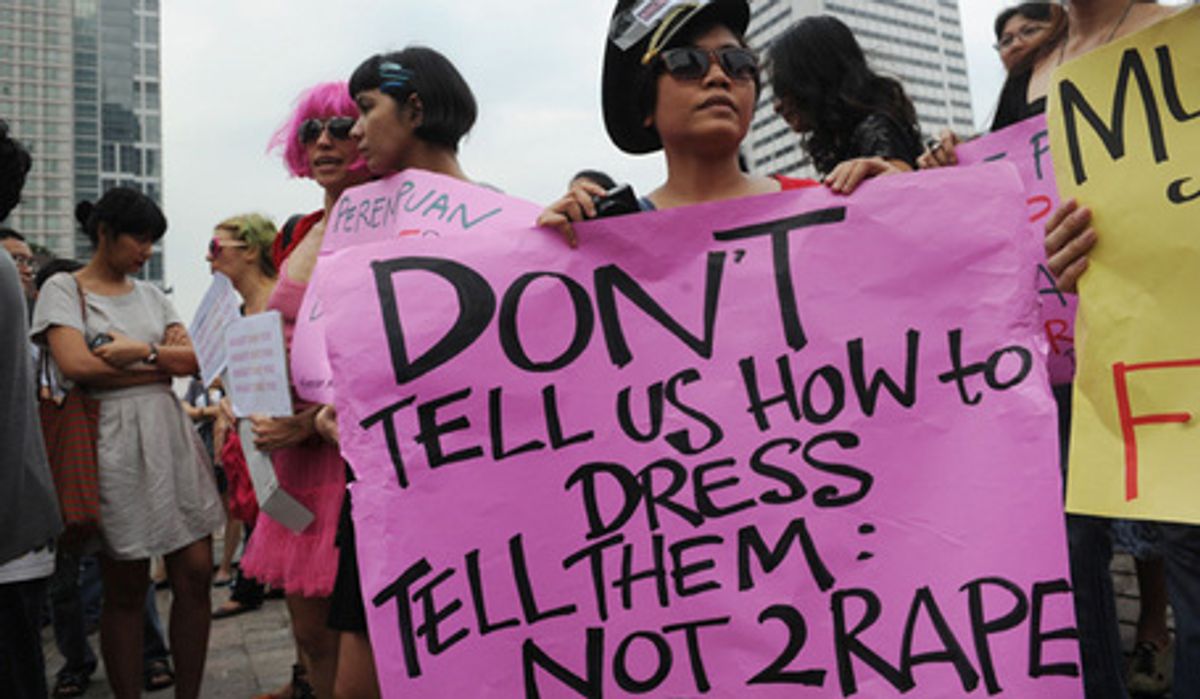 If you thought the U.S. Congress had a monopoly on saying incendiary, idiotic things about rape, think again.

Daming Sanusi, a candidate for the Indonesian Supreme Court, has sparked widespread outrage by suggesting that rape victims "enjoy" being sexually assaulted.

In front of a parliamentary commission hearing to determine if he was fit for the high court, Sanusi was asked whether he believed the death penalty should be applied in rape cases. His response? "Consideration needs to be taken thoroughly for the imposition of death penalty for a rapist because in a rape case both the rapist and the victim enjoy it," CNN reported.

And why did he say something so colossally stupid?

He was nervous and wanted to "break the ice" with a "joke": "I made the remark without realizing it can harm people's feeling," Antara, the Indonesian news agency, quoted him as saying.

"We ask legislators not to give the judge position to Daming, as he had offended people's feeling by uttering inappropriate statement," Ridwan Bakar, a spokesman for the Indonesian Legal Aid Foundation, said.

Sanusi has since issued an apology, saying his words were "out of control," but it appears his remorse is too little too late.

"The damage has been done," Primastuti Handayani, the managing editor of the Jakarta Post, wrote in a commentary published Wednesday. "Nothing he said in his apology can heal the wound he caused."