Manufacturers say the technology saves lives, but the FDA is still on the fence 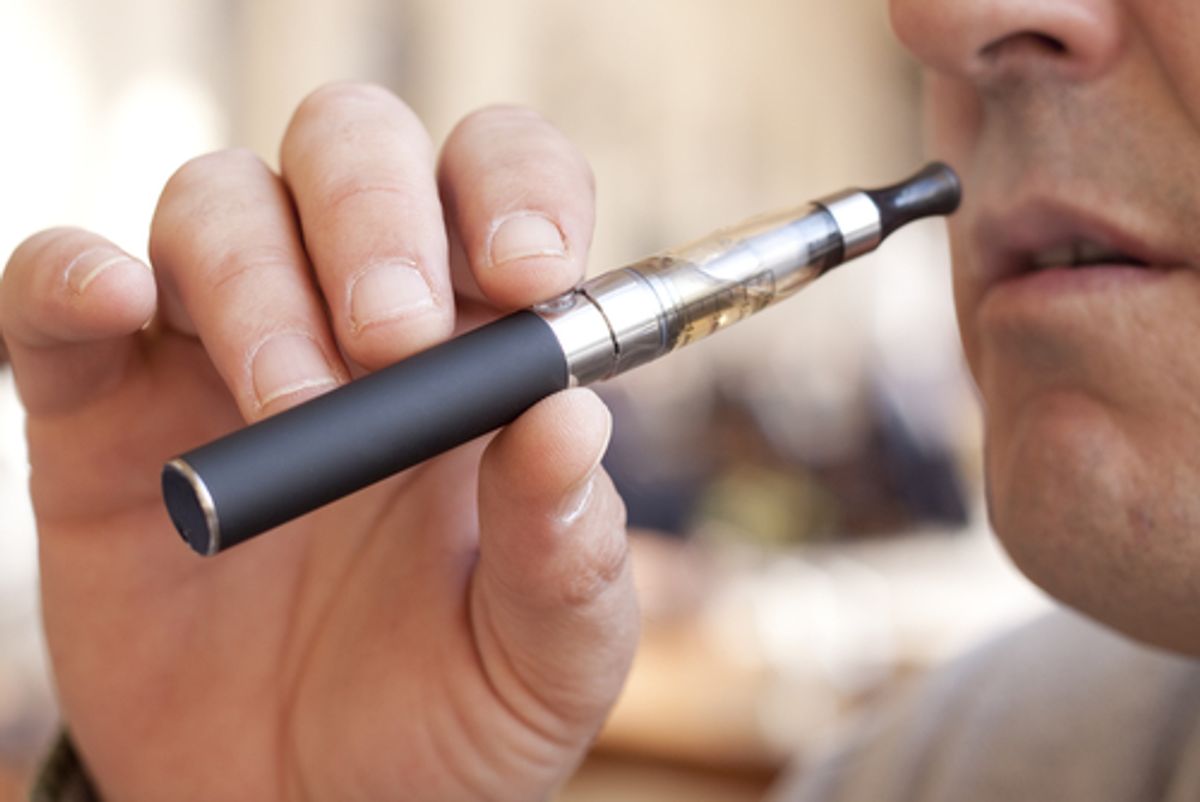 Smoking without the health risks may sound like a pipe dream for many smokers; but this is just what makers of electronic cigarettes (or "e-cigs") promise their consumers. E-cigarettes are battery-operated products, often resembling cigarettes, that turn nicotine and/or other chemicals into a vapor that users inhale. Companies like LOGIC E-Cigarettes use aggressive marketing tactics, like street campaigns and taxi cab ads, to push their products as an easy, safe alternative to smoking. Although these companies are profit-driven, they also claim to have the public's interest at heart. “This is the 21st century. The public deserves an alternative to smoking,” Eli Alelov, CEO of LOGIC, tells The Fix. Alelov says that his products emulate the experience of smoking a cigarette—the motion of smoking, the oral fixation and the inhaling—but without tobacco, tar or “4,000 other chemicals in cigarettes.” A nicotine addict himself, he lost his father to lung cancer at the age of eight; he believes e-cigarettes are a way to “save hundreds of thousands of lives every year.” Alelov is urging the US government to back e-cigarettes as an alternative to "poisonous" tobacco, "which the American government now benefits from tax-wise."

But the FDA remains dubious about the safety of e-cigarettes, and it may start regulating them like tobacco products. Jennifer Haliski, an FDA spokesperson, points out that the devices do contain "highly addictive" nicotine, and may include other potentially dangerous chemicals as well. “The FDA intends to propose a regulation that would extend the agency’s 'tobacco product' authorities—which currently only apply to cigarettes, cigarette tobacco, roll-your-own tobacco and smokeless tobacco—to other categories of products that meet the statutory definition of 'tobacco product,'" Haliski tells us. "Further research is needed to assess the potential public health benefits and risks of electronic cigarettes and other novel tobacco products.”

Smokers are divided on whether e-cigs are a worthy or helpful alternative to tobacco cigarettes. "I'd rather smoke cigarettes, even though I know it's bad for me," Dan, 24, tells The Fix. After trying out an e-cigarette to help him kick a four-year habit, he says, "It's not as satisfying as the real thing." But others say the new technology is a lifesaver, with some added perks—for example, since the devices emit vapor, not smoke, they bypass most smoking regulations. "You can smoke inside!" says Olivia, a 28-year-old executive assistant. "I puff away at my desk all day. It's just like Mad Men."