Hell is my own book tour

I used to worry that nobody would show up. Then I realized it's much, much worse when four people do 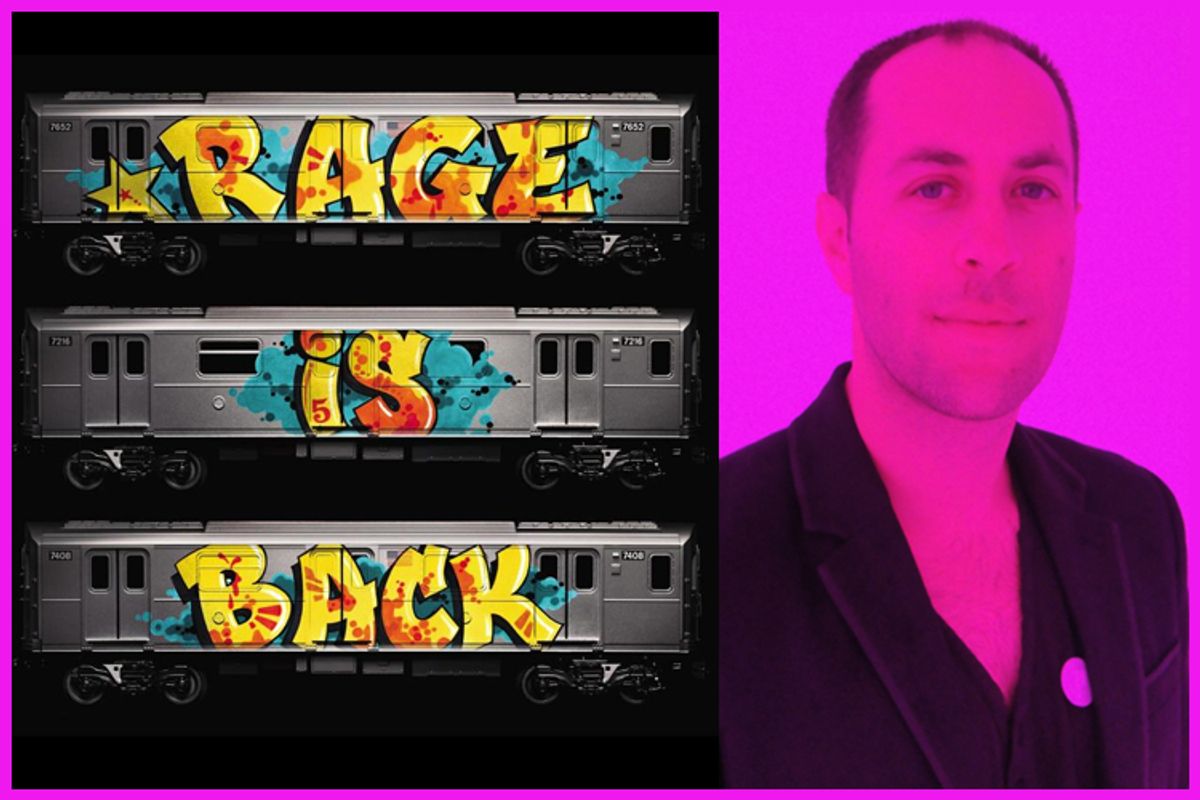 Adam Mansbach is on book tour with his new novel, "Rage Is Back." He'll be telling regular stories from the road for Salon.

There are a number of reasons authors such as myself go on book tours, all of them basically stupid.

The publishing industry stopped having new ideas out of respect for the untimely death of Ernest Hemingway in 1961, and has been doing everything the same way ever since. Usually without adjusting for inflation. Thus, when a publishing house releases a book – a gala event that occurs only 3,567 times per house per day, straining the resources of each house’s four publicists (collectively comprising 6 percent of Sarah Lawrence College’s class of 2009) and two Commodore 64 computers – the strategy to propel that title to the top of the bestseller list is usually multi-pronged:

1) Send copies of the book to whatever newspapers still exist, along with a polite note asking them to start reviewing books again.

2) Encourage the author to capitalize on his social media network by hassling the shit out of nursery school friends of his parents on Facebook with constant, self-serving blather.

3) Express tremendous enthusiasm for new, innovative means of promotion – viral videos, mixtapes, wall murals, shaving the book title into the back fur of two dozen liquored-up Bonobo monkeys and releasing them at the American Library Association’s annual dinner – followed by tremendous disappointment that there isn’t money in the budget for any of them. Though, of course, nobody would object if the author wanted to pay for these things on his own. Given the generous mid-five-figure advance he and his family have been living on for three years now.

4) Send the author to bookstores in various cities, in the hopes that a local plutocrat might happen to wander by, glance through the plate glass window, notice that a person is standing inside reading aloud from a book, and be moved to come in and purchase 235 copies, thus amortizing the cost of the author’s flight and hotel.

A lot can go wrong on a book tour. For instance – stop me if I’m getting too technical here – nobody shows up to the reading. When this happens, you’re forced to spend about 20 minutes with an apologetic, pitying bookstore employee, attempting to strike the right blend of self-deprecation, cavalier disregard, and passive-aggression toward the bookstore for failing to promote the event in any way except by placing posters in the bathroom of the store itself. This bathroom is not for customer use.

Ultimately, the bookstore employee will treat you to a coffee drink of your choosing (quadruple espresso) in the bookstore’s cafe, which generates 83 percent of the bookstore’s annual revenue. You will cast spiteful glances at all the people sitting in there chilling and sipping lattes and not attending your reading a mere 75 feet away.

This, however, is not even close to the worst thing than can happen. Far, far worse is when one to four people show up, speckling the 30 folding chairs the bookstore has arranged before the microphone and podium like survivors of some horrible plague.

You can’t not read for them. You’re grateful they came. One lady got there a full hour early, and has three pre-purchased copies of your book stacked on the empty chair beside her. Another guy – 50-ish, balding, ponytailed – is clutching a printout of an interview you did with a now-defunct website, and will ask you to sign it for him, as if the purpose of this tour was to promote this ancient, obscure drivel rather than your new novel. If you’re really lucky, he may also request your signature on an Advance Reading Copy of your previous novel, which has the words NOT FOR SALE on the cover and “25 cents” written in pencil on the title page. Another attendee is a nursery school friend of your mother’s who heard about the reading on Facebook. She’s beaming with pride and taking lots of pictures, as if your mom doesn’t know what an empty room looks like.

Fuck it, you say – four or 400, you’re a professional and you’re going to do your job. You came all this way, and these kind souls bothered to show up. And hell, there’s a dozen other people browsing the aisles; maybe they’ll hear your voice and wander over one by one, intrigued. Maybe they’ll text their friends about what an amazing reading they’ve stumbled into, and by the time you finish your spirited performance, the place will be packed. You start speaking loudly into the microphone, hoping to penetrate the browsers’ consciousness, which causes your mom’s friend to cover her ears with her fingers in the most respectful way possible.

What actually happens is, the fourth person gathers up his stuff and walks out after you’ve read two pages, nearly breaking your fool heart. Some other random bozo does indeed wander over and take his place, but only because he needs a place to read the real estate broker’s licensing handbook he’s been studying in here a few nights a week for the last three three months without buying it.

It’s also possible that the bookstore will go out of business in the middle of your reading.

I’m writing this on my way to Boston. My book tour started last Tuesday, with a thing at the Museum of Modern Art. The only reason I’m even mentioning this is that it already happened  – sold out, actually, which has nothing do with me and everything to do with the fact that GZA from the Wu-Tang Clan, who performed part of the audiobook, was part of the panel. If the event were tonight, I’d just keep my mouth shut, because you might feel weirdly obligated to come, and that would make me feel bad, but also hopeful, and then disappointed when you didn’t show up after all, et cetera et cetera.

My new strategy, with this novel, is not to tell anybody about anything.  I’m only going to promote events by postering my own bathroom, and maybe throwing an announcement up on, like, Friendster, or the Boats for Sale section of Craigslist, in the wrong city.  Because even worse than doing events for four people is doing events for four people plus your two local friends. It takes at least four beers afterward to shake off the awkwardness. To clarify, that’s four beers per friend. All of them consumed by me.

Next time: A report on some actual things that happen to me on this tour. Or, in the event that the whole thing is lame, some further shots at the publishing industry, and a list of the stupidest things members of it have ever said to me. Or possibly, the intervention of my agent, to prevent this from happening.

Adam Mansbach is the author of the instant New York Times bestsellers "Go the Fuck to Sleep" and "You Have to Fucking Eat," as well as the novels "Rage is Back," "Angry Black White Boy" and "The End of the Jews," winner of the California Book Award.