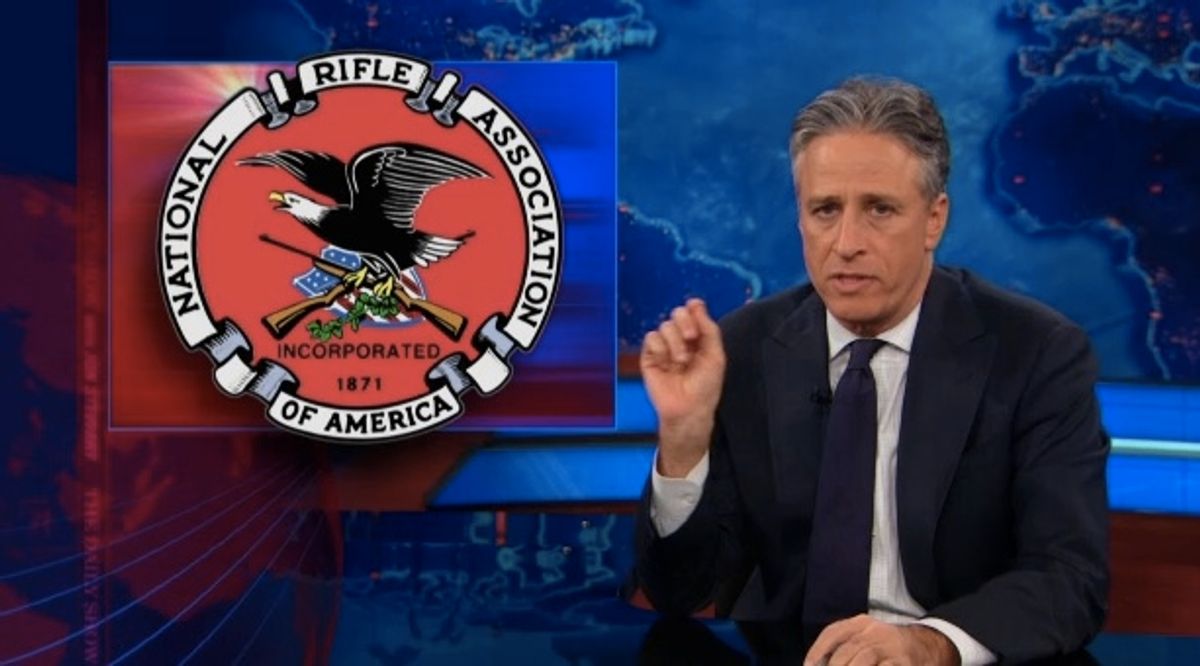 After the NRA released an ad attacking President Obama as an "elitist hypocrite" for using armed Secret Service agents to protect his daughters, Jon Stewart had to wonder: Is the NRA just an "elaborate avant-garde Joaquin Phoenix-style joke, or a false flag operation run by Michael Moore in an attempt to discredit responsible gun owners?"