Sundance is a bit much, even for Robert Redford

"I never dreamed the festival would reach this degree. It's not quite the same as when we first started" 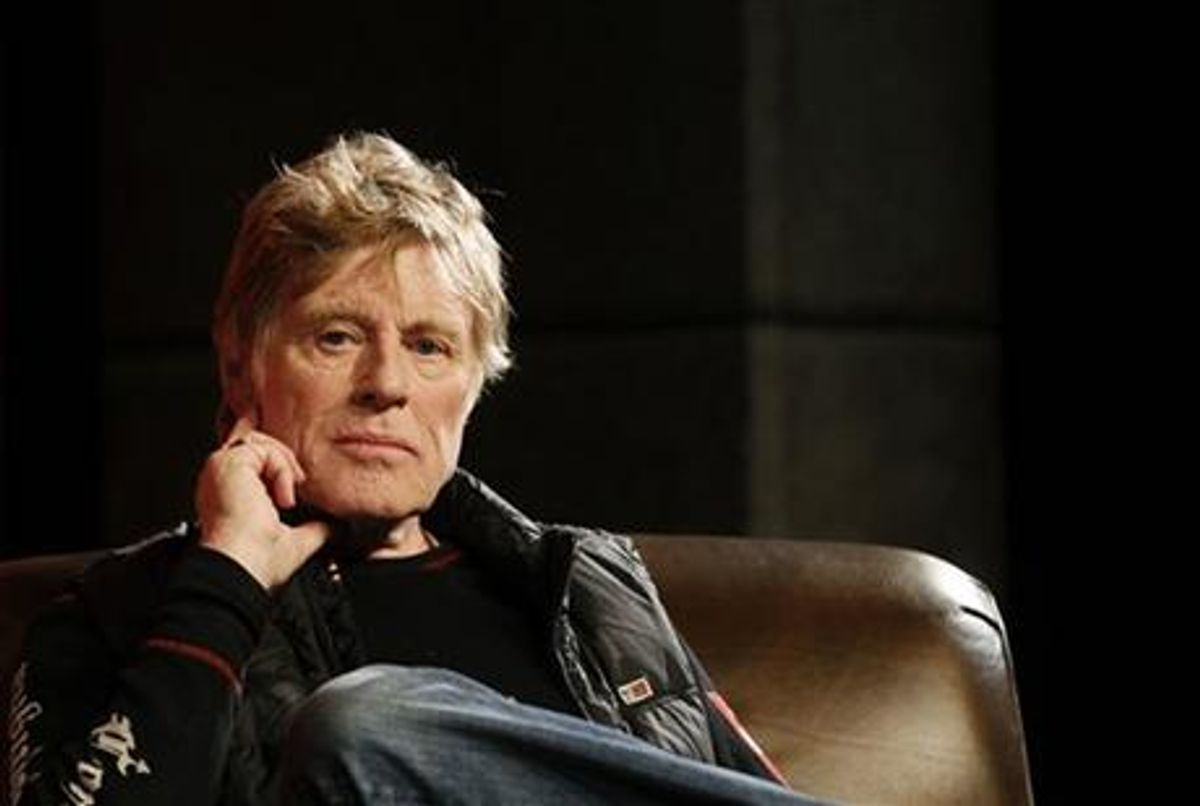 PARK CITY, Utah (AP) — Everybody wants a piece of Robert Redford. Young filmmakers talking him up for advice on the street. The stewardess on an airplane who mentions her son has this idea. The guy with a videotape under his arm who looked so grungy Redford thought he was a panhandler.

That last one turned out to be Edward Burns, who talked Redford into taking a look at a little sibling comic drama he had written, directed and starred in. Redford watched it, sent it on to the folks at his Sundance Institute for independent film, and Burns' "The Brothers McMullen" premiered at the Sundance Film Festival in 1995.

And so another career was born at Sundance, the festival Redford launched in 1985 in a single theater with a couple of dozen films. Opening Thursday for its 11-day run, Sundance now is home to 119 feature films, dozens of short movies, panel discussions, art exhibits, musical performances and loads of celebrity events that have sprung up around the festival.

Every January, Sundance simply takes over tiny Park City, a ski-resort town where hotels jack up prices, store owners put their inventory in storage to rent their shops for festival doings and fans sometimes stand in the cold for hours hoping for tickets to a hot film.

Redford's proud of what he created but gets a little nostalgic for the early days, when he was standing on the street trying to herd people into the theater.

"I never dreamed the festival would reach this degree. It's not quite the same as when we first started," said Redford, who feels overwhelmed now by his duties as Sundance's head of state. "What I would like most to do is just to see the films, but because of all the people coming now, it obligates me to do the meet and greet, when what I would love most is to be with the filmmakers and see their work.

"It's become like a monster's ball. I'm not displeased about it. But it gets more and more difficult. It's wonderful on one hand, and it's monstrous on the other hand."

The festival quickly grew into a mecca for low-budget filmmakers and fans of daring stories that go beyond the Hollywood blockbuster mill. Sundance has helped launch the careers of Quentin Tarantino, Steven Soderbergh and Robert Rodriguez, while such Academy Awards contenders as "In the Bedroom," ''Little Miss Sunshine," ''Precious" and "Winter's Bone" premiered at the festival.

Few Sundance films find much of an audience beyond the festival circuit. But the ones that do — Sundance premieres like "Napoleon Dynamite," ''Garden State" or "Super Size Me" — can inspire storytellers to pick up a camera.

A whole generation of young filmmakers has been infused with the Sundance spirit, the idea that you don't need studios or stars. If you can scrape together a little money from family and friends, you can just go and make your movie.

Where would the indie world be without Sundance?

"I don't think it would be as vibrant and healthy if it wasn't for Sundance," Redford said. "I'm not certain about my role. I've been referred to as the godfather of independent film. That makes me a little uncomfortable. I don't like having that much sitting on my shoulders."

What Redford likes most during the festival is the gathering of this year's filmmakers that he'll host Saturday at his nearby Sundance Resort, away from the crowds in Park City. After that, he likes to fade out for a breather from the Sundance scene.

"Because of the monster size of the festival, because it's grown so big, it puts so much pressure on me the first days that I can't take a whole lot more, and I have to go away after a few days," Redford said. "Because of how much I like to see the films, it's become an issue. So I kind of like to retreat, then sort of sneak back in disguise later in the festival and just try to see the films."

And it's the films that remain long after the festival's hype and glamor fades. You can look no further than last week's Academy Awards nominations to see the ripple effect the high-altitude festival for low-budget film has in the real world of show business.

Last year's top Sundance prize winner, "Beasts of the Southern Wild," picked up four Oscar nominations, including best picture, director for first-time filmmaker Benh Zeitlin and actress for 9-year-old Quvenzhane Wallis, who had never acted before. For Zeitlin, out of nowhere and into the company of fellow nominees Steven Spielberg and Ang Lee. For Wallis, into the company of Naomi Watts and Jennifer Lawrence, herself a breakout Sundance star for "Winter's Bone."

"That's why we're here," Redford said. "When somebody comes out of nowhere and with our support goes somewhere, that's a real pleasure to me."