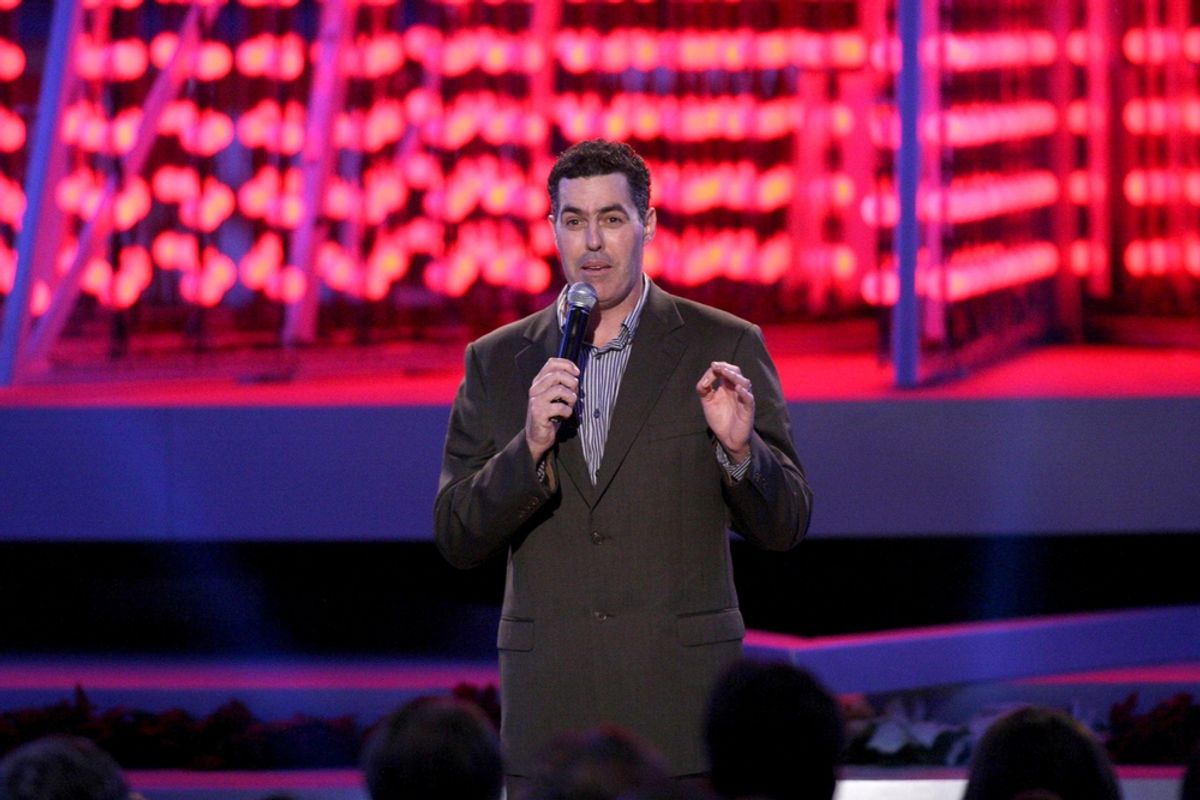 Unfunny comedian Adam Carolla is getting sued. According to the Hollywood Reporter, former producer and friend, Donny Misraje, his wife Kathee and technology expert Sandy Ganz have taken Carolla to court for breaking the contract agreement over Carolla's podcast, "The Adam Carolla Show," alleging that Carolla shut them out of the profits.

"Though Carolla has repeatedly acknowledged the partnership agreement between himself (60%), Mr. Misraje (30%) and Mr. Ganz (10%)...he has since wrongfully 'kicked' Plaintiffs out of the business and seeks to exclude them from their share of the Partnership profits, all while he continues to reap the benefits of the business that Plaintiffs conceived of and developed."

Misraje and Ganz left their jobs in 2009 to help the comedian establish the "vision to build a 'multi-media podcasting network" based on Carolla's eponymous radio show. Although the partnership flourished--profits were up by 75 percent in 2010, and by March 2011, it was the most downloaded podcast in the world--Carolla fired the pair by September 2011.

Misraje describes Carolla as  becoming "increasingly dictatorial and threatening" during that time, and also objects to the termination of employment: "Since unilaterally ousting Mr. Misraje and Mr. Ganz from the Partnership," says the statement, "Carolla has attempted to paint a picture for the public that Mr. Misraje was insubordinate, unable to 'get along' with anyone, unproductive and simply not 'up to the job. Such statements represent disingenuous rhetoric."

Based on the comments from the article, however, some listeners agree with Carolla's decision to cut Misraje. One commenter said, "The podcast has been significantly better since Donny was cut loose. The guy was simply awful on the show with his constant bickering and complaining," while another wrote, "Although the podcast still suffers from what can be perceived to be a technical 'learning curve' it has come a long way from the 'Donny days'."