The footage is from December 20, but it was recently made public when it was leaked to YouTube 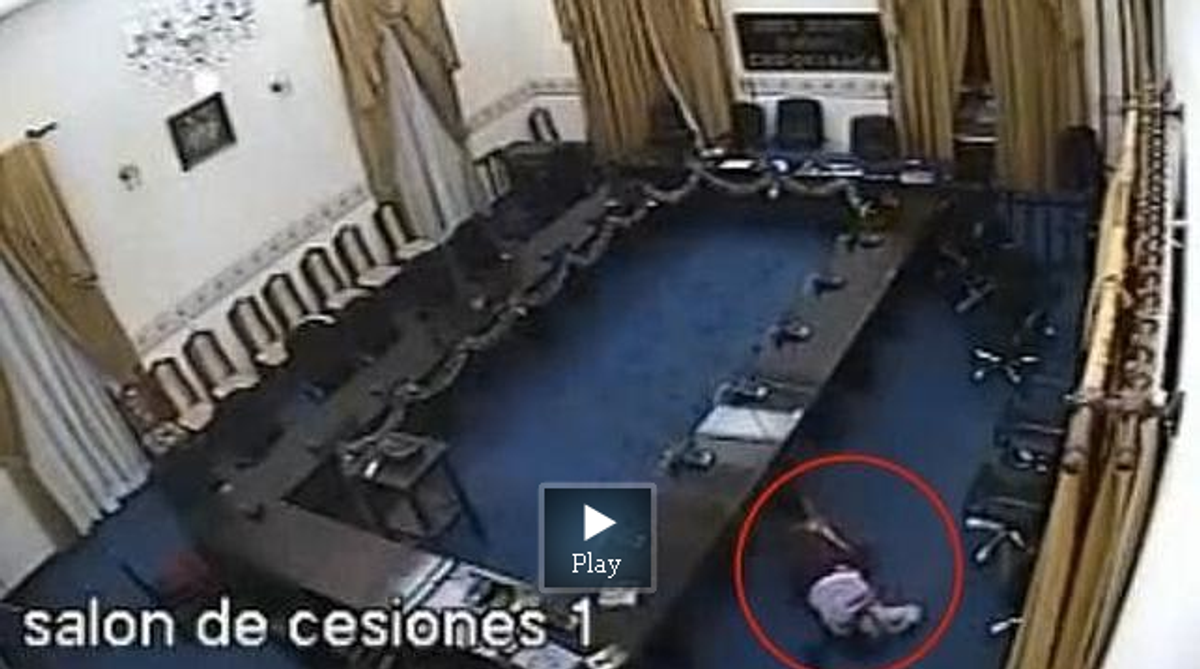 Bolivian lawmaker Domingo Alcibia Rivera was caught on camera allegedly raping a colleague on the floor of Parliament. After an alcohol-fueled holiday luncheon, security cameras appear to have captured Rivera approaching the unconscious woman and, after the lights in the room go dark, sexually assaulting her.

The woman is clearly intoxicated and limp in her chair as Rivera moves her to the floor and assaults her. He is interrupted when the lights go back on and people re-enter the room. Rivera then props the woman back up in her chair and sits down beside her.

The footage is from December 20 but was recently made public after it was leaked to YouTube.

According to ABC.es, the guards who were on duty that night were dismissed after the incident, and the victim of Rivera's assault was given another post.

Bolivian President Evo Morales condemned the assault, saying that those involved should be put on indefinite leave until more information is known. And according to La Razón, the Attorney General of Bolivia is now taking legal action against outlets posting the video.

In a sad twist to an already tragic story, Morales recently declared 2013 the "year to end all forms of violence against women and girls" in Bolivia.

In a soccer match co-sponsored by the United Nations, Morales said, "The Bolivian population knows we have implemented many policies to defend women, and especially their participation in politics."