Corner writer: Do you know who ELSE had a fake girlfriend? 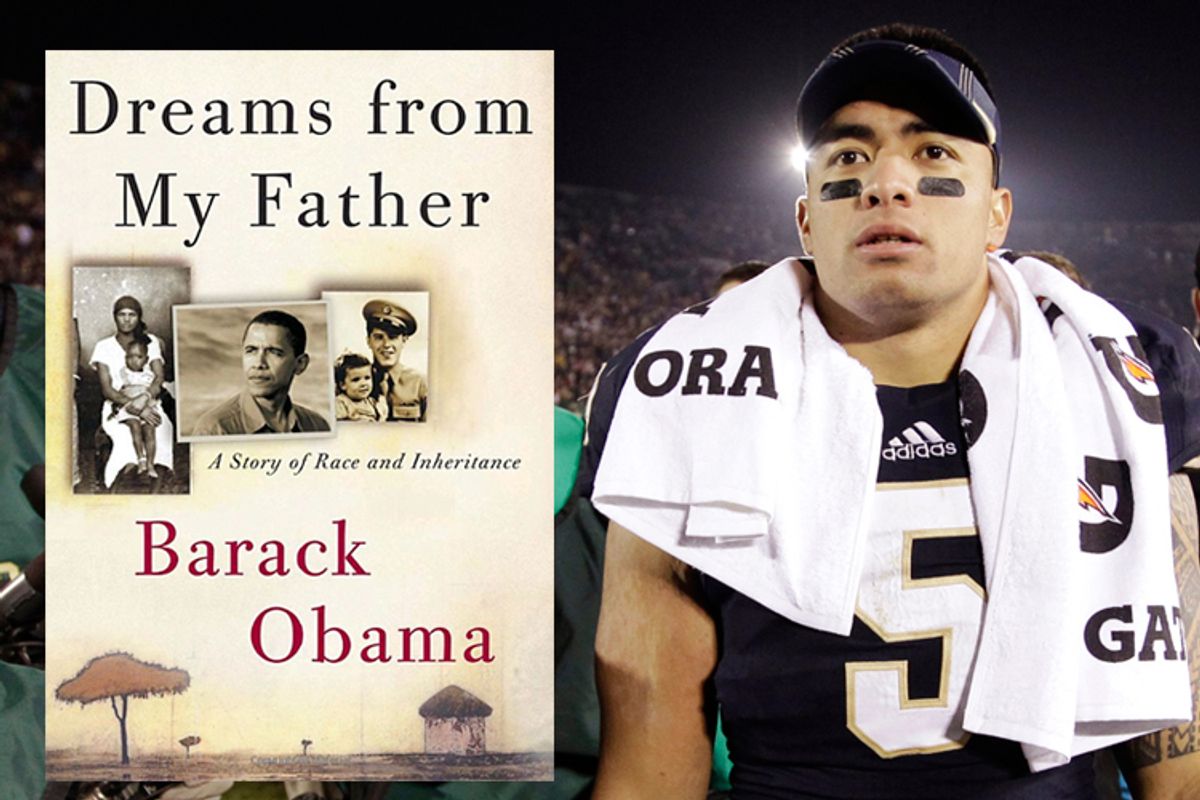 I don't even know where to begin with this. I mean, first of all, the Manti Te'o thing is a bit more complicated (and fascinating!) than "man tells story about fake girlfriend." But at least the "fake girlfriend" thing is accurate, in that case. Barack Obama, though, did not "tell a story about a fake girlfriend." Because the "girlfriend" was a real-life person who actually existed, for one thing. Barack Obama was not Catfished years before the invention of the World Wide Web. Obama (and his book explains that he did this, on like the first page) combined this real person with another real person, for narrative reasons, and then invented a name to protect their privacy. And even though his book explained this quite clearly in the introduction, all the way at the very beginning of the book, much of the press was shocked to learn last May that Obama had "compressed" two people into one, which led to Drudge inventing the "Obama invents girlfriend" meme.

But, yes, otherwise the case of Manti Te'o and Barack Obama and their made-up girlfriends are basically very similar except that The Liberal Media Gave Obama a Pass on his girlfriend-inventing, especially when they wrote all those hundreds of blog posts and articles about it 15 years after Obama revealed it himself in his book.

I am not even going to quote the second paragraph of this two-paragraph blog post, but it's also pretty funny and you should read it.

(The funniest part, though, is that Peter Kirsanow was appointed by George W. Bush to the U.S. Commission on Civil Rights.)