Does truth really matter to Oscar?

"ZD30" has been under tremendous scrutiny this awards season. But few are quibbling with "Lincoln" and "Argo" 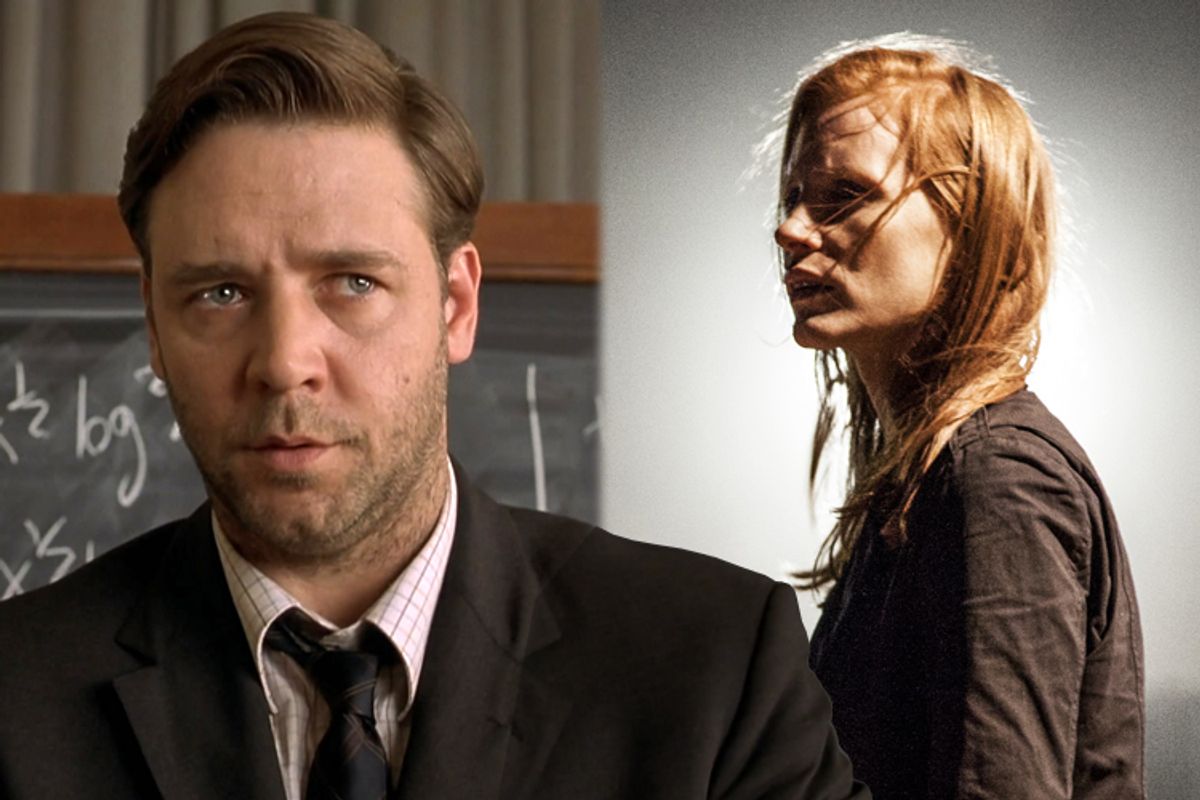 Oscar voting hasn't even started yet, but "Zero Dark Thirty" has already been through about 15 cycles of backlash. Most recently, director Kathryn Bigelow — surprisingly not nominated for an Oscar this year — defended her work in the pages of the Los Angeles Times.

"On a practical and political level, it does seem illogical to me to make a case against torture by ignoring or denying the role it played in U.S. counter-terrorism policy and practices," Bigelow writes, in response to critiques that the movie overemphasizes the role of torture, that the creators of this work of "reported film" have been spun by the CIA. The disclaimer attached to the film, “Based on Firsthand Accounts of Actual Events," hasn't mollified critics.

Even Ben Affleck, director of best picture competitor "Argo," got in the game, critiquing "Zero Dark Thirty" implicitly by saying that movies are not journalism "unless they say they’re journalism."

Play nice, Ben! We're in the midst of an awards season in which best picture nominees feature runaway slaves rampaging through plantations to effectively end slavery, in which a quasi-allegory of life in South Louisiana features mythical beasts rampaging the landscape.

And yet those films, "Django Unchained" and "Beasts of the Southern Wild," deal with characters who are unambiguously good or unambiguously evil, and with situations that are riffs on the facts that make no pretense to accuracy. Where the trouble comes is with characters with the whiff of ambiguity or -- that dread term -- politics. Though "Argo" and "Lincoln" both take some liberties with the facts, they're about freeing hostages from Iran and about ending slavery, in both cases through heroism. The factual quibbles are about the historiography, not the history -- the outcome was the same, but the importance of the film's heroes is different.

The debate over "Zero Dark Thirty," and whether it valorizes individuals committing evil acts, has more in common with past Oscar debates; Universal Pictures accused other studios of spreading rumors about the accuracy of "A Beautiful Mind" in the 2002 Oscar race. That film's subject, mathematician John Nash, was portrayed on-screen as a heroic genius struggling with mental illness, and left out Nash's supposed bisexuality and anti-Semitic views. "The timing of these latest missives and their orchestration has to be calculated," said Stacey Snider at the time. The same thing happened to best picture front-runner "The King's Speech," the subject of anonymous tips to reporters about King George VI's anti-Semitism.

So far this year, the attacks on "Zero Dark Thirty" seem to come from concerned critics acting independently; the front-runner, "Lincoln," has been dinged for things like Bill Clinton's appearance at the Golden Globes praising the film. ("People realized that [director Steven] Spielberg wants Oscar glory really badly this time, and will cash in any I.O.U.'s," said one Oscar blog before Deadline reported the president's appearance was brokered by Spielberg.) The genius of a film like "Lincoln," in terms of the Oscars, is that it's hard to make a compelling argument about its facts disqualifying it from gold. No one would argue that Lincoln didn't free the slaves -- it's a boringly nuanced debate about degree.

But if you start reading more about the film's failure to address Lincoln gay rumors and the like, you'll know that publicists in Hollywood are scared.