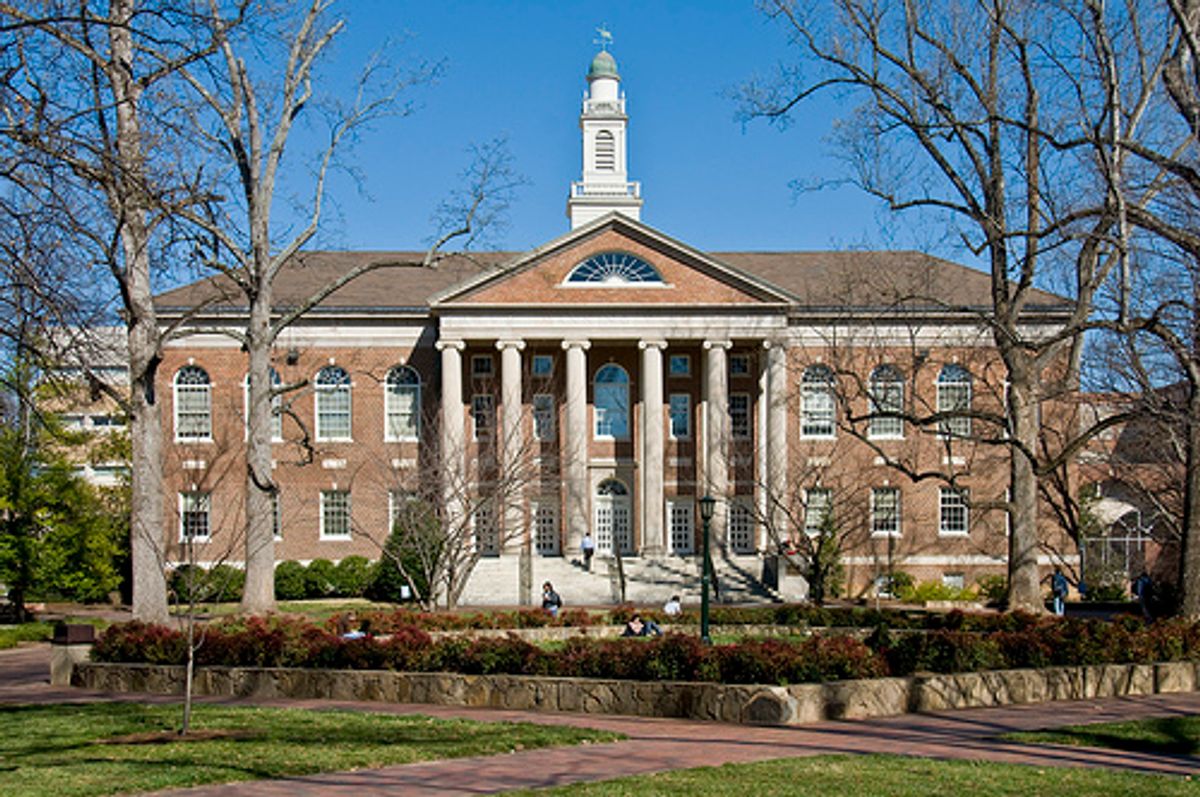 According to a complaint filed to the U.S. Department of Education, the University of North Carolina pressured former Assistant Dean of Students Melinda Manning to underreport sexual assault cases.

Manning, three students and one former student filed the complaint earlier this week, alleging that the University violated the Clery Act, Title IX of the Education Amendments of 1972, and Title VI and Title VII of the Civil Rights Act of 1964, among other federal laws.

The complaint, obtained by the Daily Tar Heel, scrutinizes UNC's handling of sexual assault cases and serves as a large-scale indictment of the actions of high-level UNC administrators.

As reported by the Daily Tar Heel:

The complaint alleges Manning was told by the University Counsel’s office that the number of sexual assault cases she compiled for 2010 was “too high” before the total was decreased by three cases without her knowledge; that she was made the victim of a hostile work environment in the dean of students office.

Much of Manning's work focused on strengthening UNC's sexual assault reporting system, but she says her efforts were met with open hostility from senior UNC officials:

The complaint states that in 2010, Manning began to encounter a hostile environment within her own office and the University’s upper administration — an environment that only grew increasingly aggressive during the remainder of her time at UNC.

According to the complaint, in 2010, when [Winston] Crisp was promoted from dean of students to vice chancellor for student affairs, Manning met with Crisp to ask him about applying for the vacant dean of students position.

“Vice Chancellor Crisp told her that he would ‘never hire her because she had a young child at home’ and what that could mean,” according to the complaint, which cites the action as a violation of Title VII of the Civil Rights Act of 1964, which prohibits discrimination on the basis of gender.

[Dean of Students Jonathan Sauls] was hired for the position.

For the next two years, the complaint states, Manning endured persistent hostility from Sauls, her direct superior, who lashed out at her with threats, retaliation and silence — a stressful combination that eventually affected her health, according to the complaint.

And it wasn't just Manning who suffered.

UNC sophomore Landen Gambill told the Daily Tar Heel that after making the difficult decision to press charges against her rapist through the University Honor Court, she assumed the trial process would be simple. Instead, Gambill says she was treated with hostility and blamed for her assault:

"The woman student said to me, ‘Landen, as a woman, I know that if that had happened to me, I would’ve broken up with him the first time it happened. Will you explain to me why you didn’t?’” she said.

Gambill said the court used her history of clinical depression and her suicide attempt — which she said was a result of her abusive relationship — against her.

“They implied that I was emotionally unstable and couldn’t be telling the truth because I had attempted suicide,” she said.

Gambill is one of the students who submitted the complaint.

Manning stepped down as dean of students last fall, but is still working to support the UNC student body:

“My original plan was just to walk away and forget about everything that’s happened,” Manning wrote the Daily Tar Heel in an email. “But I love [North] Carolina too much to do that. I can’t assume that someone else will fix these problems without my input.”