An end to naked airport scans 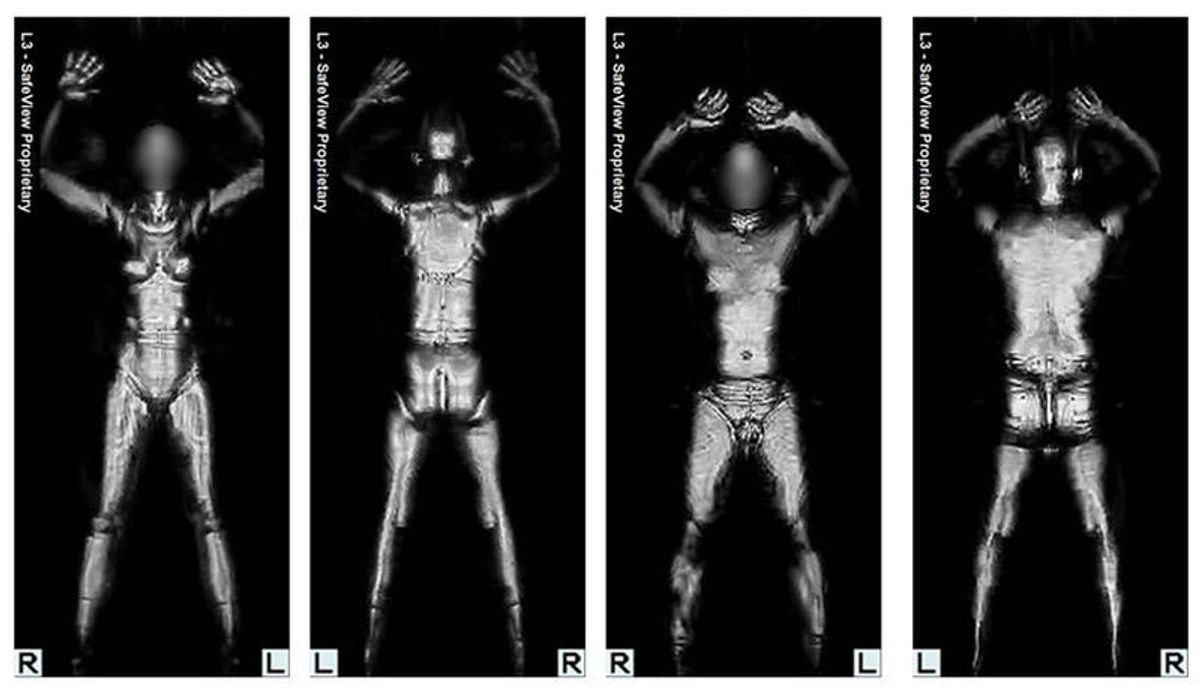 In a rare win for privacy advocates, the Transportation Security Administration confirmed Friday that it would stop using body scanners in airports which produce naked images of travelers.

The scans sparked controversy when introduced in airports nationwide in 2010. Privacy groups, in chorus with Muslim religious groups around the world, decried the images as an offensive invasion of privacy. Similarly, the rigorous pat-downs, available to passengers who choose to opt out of the scans, have been criticized as invasive and humiliating. Facing a pat-down, software engineer John Tyner famously told a TSA agent, "If you touch my junk, I'll have you arrested," launching the "Don't touch my junk" meme around the TSA's security apparatus.

Congress mandated that Rapiscan, the machine producer, be able to produce generic passenger images but the company was unable to meet the deadline on the mandate, forcing the TSA to end its $5 million contract. X-ray scanners that produce generic images showing where agents should look for an object on the traveler’s body will remain in airports.

As Wired noted, a July 2011 federal court decision found that the full body scanners were not an unconstitutional privacy breach. The decision to rely on generic passenger images, rather than scans of each of our fleshy lumps and bumps, related more to the time it takes to analyze an image and complete security procedures.