Antigovernment "patriots" are fighting over one man's involvement in a plot to build a walled city near St. Maries 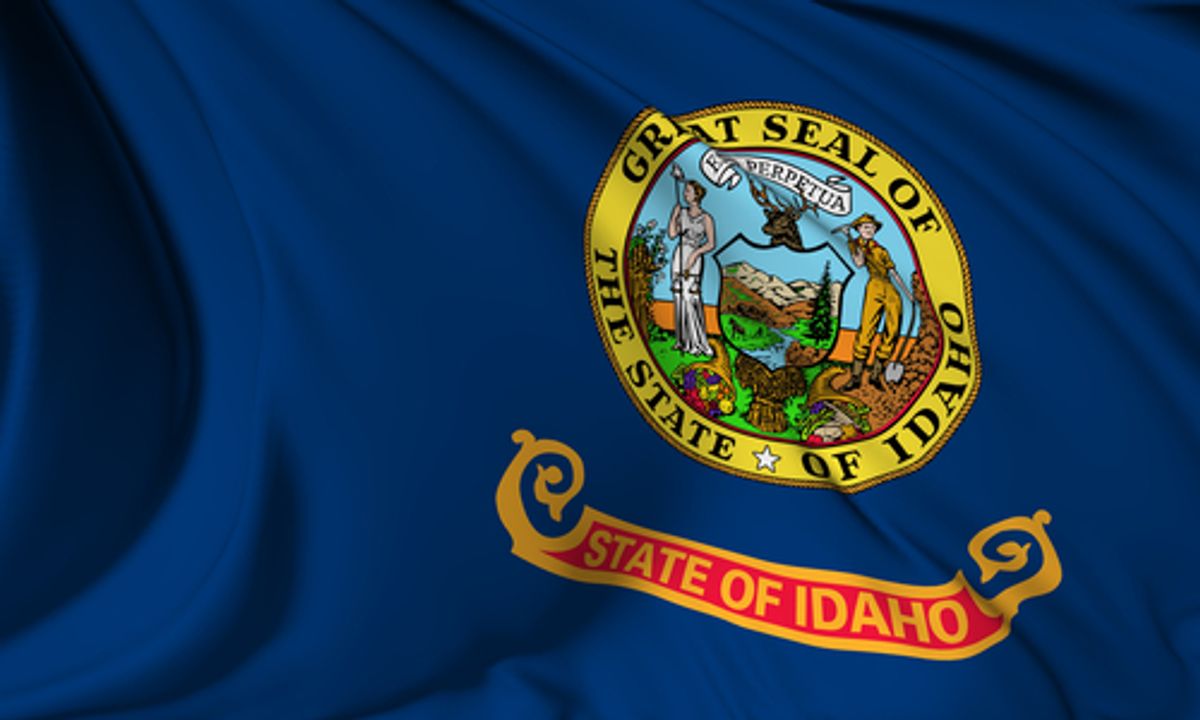 If you’re a band of antigovernment “Patriots” pitching a plan to build a walled city in North Idaho and manufacture handguns and assault rifles there, you might expect raised eyebrows, a little criticism. But potshots from other Patriots?

Potshots, indeed, are flying at III Arms Co. and its sister land development company, Citadel Land Development, the firms behind a proposed 2,000- to 3,000-acre III Citadel complex for as many as 7,000 “Patriot” families near St. Maries, in Idaho’s sparsely populated Benewah County.

The criticism is sparked by the fact that one of the key players linked to the unlikely-sounding venture is three-time convicted felon Christian Allen Kerodin, a Maryland contractor who has apparently used various aliases and whose birth name was Christian Hyman. His wife or partner, Holly Ann Kerodin, has been involved in questionable charity, counseling, publishing and other ventures that have failed, various critics say.

In the past few days, attacks on the much-ballyhooed Citadel fortress and its planned gun-building plant have come from Alabama Patriot leader and blogger Michael Brian Vanderboegh and survivalist author and so-called “sovereign citizen” James Wesley, Rawles. Rawles (who, like many sovereigns, punctuates his name in a bizarre way) generally is credited with coming up with the idea of building a fortified community in the Pacific Northwest — what he has called the “American Redoubt” — for Christian Patriots.

Kerodin, public records show, was convicted in 2004 of federal extortion, attempted extortion and possession of an illegal firearm charges. The accusations were filed in Virginia after Kerodin, purporting to be a counter-terrorism expert, attempted to coerce shopping mall owners in the Washington, D.C., area to hire him to develop better security. He served 30 months in federal prison and now can’t legally possess firearms as a felon.

“Who would want to go live in a community run by this guy?” Vanderboegh asked on his website, where he spends most of his time bashing the federal government. “Not that there’s a chance in hell he’ll even have a viable firearms business … let alone his Citadel (community).”

Rawles, for his part, said on his survivalist blog that he was “quite troubled to learn that the main promoter of Citadel III is a convicted felon.”

Kerodin “seems to imply that I’ve somehow endorsed his venture or that what they are doing fits in with my American Redoubt concept,” Rawles said. “I haven’t endorsed it, and he is not my buddy,” he added. “To the best of my knowledge I’ve never met, spoken or corresponded with the man.”

Rawles wrote that he has “nothing to do with” with the plans to build a walled fortress whose residents would make their living by manufacturing AR-15-style assault rifles and 1911-style .45-caliber semi-automatic pistols. “My only nexus to him is that he chose a piece of land that is in one of the states that I recommend for relocation. He has apparently tried to capitalize on my name,” Rawles said.

This week, Kerodin responded angrily on his blog, saying “Little Mikey Vanderboegh is attempting, once again, to hurt hundreds of Patriots, using me as a weapon.”

He asked if Vanderboegh had enough “courage to ever meet me face-to-face and repeat your written words,” and dared him to show up at a meeting on April 19, the anniversary of the 1995 Oklahoma City bombing. “Insignificant people like Vanderboegh will always seek to attack the winners in life,” the convicted felon sniffed. “For those Patriots involved in the Citadel project, march on!”

Kerodin has an assortment of antigovernment rants on his blog and talks there about changing his name when he decided to open a “small security consulting firm in the D.C. area.” “Knowing that I was certain to annoy various elements of the violent Muslim world, I went to court and legally changed my name,” he wrote in 2010. “The concept was that when I ticked off the Muslims and they came looking for me, they would not show up at my parent’s home or sister’s home, endangering my family.”

Kerodin’s associate, James L. Miller, who identifies himself as president of III Arms Co., also responded angrily to the project’s critics on the Citadel’s Facebook page. “Folks, we are being slandered by some very disgusting people, and that slander has been furthered by someone a lot of us probably both trusted and respected: James Wesley, Rawles,” Miller wrote.

“Mr. Rawles, without researching a single bit of the cut/paste hatchet job from a cancer ridden, soon-to-expire self-admitted communist, has insulted the intelligence of Patriots all across the globe,” Miller wrote.

Its promoters say that III Arms Co. “exists to help Liberty survive by dedicating revenue to build a community of Patriots, by Patriots, for Patriots. You can find us in the Citadel, Idaho.” Its website continues: “More than 40 American Patriots joined together to form III Arms and to build solid firearms with a purpose: Fighting Arms to defend Liberty,” according to its website, which already is taking orders for assault rifles and semi-automatic pistols.

“The Citadel will be a small planned community of 3,500-7,000 families of patriotic Americans who voluntarily choose to live together in accordance with Thomas Jefferson’s ideal of Rightful Liberty,” the website adds.

Citadel is now accepting $208 “application fees” for Patriot applicants, who must pass a screening test to be accepted in the community Kerodin and his partners say they are planning. “Marxists, Socialists, Liberals and Establishment Republicans will likely find that life in our community is incompatible with their existing ideology and preferred lifestyles,” its website says.

“We hope to acquire our final destination for the Citadel during the summer of 2013, and break ground shortly after,” the Citadel backers say on their website.

The proposed patriot community is stirring a lot of interest and media coverage, spurred in part by the national gun-control discussion. It got a brief recent mention in the far-right Drudge Report.

The St. Maries Gazette, a weekly newspaper in the community, reported this week that county property records show that III Arms Co., LLC, of Meridian, Idaho, bought 20 acres at the head of Cherry Creek in October. “The property is served by a logging road and is not accessible during winter months,” the newspaper reported.

The editor of the newspaper, Dan Hammes, told Hatewatch that he has made repeated unsuccessful telephone and E-mail attempts to contact Citadel representatives. “I’ve gotten nothing back from them,” he said.

Christina Crawford, president of the Benewah Human Rights Coalition, said that many in her community question if the Citadel backers can find enough land and meet necessary water-rights and sanitation requirements.

“Benewah County has had the reputation in the past of being the Wild West, but that doesn’t mean building codes and health requirements will be thrown out the window,” she told Hatewatch. “Our concern is not only for the people coming in, but for the people already here.”

Although the Citadel backers have boasted that they already have several hundred families planning to move to their dream city, there’s no evidence that that is in fact the case. In any event, Crawford said, reports of the planned project have “alerted, I won’t say alarmed, people who live here.”