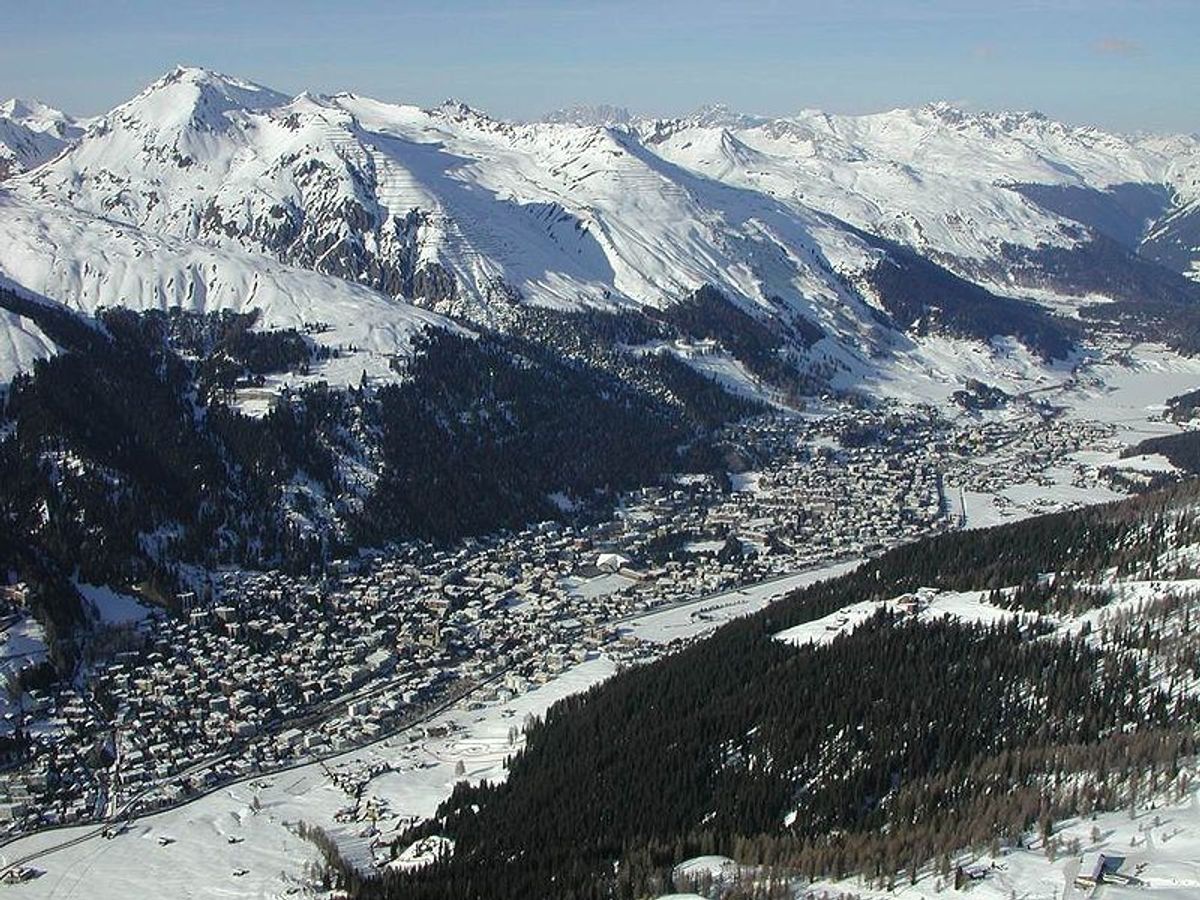 World leaders, CEOs and economists are this week tucked away in a skiing village in Switzerland, making predictions -- which have historically not borne out -- about the economy, the climate and impending doom or lack thereof. As the annual World Economic Forum begins at Davos Tuesday, there will be networking, hobnobbing, blue-sky thinking, auguring and at the end of it all, many commentators note, not much changes for the rest of us.

The WEF, Andrew Ross Sorkin noted in the New York Times Monday, is rife with prediction-making. "The predictions that have emanated from Davos always have a ring of plausibility to them, in part because of the credibility of the speakers. But all too often they fall short." Sorkin notes that Bill Gates didn't think much of "the Google guys" in 2003; and, in 2008, C. Fred Bergsten, senior fellow and director emeritus of the Peter G. Peterson Institute for International Economics, said “It is inconceivable — repeat, inconceivable — to get a world recession.”

WEF founder Klaus Schwab since issued a mea culpa about the Forum's collective failure to anticipate the financial crisis. "We let it get out of control, and attention was taken away from the speed and complexity of how the world's challenges built up," he said. But as Jem Bendell, a professor of sustainability leadership, commented on Al Jazeera Tuesday, "I wondered at the time whether an institution that pays its bills by convening the world's largest companies to entertain them at high-powered meetings would be beset by a form of systemic sycophancy, restricting its ability to explore any root causes that might challenge members." Does the echo chamber reverberate too loudly in those Swiss mountains?

While the annual meeting is awash with banking CEOs (big-name delegates include Anshu Jain of Deutsche Bank AG, Brian Moynihan of Bank of America Corp., Lloyd Blankfein of Goldman Sachs and HSBC's CEO Stuart Gulliver) and honchos from major corporations (Pepsi, Wal-Mart, Yahoo), the WEF this year made efforts to inject some young blood. Bendell notes that the WEF "has made efforts to diversify participation, most recently with the Global Shapers, who are twenty-somethings chosen by local representatives ... [But] Kumi Naidoo, head of Greenpeace ... reminds us: access is not influence. Holding the door open for new constituents is not the same as real engagement as equals." Essentially, political and corporate cronyism is not necessarily interrupted by a bit of new blood in the room.

From the outside, Davos appears the stuff of fictional "30 Rock" character Jack Donaghy's dreams. There are nonsense terms (the theme of this year's conference is "resilient dynamism") and unnecessary acronyms (an "IGWEL" is an Informal Gathering of World Economic Leaders -- by invitation only); there's military-protected seclusion (3,300 Swiss troops -- yes, they exist --  will protect the meeting); and there's loads of champagne. Reports from within suggest it is little better more than a great place to network and master leader-speak.

As the Economist reported on stats from P.R. firm Edelman, the public has registered profoundly low levels of trust in business leaders and government officials to do anything useful. "Edelman suggests that leaders have been slow to adapt to the requirements of a world in which top down is no longer the best way to lead, or in many cases even a viable one," the Economist noted. "Suffice it to say, there is nothing more top down than trying to lead the world from high up a mountain."