Did Beyoncé lip-sync yesterday? Does it matter?

She may have dazzled at the inauguration, but the singer's note-perfect national anthem has some suspicious 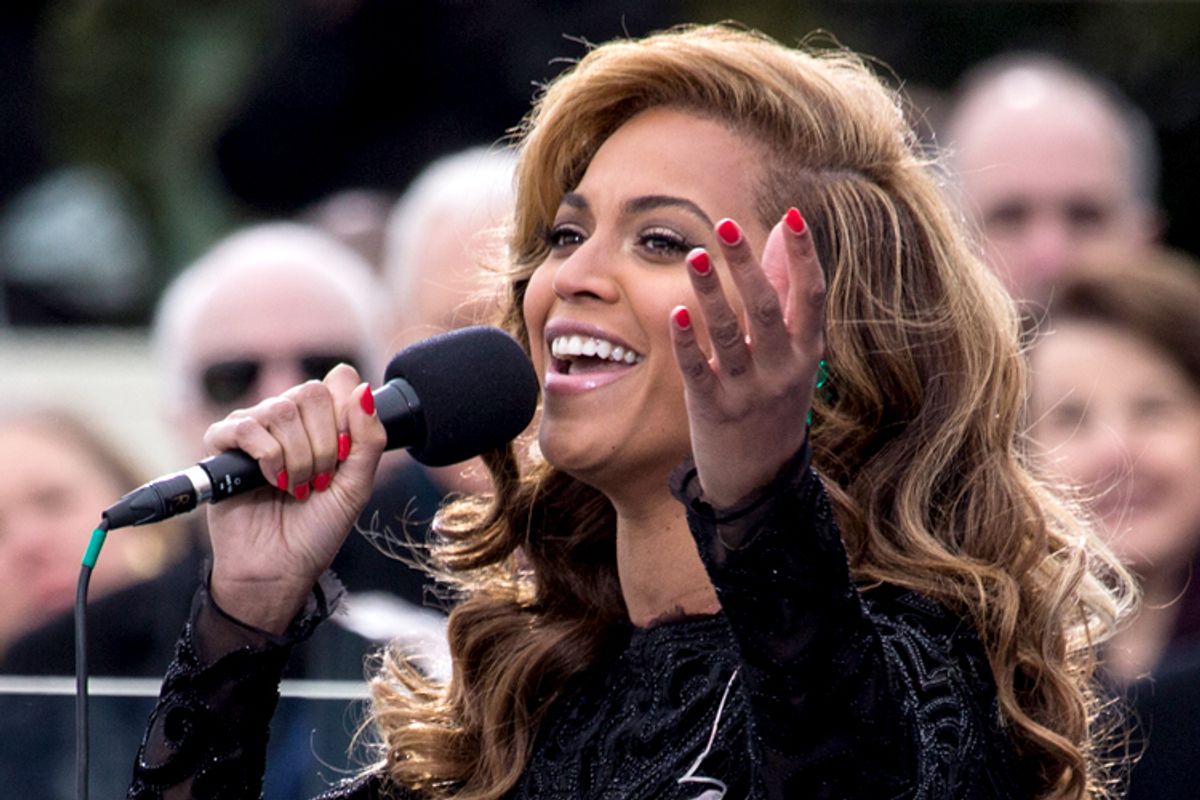 Perhaps it really was too good to be true.

Beyoncé closed yesterday's inauguration ceremony with one of the most impressive performances of "The Star-Spangled Banner" in memory -- comparable both in quality and in context to Whitney Houston's Gulf War-era Super Bowl performance.

But the Washingtonian reports that Beyoncé was lip-syncing the anthem. The pop singer even posted an Instagram photo of herself in a recording studio with the Marine Corps Band.

The revelation of lip-syncing is hardly earth-shattering. At the Super Bowl, where Beyoncé performed "The Star-Spangled Banner" in 2004, performers must provide and often use what are known as "backing tracks," to eliminate the possibility of any kind of screw-up in an enormous venue. (Notable examples of Super Bowl chanteuses relying on a track include Beyoncé's "Dreamgirls" rival Jennifer Hudson and, yes, Houston herself.) And at the 2009 inauguration, Itzhak Perlman and Yo-Yo Ma only mimed playing their instruments while a track played — in the freezing cold, strings shrink and fingers lose their dexterity. Besides, there are hundreds of millions watching: When artists rely on simply their pipes rather than pre-recorded versions, the end result can be Christina Aguilera's lyrically confused meltdown at the Super Bowl.

"Beyoncé decided shortly before her performance to rely on the studio version rather than risk singing it live on the Capitol," reports the Times of London (and the New York Post confirms this account). This means that in providing a tape of herself singing and deciding based on external factors (the icy weather, for one thing) to use it, she was following standard operating procedure for major television events.

The jokes about Beyoncé's backing track and Obama's TelePrompTer (and the question of why she bothered to rip out her earpiece) may be forgotten once Beyoncé does her next big televised performance, at the Super Bowl halftime show. Last year, Madonna, that most synthetic of pop stars, managed to disappoint her fan base by relying on a track in a dance-heavy routine. Good luck, B.