Forty years after Roe v. Wade, why do we still think of white middle-class women as the typical abortion patients? 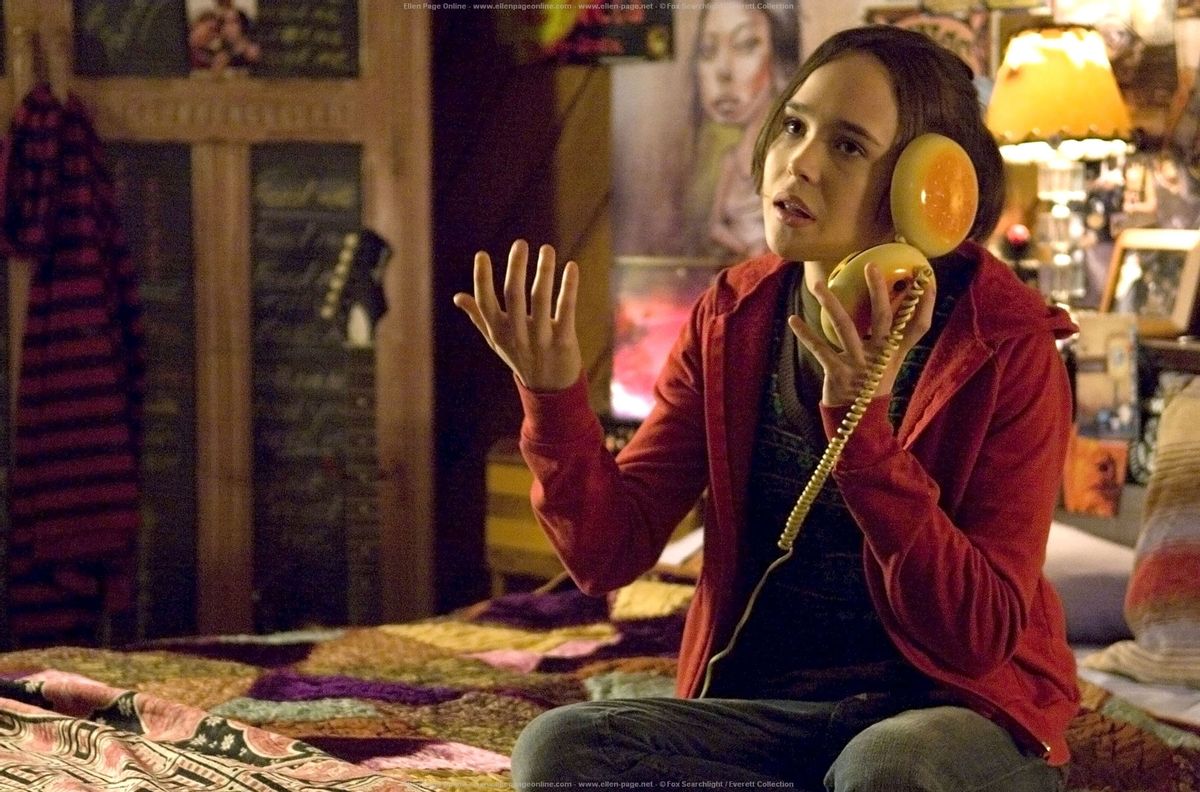 In the 40 years since Roe v. Wade, quite a bit has changed about the abortion debate. Evangelicals have taken the helm of the anti-choice movement, once dominated by Catholics. The movement has shifted strategies repeatedly—from stoking moral outrage and blocking abortion clinics to feigning concern for women’s health and, most recently, passing innocuous-sounding building regulations aimed at eliminating access to abortion. For its part, the pro-choice movement has mellowed since the days radical feminists crashed town hallsinto a professionalized juggernaut of lobbyists and lawyers with a mighty service arm known as Planned Parenthood.

But one thing that hasn’t changed since 1973 is the public image of what a typical abortion patient looks like: A middle-class, white high-school or college student with no children whose bright future could be derailed by motherhood. Hollywood portrayals of abortion patients are few and far between, but largely reinforce this understanding; Juno, Friday Night Lights, and Parenthood all focused on characters from this demographic. But these images, while they were closer to reality once, don’t say much about the typical abortion patient of today.

In the ’70s, this image of the typical abortion patient was largely accurate.According to the Guttmacher Institute, women ages 18-19 accounted for 33 percent of the total abortions performed in 1974, with those in their early 20s made up another third. Fifty-four percent were childless, and 72 percent were unmarried. Data about the racial breakdown of abortion recipients in the early years after Roe v. Wade is hard to come by; racial data only began being tracked in the 1980s. But extrapolating back, it’s clear that for most of the first decades after Roe, a large majority of abortion patients were white.

The shift is the result of economic pressures and changing patterns of contraceptive use. Improved contraception use has led to a drop in the abortion rate for pretty much all groups of women since the 1970s. But in the early 2000s, the National Center for Health Statistics found that while contraception use in American women had been climbing for decades, it stalled in the 1990s. Loss of access for poorer women seemed to be the sole reason for this troubling trend, which led to an explosion in unplanned pregnancy, and therefore abortion. While poor women have seen a spike, women in the middle class continued to see unplanned pregnancies decline.

The most recent data suggests that the disparity has only gotten larger. Today, a full 42 percent of women having abortions live under the poverty line, and another 27 percent have incomes within 200 percent of the poverty line. Taken together, 69 percent of women who have abortions are economically disadvantaged. Given recent attacks on Planned Parenthood—Texas, for instance, has rejected federal funding of the organization entirely—this trend is likely to continue. One can only hope the expansion of health-care coverage—with the contraception mandate included—under the Affordable Care Act can repair the damage.

With numbers like these, why does the ’70s-era image of the white, middle-class teenager as the typical abortion patient persist? For one thing, the anti-choice movement, dominated by white evangelicals, presents it as the paradigmatic, relatable example. Georgia representative Phil Gingrey, who recently came to the defense of Todd “legitimate rape” Akin, referenced a “scared-to-death 15-year-old” when conjuring the image of a prototypical abortion patient. In comparing rape to having a baby out of wedlock, GOP Senate candidate Tom Smith cited his own daughter’s choice not to abort,.

While there have been some recent efforts by anti-choicers to target women of color in their marketing, they have every reason to stick to a narrative that focuses on young white women as abortion patients. For one thing, anti-choicers heavily promote adoption as the preferred alternative to abortion, so it’s in their interest to imply that most abortion patients would have otherwise produced healthy white infants ready to be snatched up by affluent couples. As the cultural standard for purity, white teenage abortion patients reinforce the idea that young women who have pre-marital sex shame themselves and their families. Women of color and poor women tend to be nastily stereotyped as sexually incontinent over-breeders (e.g., the “welfare queen”)—the media doesn’t obsess over their “purity.”

Of course, the image has cultural salience outside of right-wing circles. This country is positively obsessed with the sexual choices of unmarried, affluent white women in this new era of women’s rights and women’s autonomy. The bodies of young white women are the focus of most porn and most abstinence-only propaganda. Sandra Fluke became a household name simply by talking frankly about the sexual health needs of women like herself. Any given day in the tabloid media, the sexual activity—who they are or aren’t screwing, who they’re gestating—of young, mostly white, always wealthy women dominates the coverage.  In a swirl of restrictive, degrading images of women that center their moral worth in between their legs, the complex realities of abortion decisions don’t stand a chance.

The problem is that while the country is preoccupied with the sex lives of middle class and rich women, poorer women in this country are quietly having a sexual-health crisis. Already inadequate access to contraception is declining, causing the need for abortion access to rise. Bans on federal funding for abortion and affordable providers like Planned Parenthood shutting their doors puts even more stress on an already stressful situation. Forty years afterRoe v. Wade, there’s strong evidence that the dreaded pre-Roe black market for abortion has returned, though now it lives on in internet trade of shadily sourced abortion drugs instead of in makeshift clinics in back alleys. While the war over the legal right to abortion wages on, the big battle now is and should be trying to expand contraception access so that everyone, regardless of race or income level, has the same chance to determine when she gets pregnant as economically privileged women now enjoy.