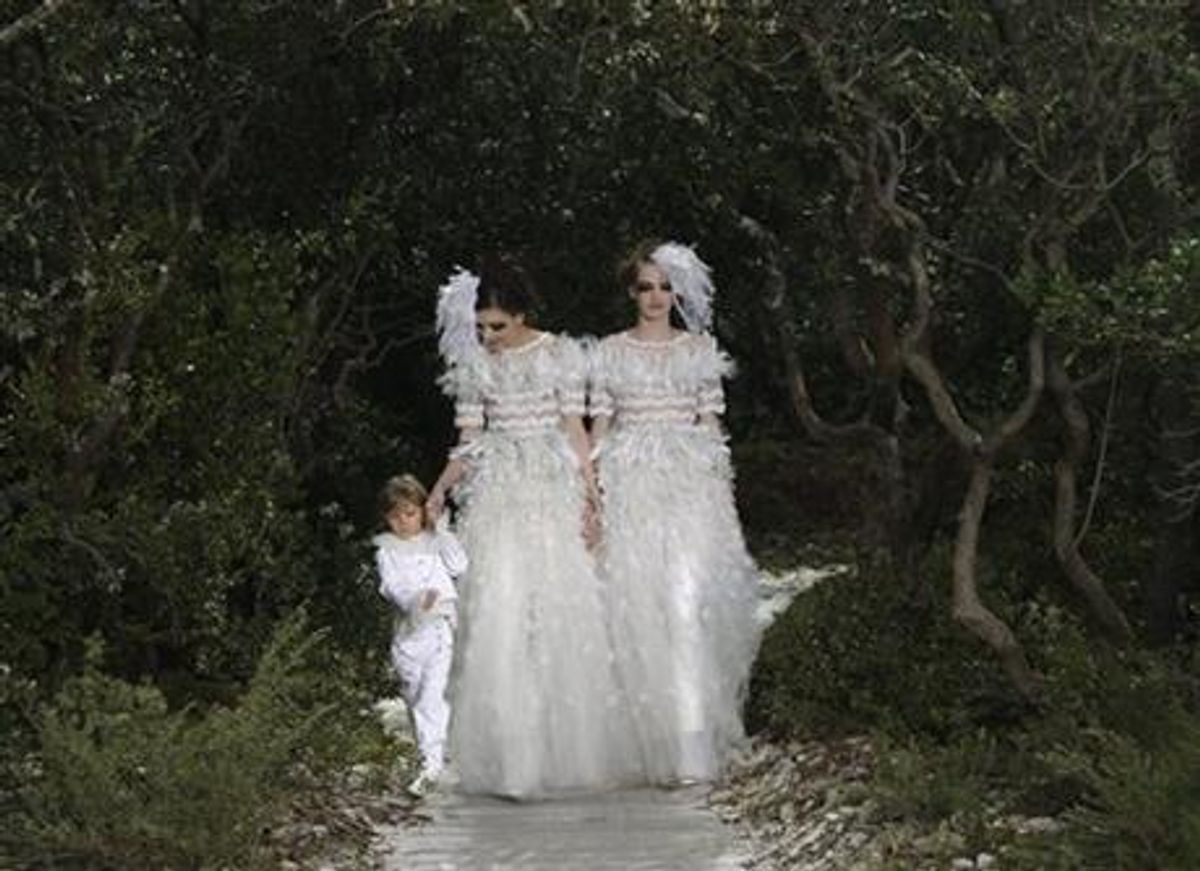 "I don't even understand the debate. Since 1904 (in France) the church and state have been separate," Lagerfeld said after Tuesday's show.

The German-born designer also hit out against the "intolerance" of religion.

"If (those against) want a sacred religious union, (they can) in the church, temple, cathedral, synagogue or mosque."

However, Lagerfeld said he was opposed to gay couples being allowed to adopt children.

French President François Hollande is meeting with opponents of the proposed law on Friday.