Arthur Schirmer, former associate pastor at a Methodist church, still awaits trial for the death of his first wife 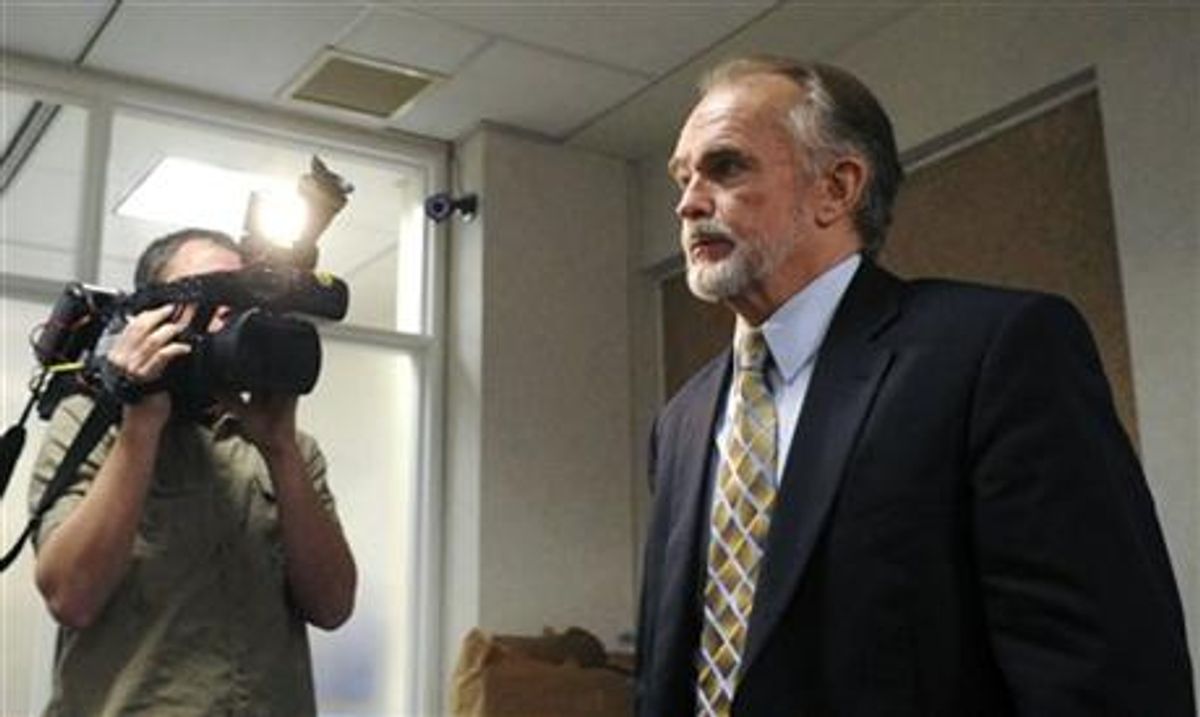 STROUDSBURG, Pa. (AP) — A former Pennsylvania pastor awaiting trial in the 1999 death of his first wife was convicted Tuesday in the 2008 death of his second wife.

Arthur Schirmer, a former associate pastor at a Methodist church in Reeders in northeast Pennsylvania, blamed the second death on a slow-speed car crash and said his first wife fell down the stairs. But authorities ultimately charged him with killing both women.

The verdict came after prosecutors argued in court that Schirmer clubbed Betty Schirmer on the head with a crowbar, then loaded her into their PT Cruiser and staged a low-speed accident.

But Schirmer's attorney insisted in his closing argument that while his client cheated on Betty, 56, he had no motive to kill her.

Schirmer was convicted of first-degree murder and evidence tampering. He pleaded not guilty and maintained his innocence. His attorney pledged to appeal.

The ex-clergyman is charged separately in the 1999 death of his first wife, Jewel Schirmer, and awaits trial in Lebanon County.

Schirmer, a longtime United Methodist pastor, asserts that Jewel — his wife of more than 30 years — fell down the basement stairs while vacuuming. He said he found her with the cord of a Shop-Vac wrapped around her ankle.

Like Betty Schirmer, he said, Jewel Schirmer suffered "forceful, hard blows to the back of the head. It was murder, and it was going to happen again."

Schirmer took the stand in his own defense last week and testified that he was driving his second wife to the emergency room for treatment of jaw pain when he swerved to avoid a deer and hit a guard rail.

Local police initially treated it as a straightforward car crash. State police began a more thorough investigation months later, when a man committed suicide in Schirmer's office after learning the pastor was in a relationship with his wife, the church secretary.

Authorities ultimately concluded the crash could not have caused Betty Schirmer's extensive head and brain injuries. Police also found her blood on the garage floor, along with evidence that someone had tried to clean it up. Schirmer contends she was cut while helping him move a wood pile weeks before the crash.