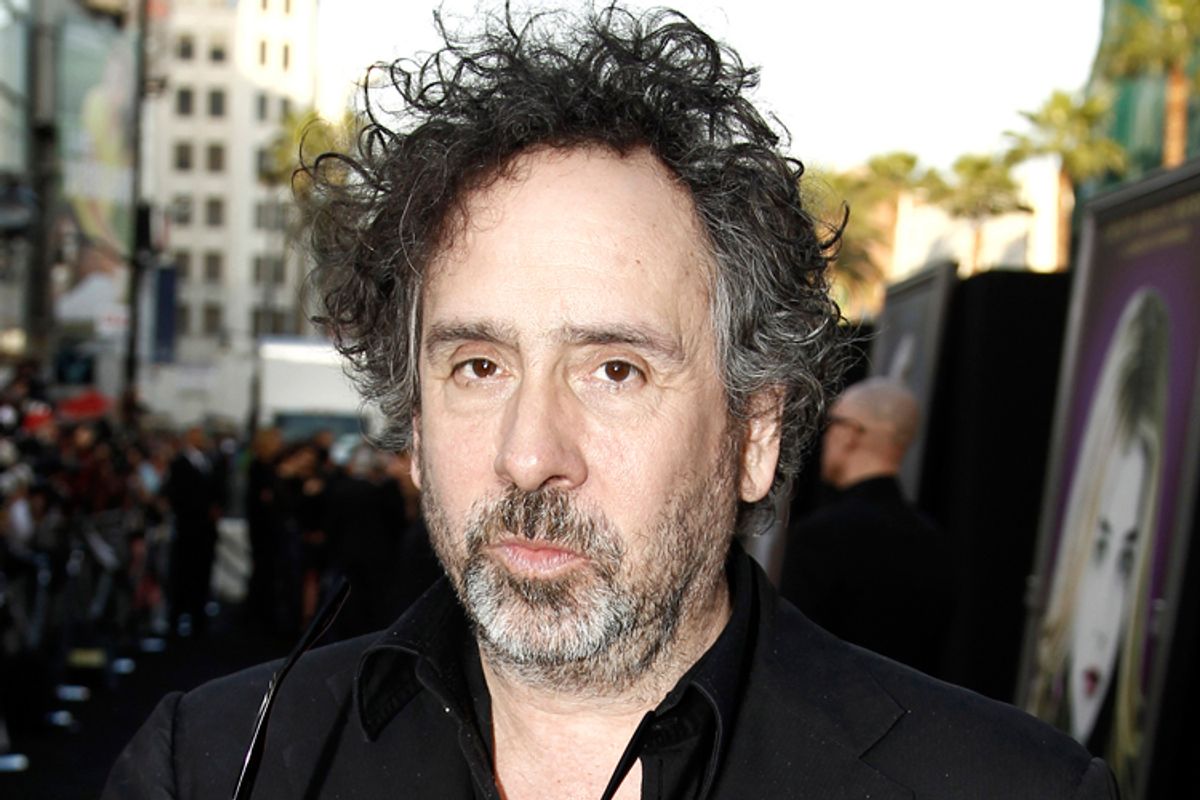 Hard though it may be to believe given the breadth of his career and his particularly well-defined aesthetic, Tim Burton had only been nominated for an Oscar once before this year. Then as now, the support of the academy came for his animated films for children; Burton was nominated for best animated film for 2005's "Corpse Bride" and 2012's "Frankenweenie," a stop-motion film (painstakingly made by resetting the positions of models infinitesimally) about a reanimated pet pup. He spoke to Salon about his history with animation and with the Oscars.

Why is it that your animated films have caught on so much more with the academy?

That's hard for me to know. I don’t really know. I enjoy them -- I started my career as an animator, and I wasn't a very good animator, but I always loved it. I was such a fan of Ray Harryhausen. I think just starting my career at Disney, it has something to do with my background. And it’s such a pure form -- it’s why you like making movies in the first place.

Does your appreciation for animated films come from the fact that they're in some ways much simpler than your complicated, ornate live-action films?

They're not simpler -- but they definitely cost less. Given this form of animation, it’s not high on the studio's list of priorities. And that's fine. The thing that’s beautiful about it -- it’s like a live-action film just on a smaller scale. It’s very tactile.

Who are your animated films for? Savvy kids? Their bored parents? Any kid at all?

If I stop to sort of think about that, I’ve never been able to target it. Early on, people said ["Frankenweenie" was] too weird for kids. It's similar between live-action and animated films -- even if it’s for kids, you also like to think adults would enjoy it as well. But I never really target it -- that would be kind of dangerous.

Do you think you'll concentrate on animation more in the coming years? In 2012, "Frankenweenie" was received positively, but the live-action "Dark Shadows" wasn't, really.

I like doing both -- I’ve had the type of career where any movie can go either way. It’s always been that way. And you go from one project to the next. You hope you can keep doing it in any form. They both offer something different. A few years ago when computer animation came into the mainstream, Disney said they were going to stop making hand-drawn animation. Thankfully, they didn't -- but what you hope for is that all forms of animation can survive.

If "Frankenweenie" doesn't end up winning, what would you like to see take home the Oscar? [The other nominees are "Brave," "ParaNorman," "The Pirates! Band of Misfits," and "Wreck-It Ralph."]

I haven't really seen the other ones yet, so I couldn't say. That would be an unfair estimate. I do know a lot of the people from Pixar, and I went to school with John Lasseter. I try not to think too much about it. It’s not in your hands. Going to awards shows, you feel like you're back in school a little bit.

So do you care much if you win or not?

I think it’s nice if something is recognized. Well, every film, you could say people work hard on. But, somehow, a film like this, people spent a couple of years in a dark room making this thing. Any form of recognition that can keep stop-motion alive and honor the work people put into it -- that’s nice.