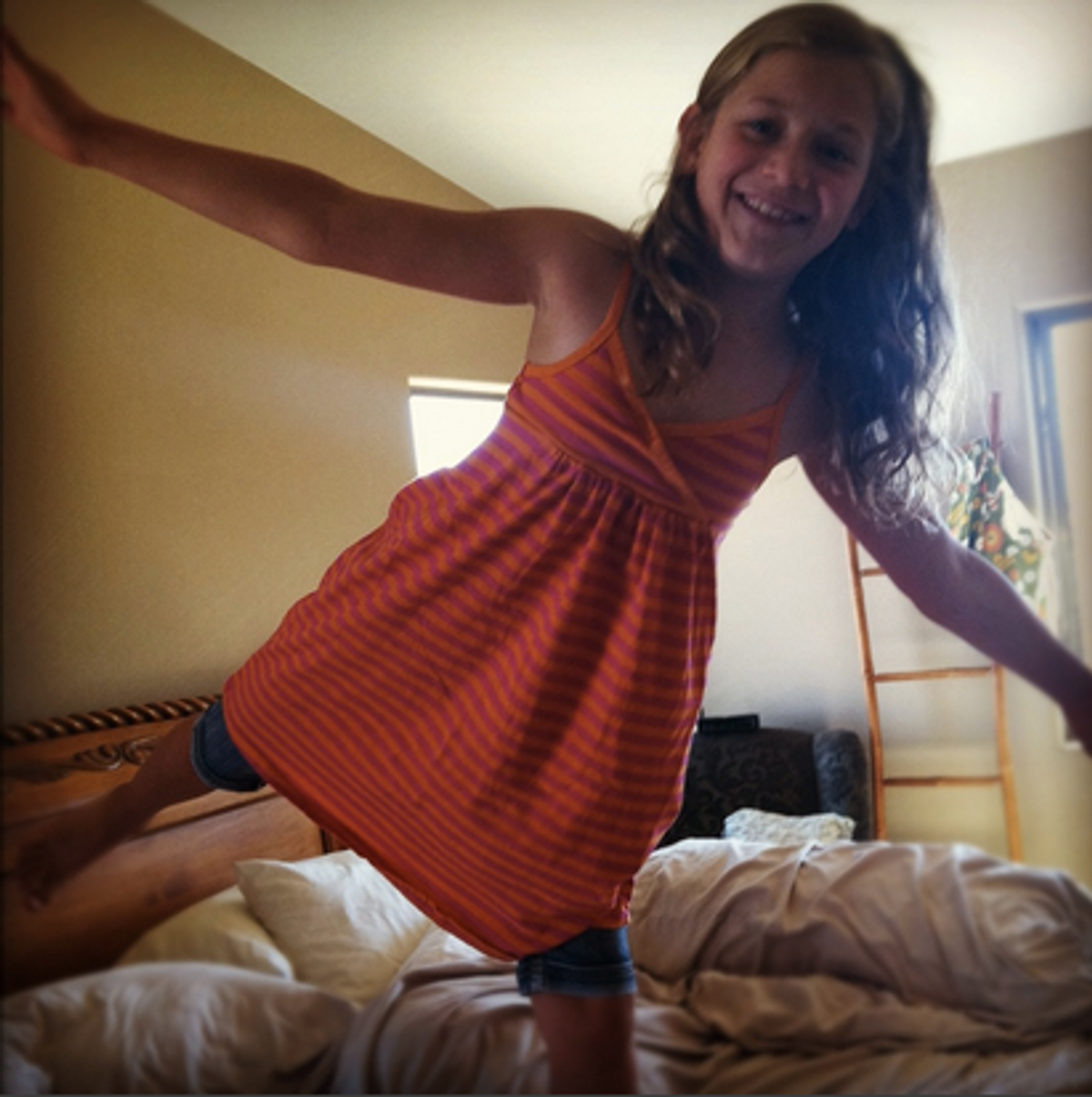 Like so many others on Monday, Sadie was thrilled when President Obama spoke of the Stonewall uprising in the same breath as Selma and Seneca Falls, directly addressing gay rights in his inaugural address.

"Our journey is not complete until our gay brothers and sisters are treated like anyone else under the law," the president said.

But as an 11-year-old trans girl, Sadie couldn't help thinking something important was missing from his speech: transgender rights.

So she put pen to paper and wrote an addendum for the president, hoping to tell him a little about her experience of growing up trans:

"The world would be a better place if everyone had the right to be themselves, including people who have a creative gender identity and expression. Transgender people are not allowed the freedom to do things everyone else does, like go to the doctor, go to school, get a job, and even make friends.

Transgender kids like me are not allowed to go to most schools because the teachers think we are different from everyone else. The schools get afraid of how they will talk with the other kids' parents, and transgender kids are kept secret or told not to come there anymore. Kids are told not to be friends with transgender kids, which makes us very lonely and sad.

When they grow up, transgender adults have a hard time getting a job because the boss thinks the customers will be scared away. Doctors are afraid of treating transgender patients because they don't know how to take care of them, and some doctors don't really want to help them. Transgender patients like me travel to other states to see a good doctor.

Sage, Sadie's mom, encouraged her daughter to write to the president because she thought "it might help empower her and overcome any feelings of oppression," she told the Huffington Post.

The experiences and stories of trans people are gaining a new level of visibility in the United States. Just last month, Barbara Walters interviewed Jazz, another 11-year-old trans girl who is navigating the awkward terrain of adolescence and puberty.

And as Jazz's mother says in her interview with Walters, like so many other trans youth, meeting Jazz is usually the first step to understanding and accepting her.

"The can't wrap their mind around the idea of a transgender kid. And I want to tell everybody they're wrong and show them Jazz, because when people meet her they start to get it."