Government has no fixed size 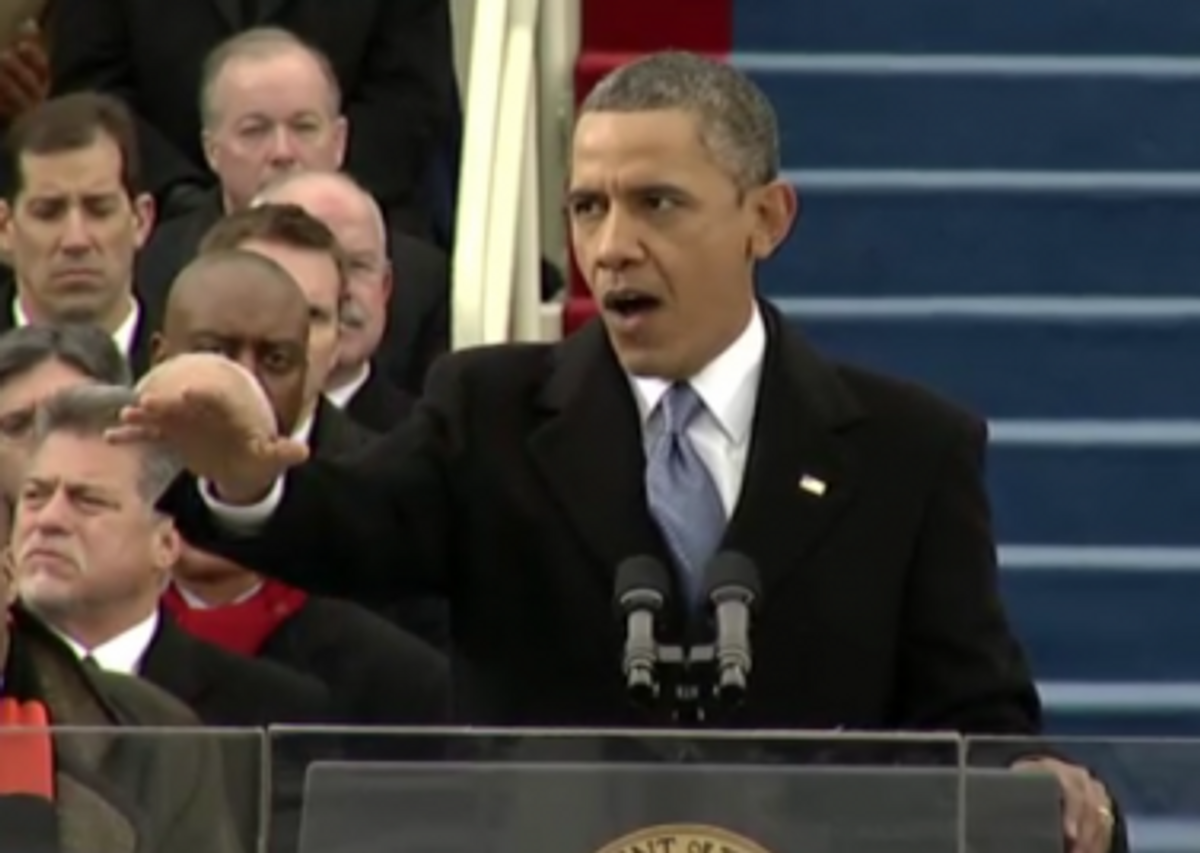 Almost hidden in President Obama’s second inaugural address was a key idea that received little if any attention. The focus has been on the president's eloquent defense of collective government, and who couldn't be gratified by that? Time and again, he used the world “together” to describe the nation’s purpose. Government is about working together, and Obama very nicely made the case for it in the face of 40 years of pronouncements by those who disparage government and want to cut it down, if not out. Democrats, not just Republicans, have been leaders in this quest.

But for me, what was most interesting about Obama’s speech was the emphasis on how we must change with the times. I was interested because I wrote a book about this. I take no credit for Obama’s point, because my book was titled The Case for Big Government. I doubt he would be caught even in the privacy of his own bedroom reading a book with that title.

Seeing the title, many presumed I was writing about Keynesian policy. In fact, my argument was that the size of government is not the issue, the need for government is. I cited the work of economists who show that size and high taxes have not automatically deterred growth. But when I published this before the crash, Republicans in particular, but also some Democrats, kept talking about the original intentions of the Founders and were urging us not to go beyond the early purposes of government. That is where I focused my attention: the needs of government change as society, science, social thought,  technology, and expectations advance.

To say government must be small is nonsense. Government must be the size necessary to make a society and economy work, and that is not fixed -- nor could it possibly have been known by farmers in the late 1700s.

Here is what Obama said about change on Monday:

[W]e have always understood that when times change, so must we, that fidelity to our founding principles requires new responses to new challenges, that preserving our individual freedoms ultimately requires collective action. For the American people can no more meet the demands of today's world by acting alone than American soldiers could have met the forces of fascism or communism with muskets and militias.

Let me reemphasize that this has been said before but not often enough. Surely it is not part of the media discourse and it is not part of the thinking of those budget writers in Washington who claim the federal government should be a fixed proportion of GDP. I refer of course to the Bowles-Simpson budget balancing plan that so many think is the height of good sense. They’d like to limit federal spending to 21 percent of GDP -- no matter that our society ages, that health care is more costly, that we need to educate preschool children and better educate those in higher grades as the world gets more competitive, that our poverty rate is still high, that our ability to create jobs is under severe challenge, and so on.

There are no fixed rules for what government should do because we can’t anticipate the future. The colonial writers of America’s Constitution did not know we’d need high schools or highways, electricity or polio vaccines, MRI machines or antibiotics, fertilizers or pollution restraints, gasoline or wind power, or computer chips. They didn’t even know we’d need railroads.

Our view of human rights also changes. Slavery is now abhorrent to almost all, women are equal, those with birth defects require help, and very young children, we have learned, benefit greatly from educationally nourishing environments.

Most of this requires government, and President Obama recognizes this. His agenda, what we must now do “together,” includes climate change, equal rights for women and gays, gun control, and a sensible international policy for the times. He goes on, “So we must harness new ideas and technology to remake our government, revamp our tax code, reform our schools, and empower our citizens with the skills they need to work hard or learn more, reach higher. But while the means will change, our purpose endures.”

The means will indeed change, and the nation would do well to accept that truth, or it will not rise to the challenges of this new century. I originally titled my book The Purpose of Government. Maybe that would have been better. But the point remains the same. Shed ideology about government and fixed ideas and turn our attention to what must be done. Yes, my guess is it would mean bigger government. But so what?