Hillary Clinton blows up at Republican senator in Benghazi hearing 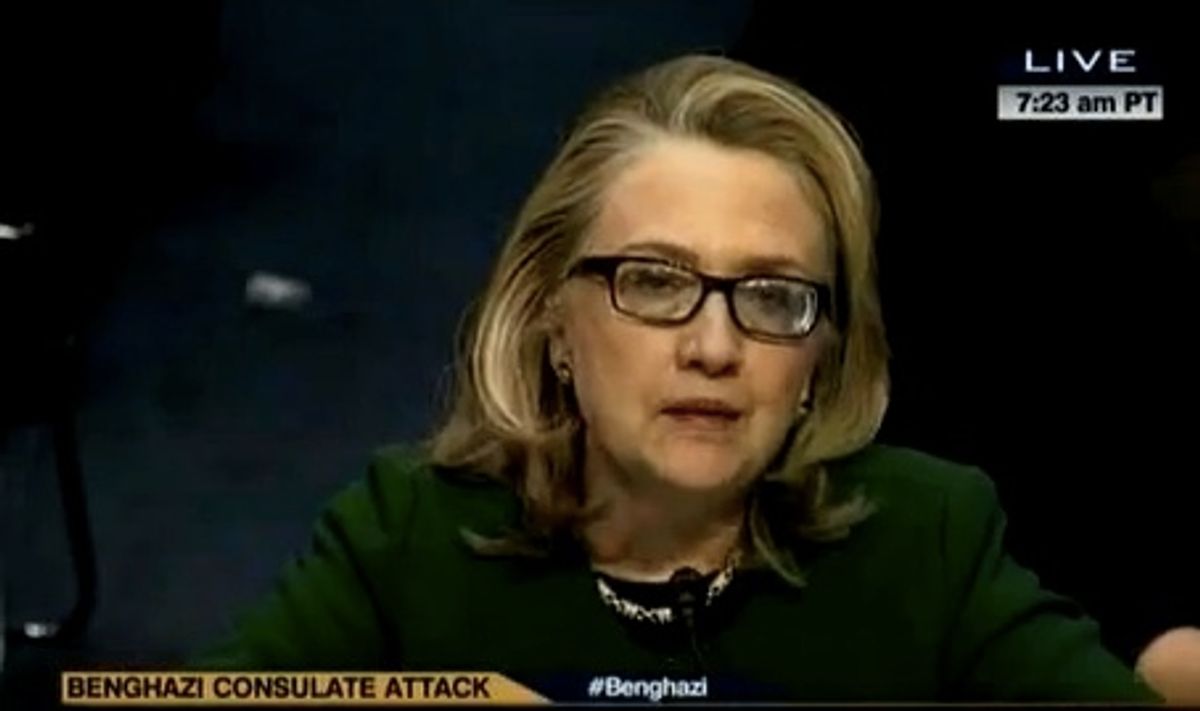 In the most explosive exchange from the Benghazi hearings, Secretary of State Hillary Clinton blew up at Sen. Ron Johnson, R-Wis., for focusing on why the State Department initially said the attack on the U.S. consulate was the result of protests. "What difference at this point does it make? It is our job to make sure that it doesn't happen again," Clinton said.

Clinton was testifying before the Senate Foreign Relations Committee on the attacks on a U.S. consulate in Libya on Sept. 11, which killed four Americans, including Ambassador Christopher Stevens. Johnson had wondered why there was misinformation about the attacks being the result of protests, when "a very simple call to those [Benghazi consulate] evacuees would have easily ascertained immediately that there was no protest." He then accused Clinton of making excuses for why the call was not made: "We were misled that there was supposedly protests and that something sprang out of that, and assault sprang out of that."

"With all due respect, the fact is we had four dead Americans," Clinton fired back. "Was it because of a protest, or was it because of guys out for a walk one night who decided they'd go kill some Americans? What difference, at this point, does it make? It is our job to figure out what happened and do everything we can to prevent it from ever happening again, Senator. Now, honestly, I will do my best to answer your questions about this. The fact is that people were trying, in real time, to get to the best information."

A number of senators were still not satisfied. Sen. Rand Paul, R-Ky., said that "had I been president at the time and I found that you did not read the cables" from Benghazi, "I would have relieved you of your duties."

And Sen. John McCain, R-Ariz., took Clinton to task for her testimony, which he said is "not satisfactory to me." He added: "Here we are, four months later, and we still don't have the basic information."