Police often part of the problem for rape victims in India

Many Indian women say a powerful force stands in the way of justice for victims of assault: The police 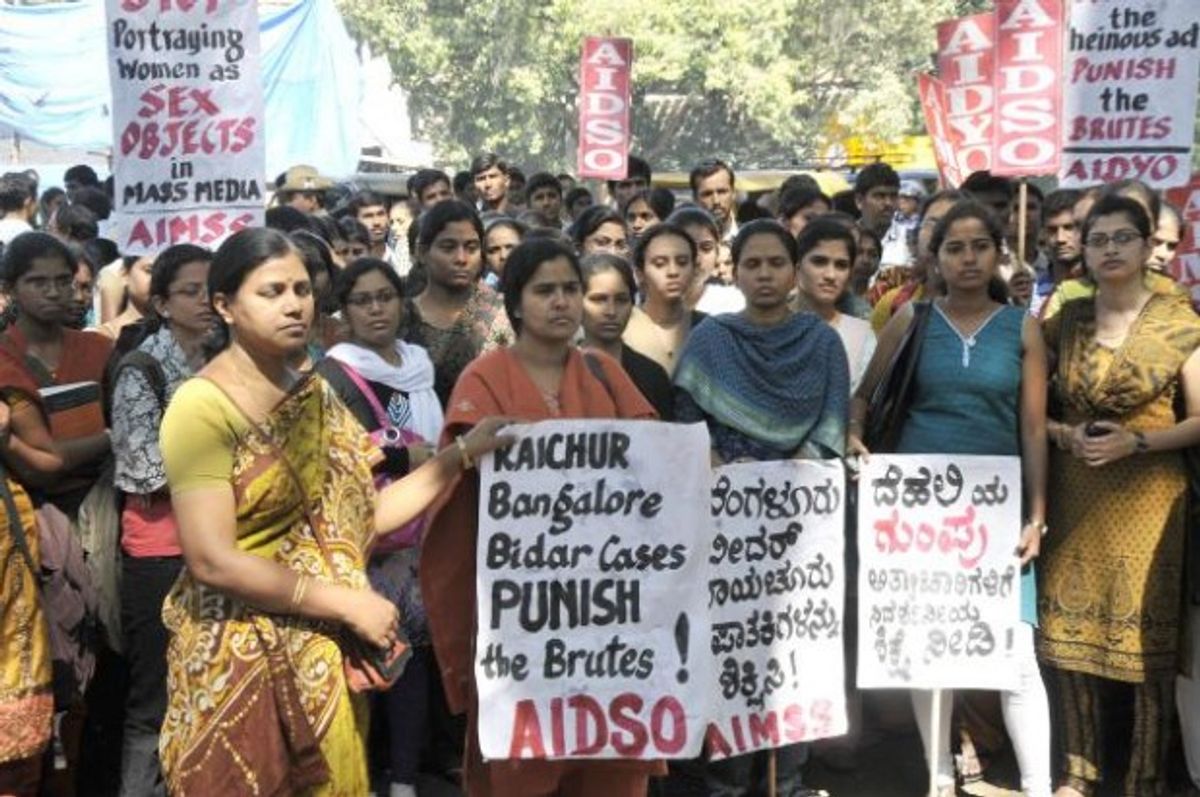 The brutality of the gang rape and murder of Jyoti Singh Pandey on a Delhi bus last month has thrown into stark relief the problem the violence against women in India. But even as the country struggles to bring the men responsible to justice, many Indian women say a powerful force stands in the way of bringing about real change.

Often corrupt and overwhelmingly male, the presence of local police does not make women feel any safer on the streets, many say. “If you’re a woman in distress, the last thing you want to do is go to the police,” Vrinda Grover, a human rights lawyer based in New Delhi, told the New York Times.

A woman who spoke anonymously to the Times said that not long after telling the police that she had been raped, she looked out her apartment window to see the man who had attacked her joking with an officer who had given him a ride home from the police station.

In fact, the treatment of women by the police is such a problem that laws now forbid officers from even bringing women in for questioning at night. In case after case, police opt to seek "reconciliation" between the attacker and his victim, often delivering the abused women back into the hands of her abuser.

On Dec. 26, an 18-year-old Punjabi woman committed suicide after police officers refused for five weeks to arrest the men who were suspected of gang raping her and instead pressed her to marry one of the men. So many Indian women end up marrying their rapists that the police often squander the first hours and days after a woman reports a rape seeking just such a resolution, said Ravi Kant, president of Shakti Vahini, a nonprofit advocacy group.

Even police who try to prosecute assault cases can be stymied by political pressure. Officers have few civil service protections, and politicians can punish them at will. And many low-level officers, making as little as $100 each month, for constables, have turned to demanding bribes on everything from routine traffic violations to major crimes as a way to make ends meet. It's behavior that shatters public trust, and perpetuates a cycle of insecurity and violence.

But the problem isn't unique to India. The conversation about rape, law enforcement and greater accountability in the aftermath of the Delhi rape and murder case has sparked a larger conversation on social media about the culture of prosecuting rape and sexual assault cases everywhere -- including the United States.

In the summer of 2011, two officers were fired from the NYPD -- but faced no jail time -- for entering an intoxicated woman's home and groping her while she wore only a bra. Earlier this month, a lawsuit filed by a former assistant dean of students against the University of North Carolina, Chapel Hill alleges that UNC officials pressured her to underreport sexual assault cases on campus.