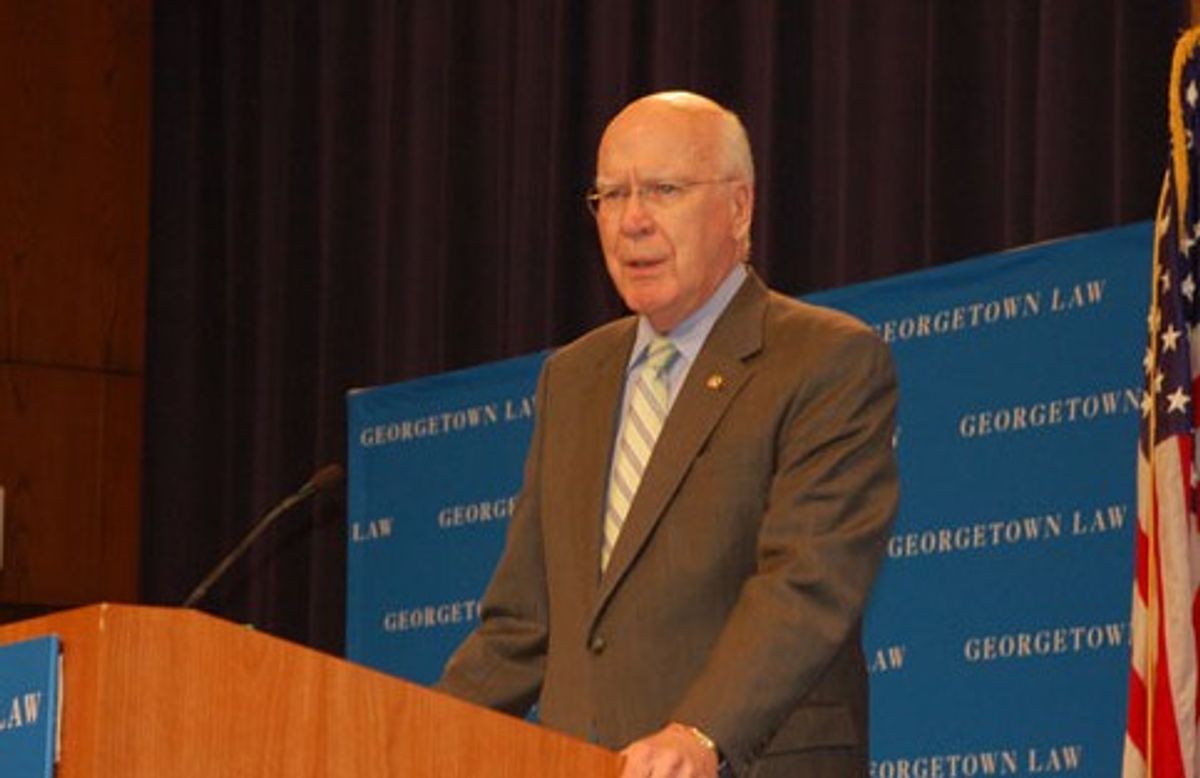 Though House Republicans blocked the Violence Against Women Act last year, the Senate is not giving up. A new version of the bill, co-authored by Sen. Patrick Leahy, D-Vt., and Sen. Mike Crapo, R-Idaho, seeks to add pressure to House Republican leadership to reauthorize the law, which stalled and expired in September 2011, for the first time ever.

“This lifesaving legislation should be a top priority of the new 113th Congress,” Leahy said in a statement.  “It is our hope that the Senate will act quickly to pass this strong, bipartisan bill to help all victims of domestic and sexual violence.”

“The Violence Against Women Act has helped countless victims of domestic and relationship violence for nearly 20 years,” Crapo said. “The path to reauthorization in the 113th Congress begins with reintroduction, and I look forward to working with Senator Leahy and my colleagues on compromise language that can garner the necessary support in both the Senate and House to pass this critical legislation.”

Many Republicans opposed about the bill's increased number of visas for undocumented victims of domestic violence, its extension of tribal authority over non-tribe members who abuse their Indian partners, or its establishment of employment protections for gay and lesbian domestic violence workers. But the GOP's main talking point against the bill was procedural: Pointing to an application fee for visas for undocumented immigrants of domestic violence, Republicans said the bill raised revenue. The Constitution requires bills that raise revenue to originate in the House, not the Senate.

In the new version of the bill, this portion was stripped out. “In the interest of making quick and decisive progress, we introduce the bill today without that provision in order to remove any excuse for House inaction,” Leahy said.  “We have retained other important improvements for immigrant victims in the bill we introduce today as part of our commitment to ensuring that all victims are protected.”

“The fate of the Violence Against Women Act still lays squarely on the shoulders of Eric Cantor and John Boehner,” said Sen. Patty Murray, D-Wash.

In a statement, Rep. Louise Slaughter, D-N.Y., an original author of VAWA, said: “It’s inexplicable that starting last year, the House Majority decided to turn this into a partisan issue and play political games. When we passed the Violence Against Women Act for the first time in 1994, we knew ending violence against women was a bipartisan cause. Women across America are waiting for these vital protections to be renewed, and they should not have to wait any longer.”