Te'o said he didn't lie about the hoax until December, believing Lennay Kekua had died of cancer 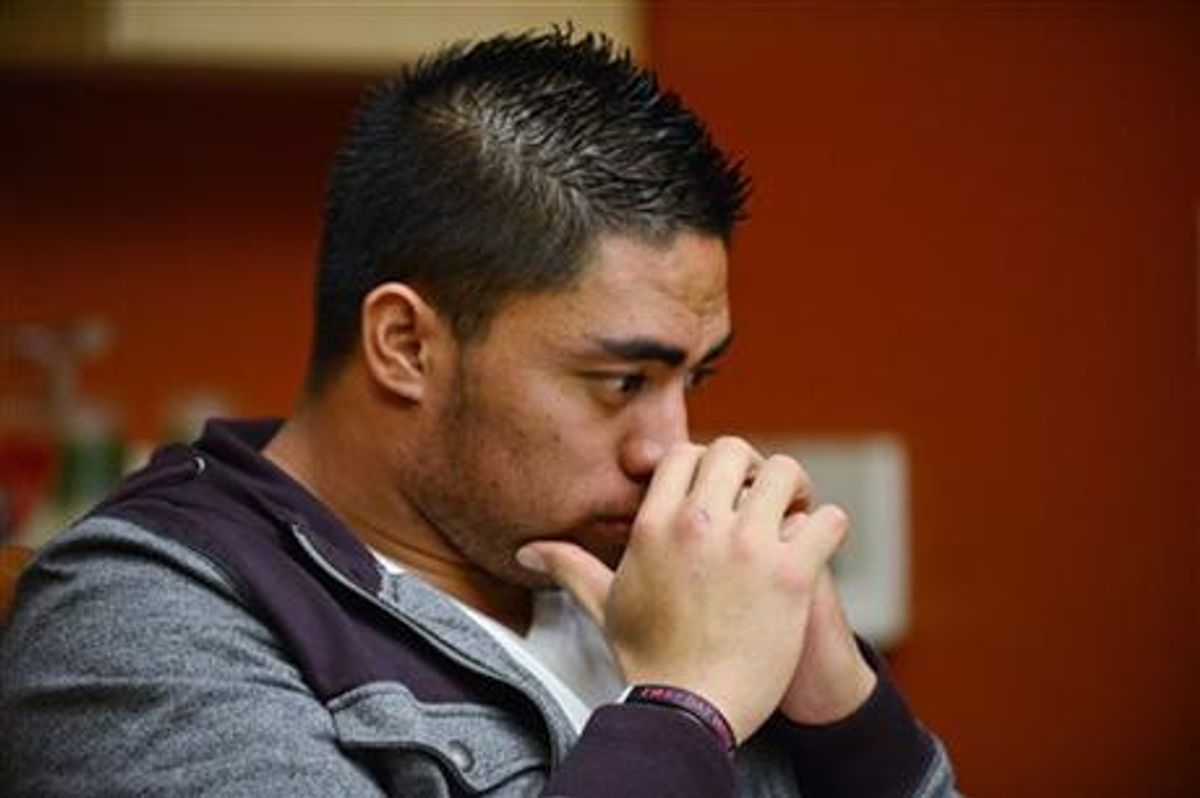 Te'o said in an interview to air Thursday on Couric's show that he didn't lie about the hoax until December, believing Lennay Kekua had died of cancer. A segment of the interview with Te'o and his parents was broadcast Wednesday on "Good Morning America."

The Heisman Trophy runner-up received a phone call in December from a woman saying she was Kekua, whom he believed had died in September.

Te'o said, "Now I get a phone call on Dec. 6, saying that she's alive and then I'm going be put on national TV two days later. And to ask me about the same question. You know, what would you do?"

Te'o maintained that he had no part in creating the hoax.