Yes, Catholic Health Initiatives' latest move is hypocritical, but they are following the law. That's a good thing 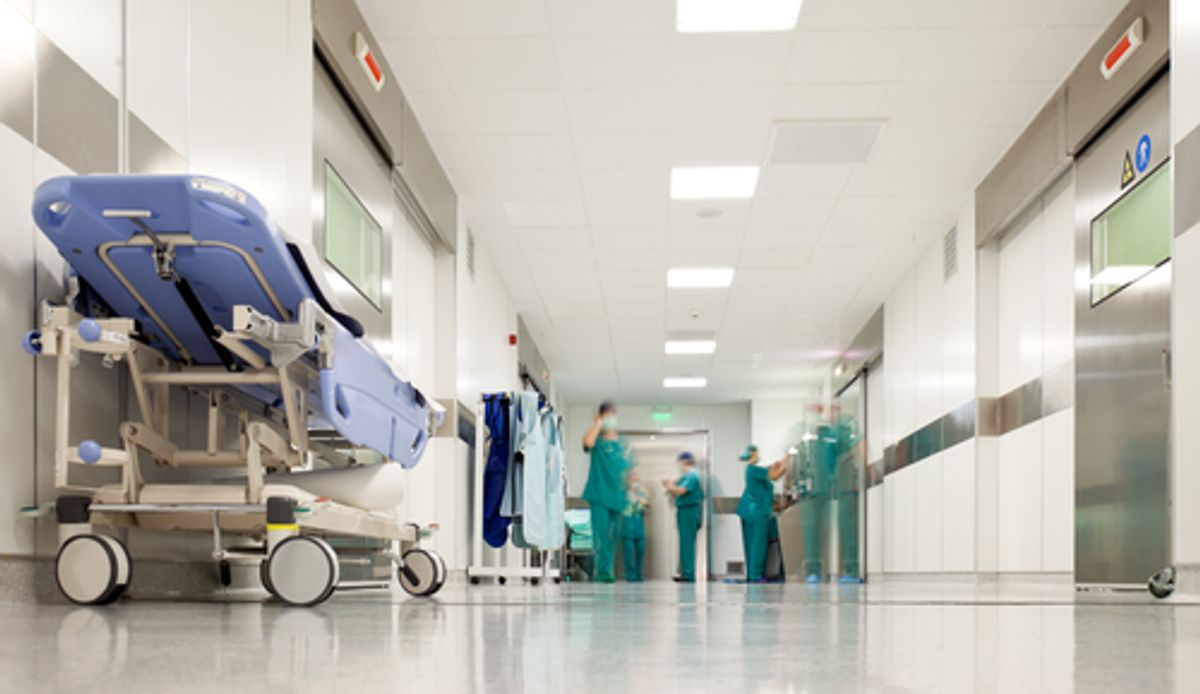 There is something a little off about the Internet gloating surrounding a malpractice lawsuit that got a Catholic hospital to do a 180 on fetal personhood.

Sure, it is hypocritical for a Catholic hospital to reverse course on their "commitment to the unborn" just because there is money at stake. But by rejecting the wrongful death claim filed after two 7 month-old fetuses died in the womb, Catholic Health Initiatives, a nonprofit that runs roughly 170 health facilities in 17 states, is finally following the law, rather than fighting it. And that's a good thing.

Another reason gloating is a less than palatable option? There is a real tragedy at the heart of this lawsuit. As reported in the Colorado Independent:

Lori Stodghill was 31-years old, seven-months pregnant with twin boys and feeling sick when she arrived at St. Thomas More hospital in Cañon City on New Year’s Day 2006. She was vomiting and short of breath and she passed out as she was being wheeled into an examination room. Medical staff tried to resuscitate her but, as became clear only later, a main artery feeding her lungs was clogged and the clog led to a massive heart attack. Stodghill’s obstetrician, Dr. Pelham Staples, who also happened to be the obstetrician on call for emergencies that night, never answered a page. His patient died at the hospital less than an hour after she arrived and her twins died in her womb.

Stodghill’s husband Jeremy, a prison guard, filed a wrongful-death lawsuit arguing Staples should have made it to the hospital sooner, or at least instructed the emergency room staff to perform a caesarian-section. An expert testifying on the case believes the procedure likely would not have saved the mother, but may have saved the twins.

Which is why Stodghill didn't just name his wife in the suit, but also the two unborn fetuses.

Again from the Colorado Independent (bold emphasis mine):

But when it came to mounting a defense in the Stodghill case, Catholic Health’s lawyers effectively turned the Church directives on their head. Catholic organizations have for decades fought to change federal and state laws that fail to protect “unborn persons,” and Catholic Health’s lawyers in this case had the chance to set precedent bolstering anti-abortion legal arguments. Instead, they are arguing state law protects doctors from liability concerning unborn fetuses on grounds that those fetuses are not persons with legal rights.

As Jason Langley, an attorney with Denver-based Kennedy Childs, argued in one of the briefs he filed for the defense, the court “should not overturn the long-standing rule in Colorado that the term ‘person,’ as is used in the Wrongful Death Act, encompasses only individuals born alive. Colorado state courts define ‘person’ under the Act to include only those born alive. Therefore Plaintiffs cannot maintain wrongful death claims based on two unborn fetuses.”

The Catholic Health attorneys have so far won decisions from Fremont County District Court, but Stodghill's lawyers have appealed the case to the state Supreme Court, where it is still being considered.

So here's what we should be talking about instead of Catholic hypocrisy: The gradual takeover of public hospitals by Catholic-sponsored medical centers is a dangerous trend. The Stodghill case is tragic, but also deeply illustrative of why this is so.

The terrible mix of doctors and dogma becomes all too clear in cases like the death of Savita Halappanavar, a woman who died in an Irish hospital -- another institution governed by Catholic directives on reproductive care -- after its staff denied her an abortion for a non-viable fetus. When claims of fetal personhood can outweigh claims of women's personhood, we've got a serious problem on our hands.

And Catholic strings don't just limit women's access to contraception and safe abortion care. They also have major implications for end-of-life care, in-vetro fertilization, sterilization and countless other medical procedures that we just don't want the Pope's advice on.

Would it have been preferable for the hospital to comply with Stodghill's lawsuit and concede the unborn fetuses were people? No, because it would have set a dangerous precedent. And instead of reading gloating blog headlines today, we would be be reading outraged ones.

So instead of that, we have a billion dollar Catholic medical conglomerate with its tail between its legs, following the law (a good law, really) about if and when a something becomes a someone.

I'll take that over a little gloating any day.