Kathryn Bigelow is modifying her tune

The director pleads her case again, this time on the cover of Time. But now she says "ZDT" is a movie, not a doc 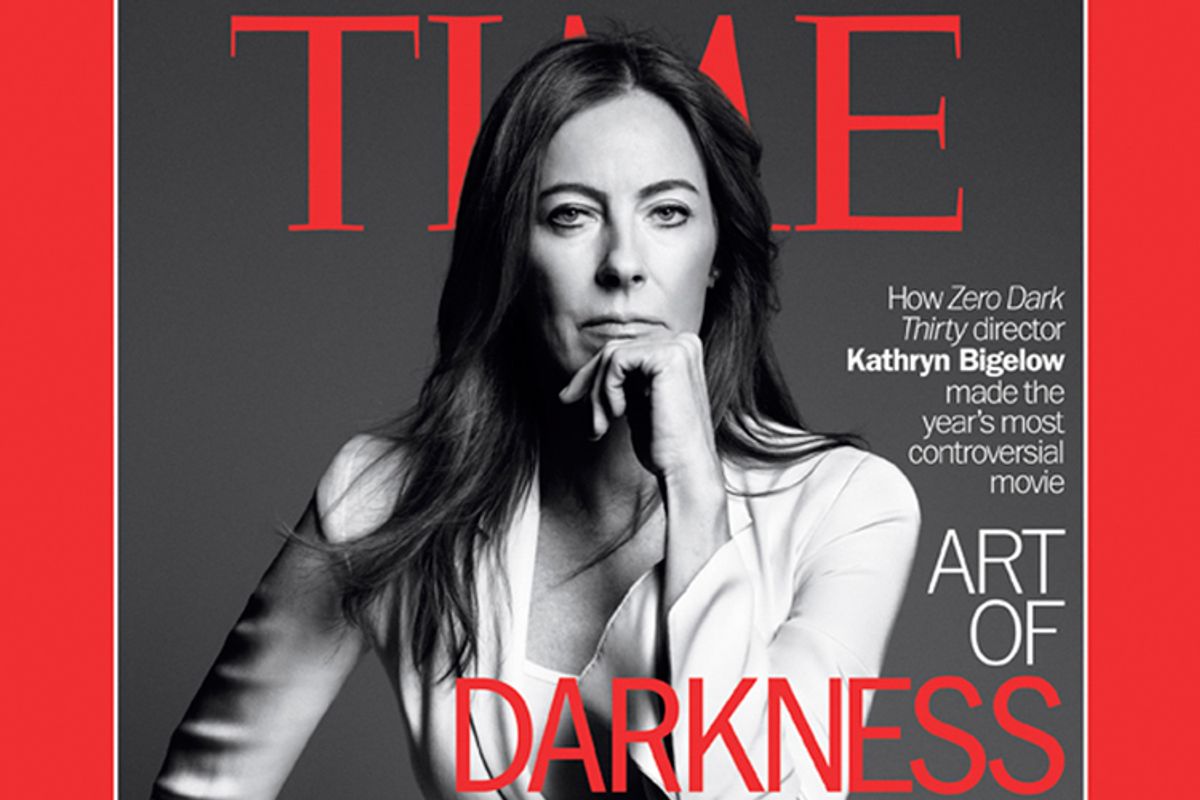 The director of "Zero Dark Thirty" has had a not-entirely-jocular interview on "The Colbert Report," written an Op-Ed for the Los Angeles Times, and now appears on the cover of Time. (The venerable magazine notes that this is only the 12th appearance by a director on the cover, as Bigelow joins the likes of Steven Spielberg, Woody Allen, and David Lean.)

It represents a gradual shift away from the presentation of "Zero Dark Thirty" as a sort of documentary or "reported film" and toward portraying it as just a movie. The Time interview goes into detail about Bigelow's artistic and aesthetic impulses, and allows her to walk back some of the claims about her film's extraordinary, extra-cinematic nature, a task she also undertook with Charlie Rose today when she called her film "a movie, not a documentary."

"Mark Boal opened up a window for me onto how you can make a film that’s part of the current conversation," Bigelow told Time. "It was an opportunity to make a deep dive into content that was contemporaneous," she said, comparing the film to explicit works of fiction like "Apocalypse Now," "In the Heat of the Night," and "A Clockwork Orange," that comment on their time without laying claim to exact fact.

Bigelow has exposed herself to criticism about the nature of her intel by calling her film "reported." Even in her contentious interview with Stephen Colbert, she continued arguing for the film's veracity, calling it "an honest telling of the story as we know it." Perhaps a focus on the story, rather than the history and what Ms. Bigelow knew and when she knew it, will allow for a more honest discussion of the movie's themes. It may also shore up the film's chances with academy voters far more accustomed to filmic depictions of history than film as history.