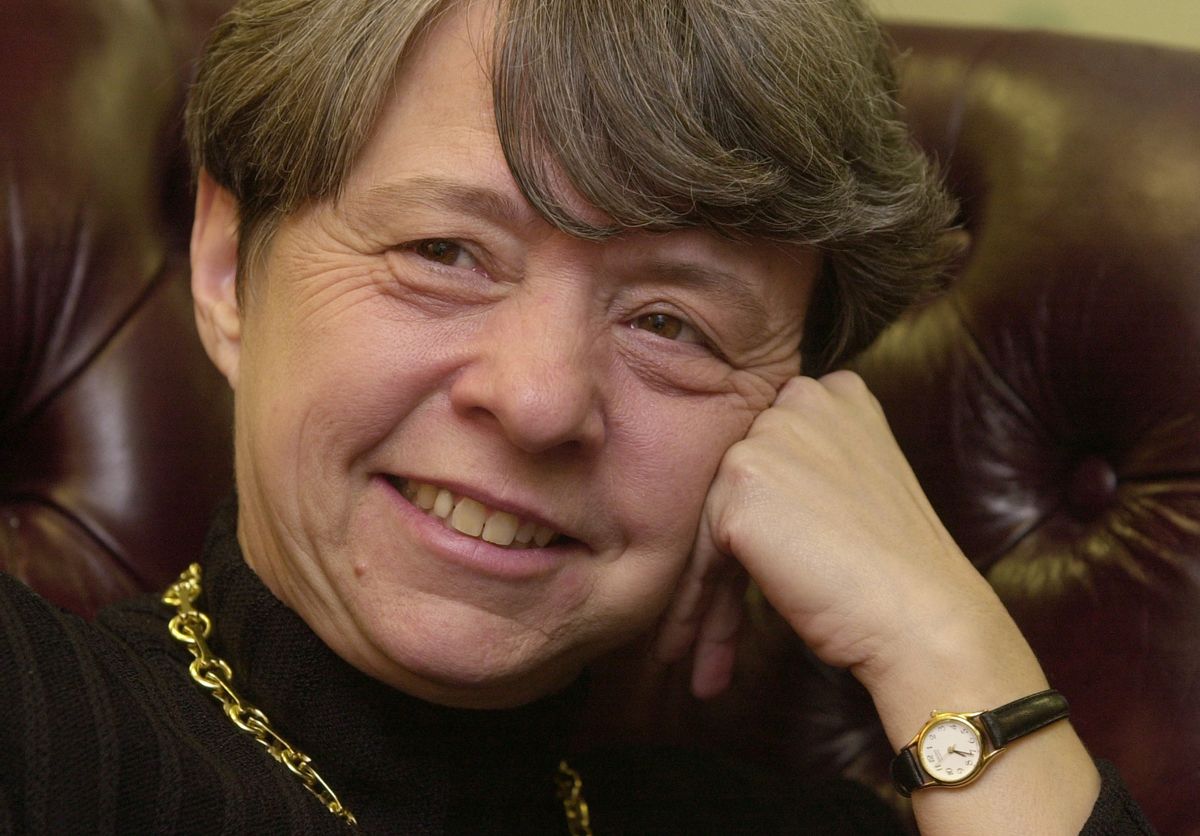 If your first reaction to this morning's news about President Obama nominating Mary Jo White to head the Securities and Exchange Commission is positive, that's understandable. She's a former prosecutor and, as such, much of the elite media has simply concluded that must mean the Obama administration is going to get tough on Wall Street crime.

Case in point is the framing from the New York Times' Dealbook -- a publication that has literally been financially sponsored by Goldman Sachs. Not surprisingly, the Wall Street stenographers at Dealbook insist that since White is a prosecutor, it means the White House is "send(ing) a signal about the importance of holding Wall Street accountable for wrongdoing."

It is designed to sound reassuring: A day after the airing of PBS Frontline's damning indictment of the Obama administration's refusal to prosecute Wall Street crime, we are all expected to breathe a sigh of relief and believe that the Too Big to Jail paradigm is finally going to change because now a prosecutor is in charge.

However, Mary Jo White isn't just any prosecutor. Her name should ring a bell, or really, sound a frightening alarm. I knew I had heard of her before, and not in a good way. So I fired up Google this morning and sure enough, I discovered why my superficially good feeling was quickly turning into a deeply ominous nausea. I suddenly remembered that this is the same Mary Jo White who has built the latter part of her career leveraging her position in governmental law enforcement positions to land lucrative private-sector jobs defending Wall Streeters. In moving through that revolving door, she has been a part of a corrupt culture that has weakened the power of the very law enforcement agency President Obama is now nominating her to run.

As journalist Matt Taibbi has reported, the revolving door White has passed through "isn't just a footnote in financial law enforcement."

"When you look at the revolving door situation with all these — the Mary Jo Whites and the Gary Lynches and the Linda Thompsons, these former high-ranking financial cops who leave government service and they go to work in these millionaire partnerships on Wall Street, it creates this collegial atmosphere where it’s just a small group of lawyers who all know each other, and they’re in this constant merry-go-round, from government, back to private service, back to government again," he told "Democracy Now."

With this revolving door spinning so fast, Taibbi shows how it has created a culture whereby prosecutors and SEC officials have an incentive not to enforce the law. Simply put, if you know your next lucrative job is on Wall Street, you aren't all that interested in prosecuting Wall Street, because that might limit your private-sector career prospects.

Not surprisingly, this revolving door involves the U.S. Attorney's Office in the Southern District of New York -- aka the one that is supposed to help oversee Wall Street. In his epic piece about this for Rolling Stone magazine, Taibbi documents how that office and the SEC have built up a culture of letting Wall Street criminals off the hook, quoting one of those officials lovingly telling White that "you've spawned all of us" from her U.S. attorney perch.

The New York Times notes that when White left that governmental post, "she went on in private practice to defend some of Wall Street’s biggest names, including Kenneth D. Lewis, a former head of Bank of America." Taibbi reports that she also was deeply involved in an SEC scandal involving Morgan Stanley CEO John Mack.

Recounting the iconic story of an SEC regulator named Gary Agguire who was literally fired after he questioned the agency's failure to pursue an insider-trading case against Mack, Taibbi reports (emphasis added):

The deal looked like a classic case of insider trading. But in the summer of 2005, when Aguirre told his boss he planned to interview Mack, things started getting weird. His boss told him the case wasn't likely to fly, explaining that Mack had "powerful political connections."...

Aguirre also started to feel pressure from Morgan Stanley, which was in the process of trying to rehire Mack as CEO ... It didn't take long for Morgan Stanley to work its way up the SEC chain of command. Within three days, another of the firm's lawyers, Mary Jo White, was on the phone with the SEC's director of enforcement...

Pause for a minute to take this in. Aguirre, an SEC foot soldier, is trying to interview a major Wall Street executive — not handcuff the guy or impound his yacht, mind you, just talk to him. In the course of doing so, he finds out that his target's firm is being represented...by the former U.S. attorney overseeing Wall Street, who is going four levels over his head to speak directly to the chief of the SEC's enforcement division...

Aguirre didn't stand a chance. A month after he complained to his supervisors that he was being blocked from interviewing Mack, he was summarily fired, without notice. The case against Mack was immediately dropped: all depositions canceled, no further subpoenas issued.

So to review: The president's nominee not only made her name preventing the agency she's going to run from investigating Wall Street CEOs, she was involved (whether directly or indirectly, it's not clear) in the firing of an SEC enforcement official for daring to try to do his job. Her work in compromising the SEC was so shady, in fact, that it became the subject of an official U.S. Senate investigation. Oh, and on top of all that, Naked Capitalism's Yves Smith notes that "her husband, John White, who headed the SEC’s corporate finance section under Chris Cox [but] is back at (a white shoe lawfirm) Cravath, has been lobbying against regulation.”

And yet, for all that, she hasn't just been rewarded with a fat salary at a white shoe law firm, she is now being nominated to head the SEC.

Now, sure, I guess there's a chance that after constructing a career like she has, White will suddenly become a tough-on-Wall-Street law enforcer. Anything's possible, right? But clearly, after reviewing her record, Obama's SEC nomination looks a lot different than how it is being portrayed. It is not an obviously "tough on crime" move, especially when you consider the fact that there were other well-qualified, truly tough-on-crime regulators for him to nominate. Instead, the White nomination looks like something Wall Street executives will love. They know the average voter will view her prosecutor résumé as proof that she's tough on crime, but they also know she's been a huge help to those executives.

In that context, her nomination isn't some get-tough-on-Wall-Street move by a newly emboldened president. Shrouded in a prosecutor's tough-on-crime costume, she seems to represent a second-term payback to that president's Wall Street campaign contributors.

UPDATE: The Huffington Post reports that less than a year ago, White gave a speech at NYU suggesting that banks may not have committed prosecutable crimes in the lead up to the financial meltdown. That's not exactly encouraging for those who believe the next SEC chief should get tough on Wall Street crime.

UPDATE II: After Salon published this piece in part criticizing The New York Times' Dealbook for declaring White's nomination "a signal about the importance of holding Wall Street accountable for wrongdoing," the Times removed the line from its article.