Yesterday, the Pentagon announced it would lift a ban on women in combat. Today, conservatives lost their minds 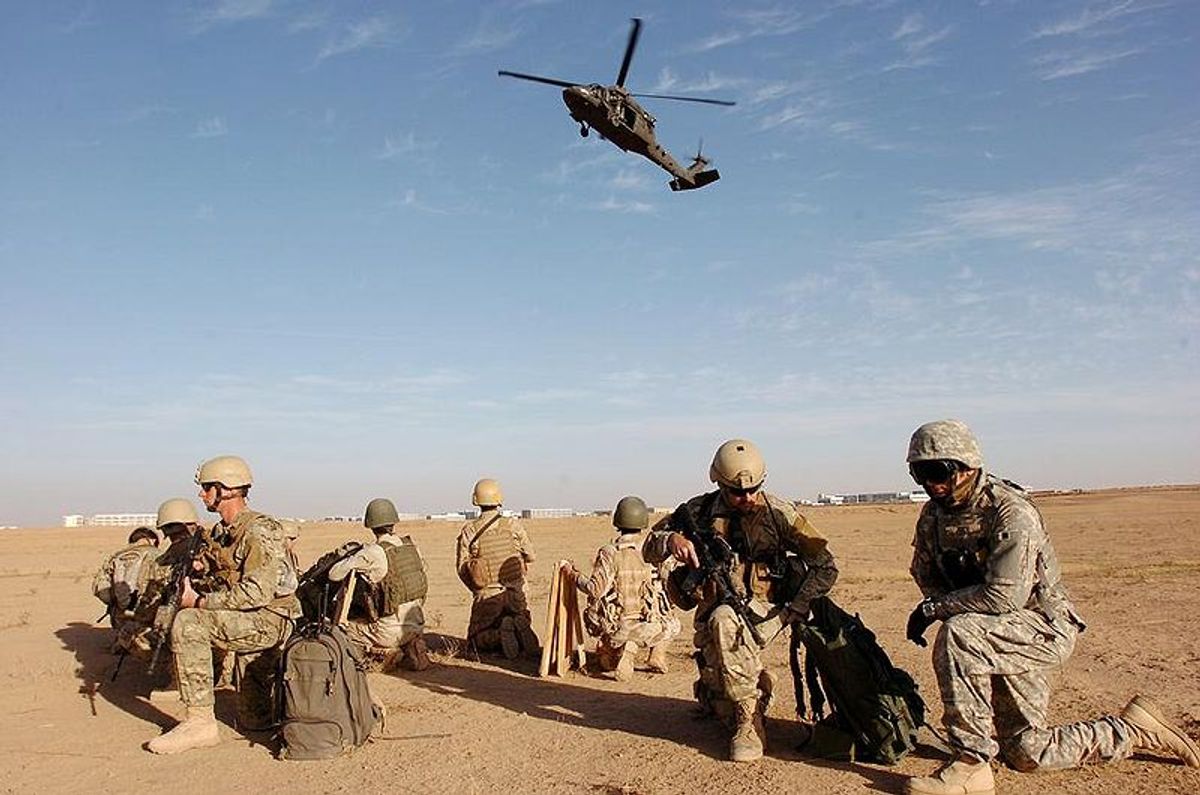 A round up featuring the very best of the very worst.

The Pentagon must think we are done fighting "real wars." Why else would they let women play army?

We have apparently arrived at the Golden Age, free from strife and the threat of foreign enemies. Little else can explain so gratuitous a decision as to place women in combat units.

And there will be so much military sex happening! (As we know, things are uncomfortable enough with the gays hanging around.)

Only someone deliberately blind to human reality could maintain that putting men and women in close quarters 24 hours a day will not produce a proliferation of sex, thus introducing all the irrational passions (and resulting favoritism) of physical attraction into an organization that should be exclusively devoted to the mission of combat preparedness.

Oh, and it's women's fault if they get sexually assaulted or raped while serving their country. (Also, sexism in the military is a myth invented by feminists.)

Reported “sexual assaults” will skyrocket, and of course it will only be the men who are at fault. Any consensual behavior leading up to the “assault” — getting in bed with your fellow grunt drunk and taking off your clothes, for example — will be ignored, since in the realm of sexual responsibility, women remain perpetual victims, at the mercy of all-powerful men. Expect a windfall to the gender-sensitivity-training industry, which will be called in both before and after the entry of women into combat units to eradicate endemic male sexism.

Lopez thought her co-workers were pranking her. No, really:

I thought it was a joke. Dan actually e-mailed it to me and I thought: Very funny.

But she doesn't mean any disrespect!

I write this in all gratitude for women who have served.

It's a really, really bad idea that also defies God's will:

God simply did not design women to have the same size, upper body strength, or stamina as men. It's just plain stupid to ignore this biological fact of nature.

And "Muslims hate women." And we "only fight Muslims," so you do the math:

Muslims hate infidels in general, and despise women in particular, even their own... How will the flower of our nation's womanhood fare in the hands of savages like these?

And men's humiliation will humiliate women:

In the reverse, it would be painful to witness a member of the opposite sex in such an uncomfortable and awkward position.

Oh, and unit cohesion, which apparently still exists even though it was supposed to go extinct the moment gays started serving openly:

Combat effectiveness is based in large part on unit cohesion. The relationships among members of a unit can be irreparably harmed by forcing them to violate societal norms.

David A. Pattern of NewsMax

This is not a Hollywood movie. This has real consequences that are going to affect our sons and daughters whose lives are on the line... The hard truth of combat oftentimes is brutal. It involves face-to-face, hand-to-hand, close-quarter battle. And I think we forget that. We’ve become so sensitized that warfare is wrapped up in a two-hour movie featuring stars who always live. And that’s not how it really is.

And women will probably enlist for the wrong reasons! They will totally endure a brutal training regimen just because they are so showy and competitive all the time:

Elaine Donnelly of the Center for Military Readiness

It's not even what women really want!

It's downright inappropriate! (But it might not be wise to trust Fox News viewers.)