Big Pharma buys off the Senate 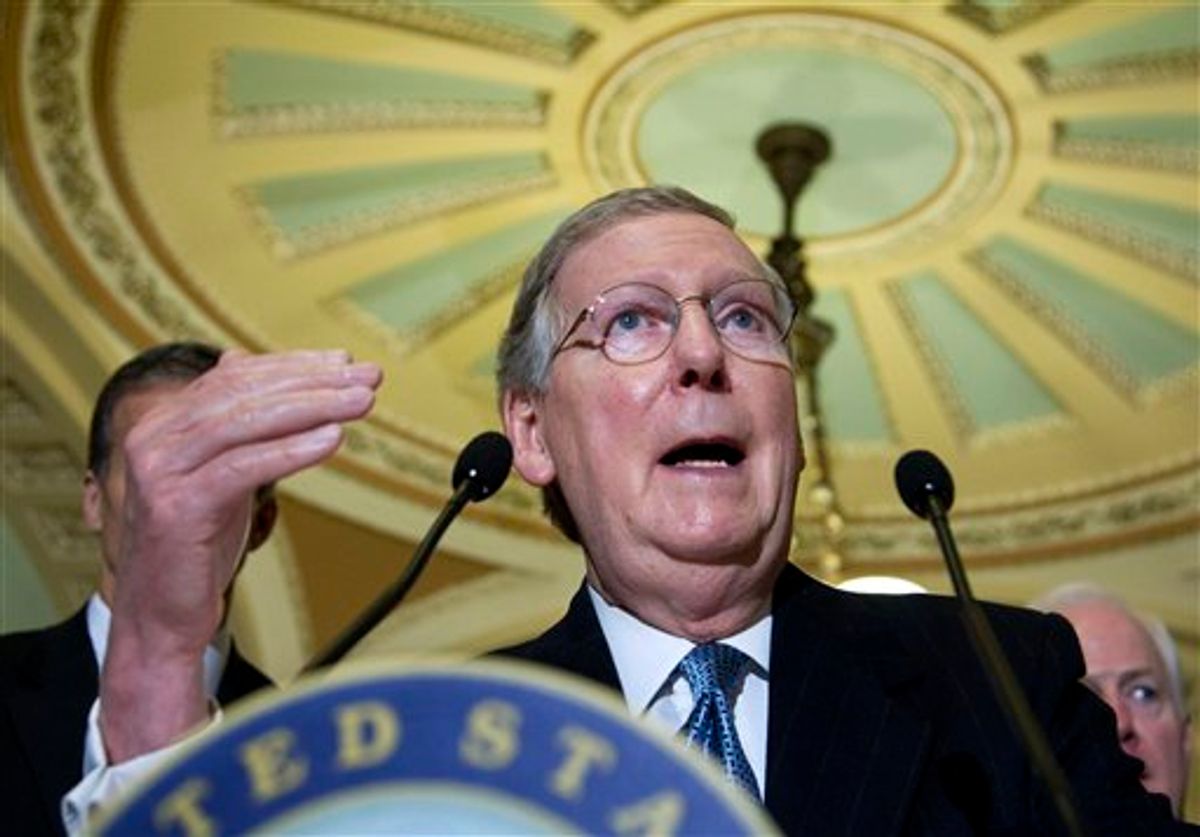 The inauguration of a president is one of those spectacles of democracy that can make us remember we’re part of something big and enduring. So for a few hours this past Monday, the pomp and circumstance inspired us to think that government of, by, and for the people really is just that, despite the predatory threats that stalk it.

But the mood didn’t last. Every now and then, as the cameras panned upward, the Capitol dome towering over the ceremony was a reminder of something the good feeling of the moment couldn’t erase. It’s the journalist’s curse to have a good time spoiled by the reality beyond the pageantry. Just a couple of days before the inaugural festivities, The New York Times published some superb investigative reporting by the team of Eric Lipton and Kevin Sack, and their revelations were hard to forget, even at a time of celebration.

The story told us of a pharmaceutical giant called Amgen and three senators so close to it they might be entries on its balance sheet: Republican Minority Leader Mitch McConnell, Democratic Senator Max Baucus, chair of the Senate Finance Committee, and that powerful committee’s ranking Republican, Orrin Hatch. A trio of perpetrators who treat the United States treasury as if it were a cash-and-carry annex of corporate America.

The Times story described how Amgen got a huge hidden gift from unnamed members of Congress and their staffers. They slipped an eleventh-hour loophole into the New Year’s Eve deal that kept the government from going over the fiscal cliff. When the sun rose in the morning, there it was, a richly embroidered loophole for Amgen that will cost taxpayers a cool half a billion dollars.

Amgen is the world’s largest biotechnology firm, a drug maker that sells a variety of medications. The little clause they secretly sneaked into the fiscal cliff bill gives the company two more years of relief from Medicare cost controls for certain drugs used by patients who are on kidney dialysis, including a pill called Sensipar, manufactured by Amgen.

The provision didn’t mention Amgen by name, but according to reporters Lipton and Sack, the news that it had been tucked into the fiscal cliff deal “was so welcome that the company’s chief executive quickly relayed it to investment analysts.” Tipping them off, it would seem, to a jackpot in the making.

Amgen has 74 lobbyists on its team in Washington and lobbied hard for that loophole, currying favor with friends at the White House and on Capitol Hill. The Times reporters traced its “deep financial and political ties” to Baucus, McConnell and Hatch, “who hold heavy sway over Medicare payment policy.”

All three have received hefty campaign donations from the company whose bottom line mysteriously just got padded at taxpayer expense. Since 2007, Amgen employees and its political action committee have contributed nearly $68,000 to Senator Baucus, $73,000 to Senator McConnell’s campaigns, and $59,000 to Senator Hatch.

Inside to welcome them is a current top aide to Senator Hatch, one who helped weave this lucrative loophole. He used to work as a health policy analyst for — you guessed it — Amgen.

So the trail winds deeper into the sordid swamp beneath that great Capitol dome, a sinkhole where shame has all but disappeared. As reporters Lipton and Sack remind us, just weeks before this backroom betrayal of the public interest by elected officials and the mercenaries they have mentored, Amgen pleaded guilty to fraud. Look it up: fraud means trickery, cheating and duplicity. Amgen agreed to pay $762 million in criminal and civil penalties; the company had been caught illegally marketing another one of its drugs.

The fact that their puppet master had been the subject of fines and a massive federal investigation mattered not to its servile pawns in the Senate, where pomp and circumstance are but masks for the brute power of money.

Peter Welch, Vermont’s Democratic congressman, has just introduced bipartisan legislation to repeal the half billion–dollar giveaway to Amgen. Its co-sponsors include Republican Richard Hanna of New York and Democrats Jim Cooper of Tennessee and Bruce Braley of Iowa.

The Amgen deal “confirms the American public’s worst suspicions of how Congress operates,” Representative Welch told us this week. “As the nation’s economy teetered on the edge of a Congressional-created fiscal cliff, lobbyists for a private, for-profit company seized an opportunity to feed at the public trough. It’s no wonder cockroaches and root canals are more popular than Congress.”

In his inaugural address, Barack Obama said the commitments we make to each other through Medicare, Medicaid and Social Security don’t make us a nation of takers. But the actions of Amgen and its cronies under the dome on Capitol Hill show who the real takers are — not those who look to government for support in old age and hard times but the ones at the top whose avarice and lust for profit compel them to take as much as they can from that government at the expense of everyone else.