TMZ reports that the conversation will air next week 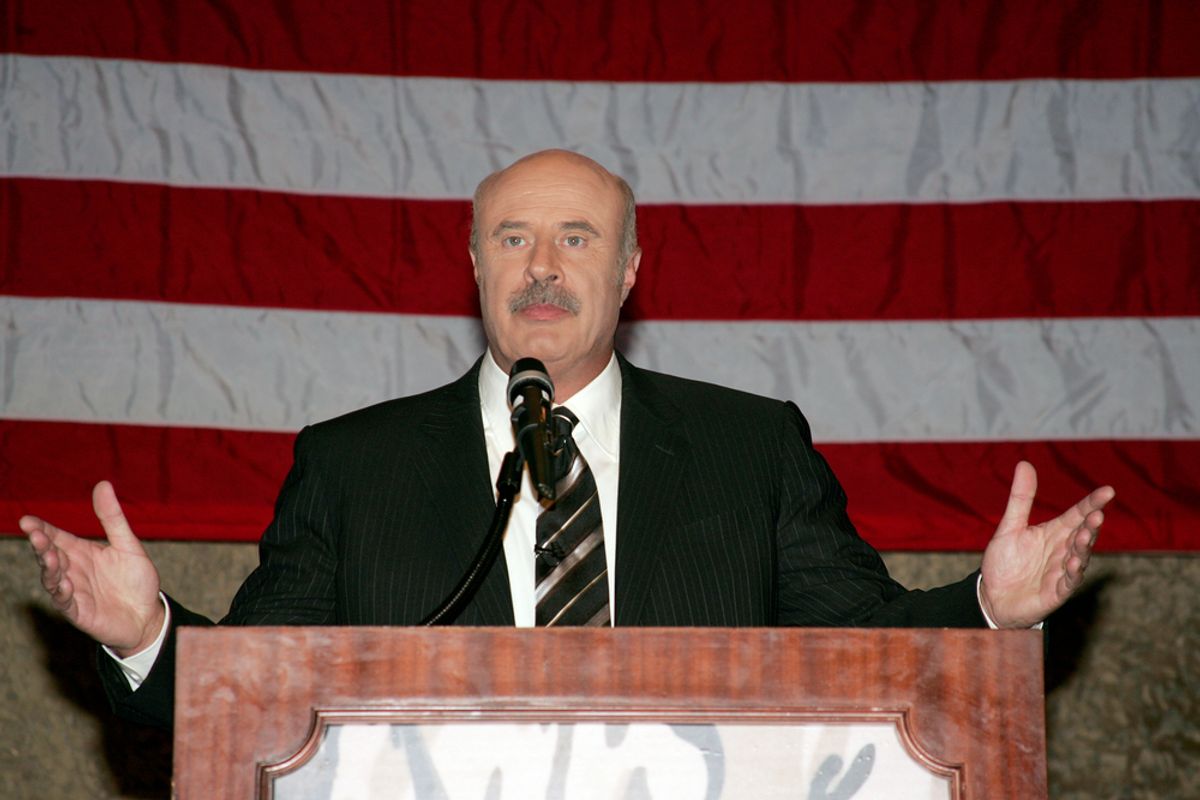 Manti Te'o, the publicly humiliated Notre Dame linebacker who claims to have been the target of a complex online hoax, has told his side of the story to ABC's Katie Couric (and he insists that he's not gay). Now we're about to hear from Ronaiah Tuiasosopo, the man who allegedly created the identity of the woman Te'o thought he fell in love with, Lennay Kekua. TMZ reports that the apparently grief-stricken Tuiasosopo sat down with none other than professional soul-cuddler Dr. Phil in an "emotional and deep" interview yesterday.

Dr. Phil has made a name for himself by giving a voice to some of society's most villianized and oft-ridiculed figures: He has interviewed Dina Lohan, the mother of trainwreck Lindsay Lohan, as well as the parents of Casey Anthony. He has held an intervention for Jael Strauss, a former "America's Next Top Model" contestant who became a meth addict. An interview with the hulking Texan is an obvious choice for a distressed Tuiasosopo, who claims to have developed strong feelings for Te'o over the course of the fraudulent online relationship.

TMZ expects the interview to air sometime next week.