Militants in Mali have destroyed a strategic bridge to Niger

Islamists destroy a bridge on the road to Gao, a Malian city occupied by extremists, amid French air strikes 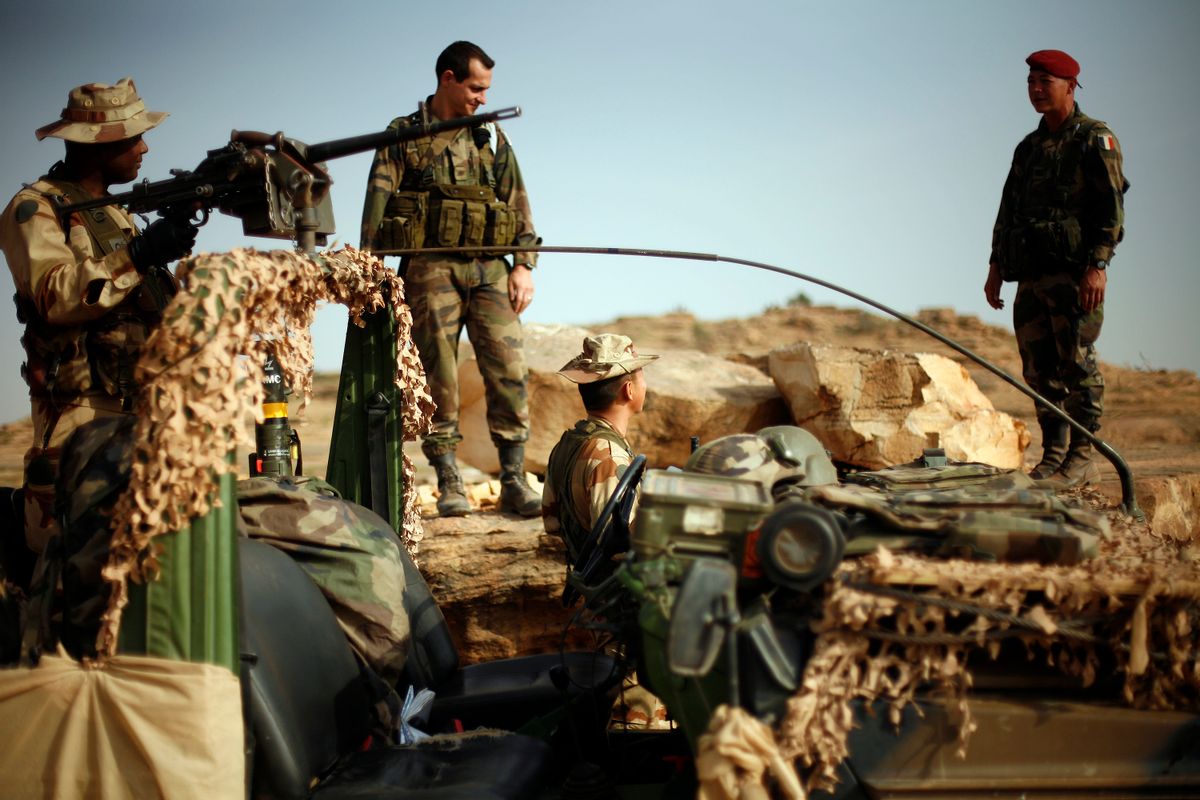 BAMAKO, Mali — Islamists have destroyed a strategic bridge leading to the Malian city of Gao, which is occupied by militants battling French forces attempting to stabilize the region.

GlobalPost Senior Correspondent Tristan McConnell, who is in Bamako, Mali's capital, said the bridge attack comes amid a powerful display of military might by the French. McConnell said convoys of French troops in dozens of trucks, armored cars, 4x4s, armored personnel carriers and light tanks are heading north through the country.

"Local people waved, some brandishing homemade French flags, and cheered as the convoys snaked through towns," he said.

French air strikes, which began on Jan. 11, have halted a southward advance by Islamist militants, forcing them to retreat from the towns of Diabaly, Konna and Douentza. Now French and Malian forces are pushing forward, seeking to retake territory lost to the coalition of jihadist groups over the last 10 months.

As the Islamists took out the bridge to Gao, aerial bombardments by French fighter jets targeted the city itself, one of the north's three main population centers, preparing for ground troops who were seen in the town of Hombori, 100 miles from Gao, that evening, McConnell said.

France has declared its intention to stay in Mali as long as is needed to retake the north. African soldiers as part of a UN-mandated force are now also arriving in Mali to support France and the national army.

"But observers point out that while clearing Islamist fighters out of urban centers is one thing, rooting them out of the vast desert is another, much harder task," McConnell said. "Military officials expect that once northern towns are occupied, the jihadists will resort to traditional guerilla tactics."

The Associated Press reported that the bridge at Tassiga, a town 37 miles from the Niger border, was blown up with dynamite on Thursday by rebels hoping to prevent vehicular traffic to Gao.

The AP added the bridge was destroyed as soldiers from Niger and Chad prepared to enter Mali from the east.

"The Islamists dynamited the Tassiga bridge. No one can pass to Niger or come to Gao," transport business owner Abdou Maiga told Agence France-Presse.

The Daily Star, a Lebanese paper, wrote that a longer land route leading from Niger to Gao, which doesn't use the bridge, is still passable.

The French military campaign has been hit by allegations that Malian troops, with whom the French are partnered, have committed human rights violations in reprisal attacks against Islamists.