Matt Damon takes Jimmy Kimmel hostage on his own show, bringing in a slew of celebrities with him 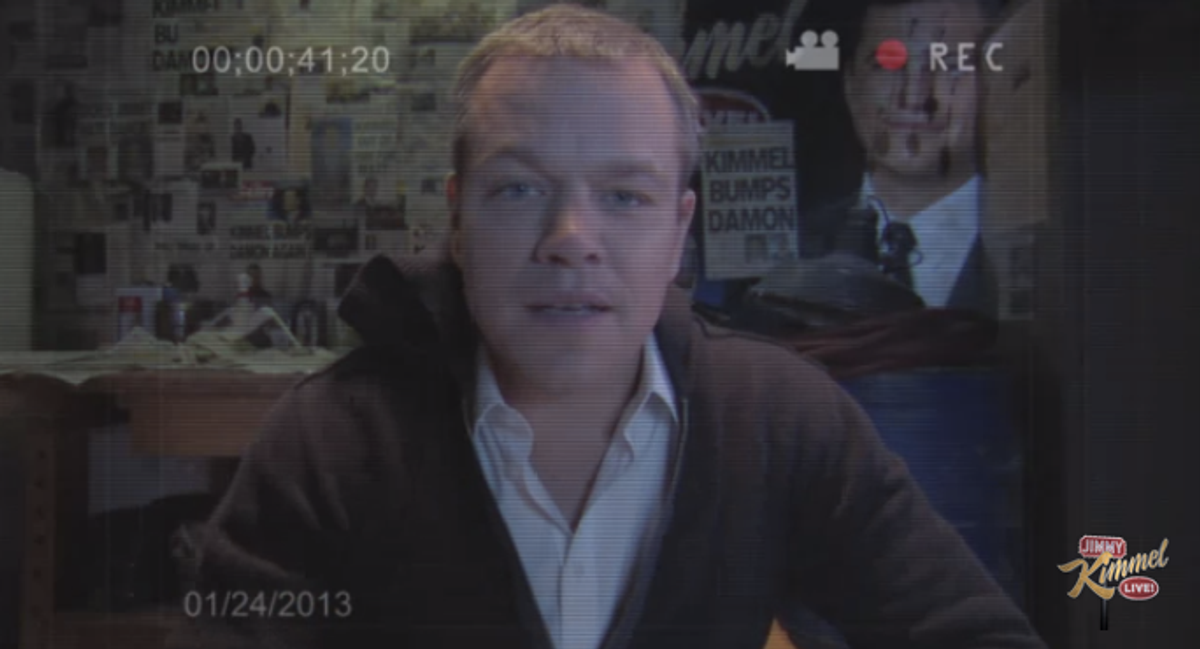 Last night, late night TV had one of its most inventive moments in recent memory when Matt Damon pulled a Jason Bourne and took over "Jimmy Kimmel Live," turning it into "Jimmy Kimmel Sucks." With Kimmel bound and gagged in a chair, Damon then brought in a host of celebrity guests, including Robin Williams, BFF Ben Affleck, Nicole Kidman and others.

Of what it felt like to finally get his revenge on Kimmel for repeatedly being "bumped" off the show — a running gag between the two — Damon said, "This is like, when I lost my virginity." Watch the intro, below: