25 janitors say they were regularly locked indoors while cleaning stores 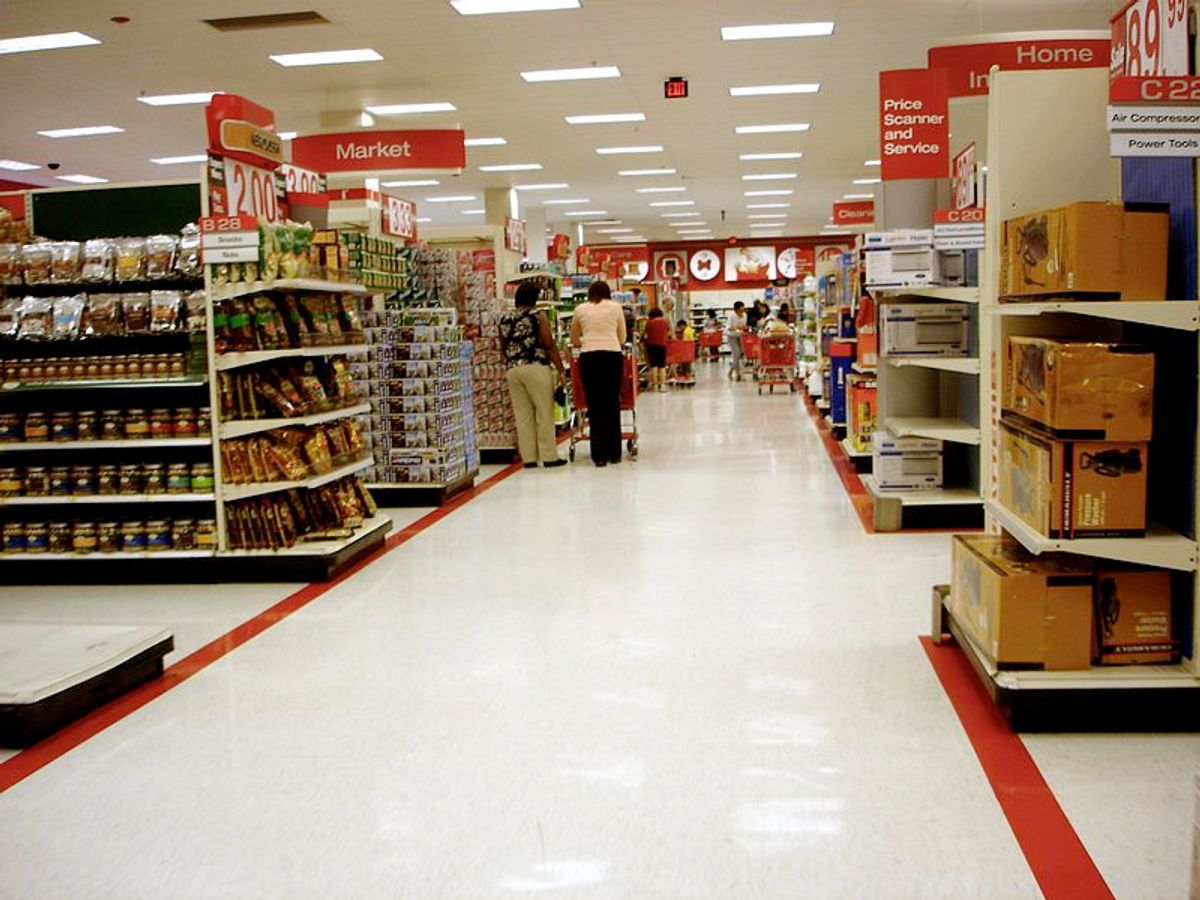 Labor writer Josh Eidelson reported for the Nation Friday that Target regularly locked late-night workers indoors while they cleaned stores in Minneapolis and St. Paul. Charges have been filed against the retail giant with the Occupational Safety and Health Administration (OSHA), a federal agency charged with the enforcement of safety and health legislation.

“At 11 at night, I would ring the doorbell to get let in, and then from there, we would be locked in the store all night, until 7 am when they opened the store,” Honorio Hernandez, who cleaned Target stores for three years, told Eidelson. Hernandez said that generally at night, only one manager oversees the premises, and "in an emergency, workers would have needed to get the manager to unlock a door and let them out of the building."

Asked whether Target has a corporate policy regarding whether workers can be locked inside its stores overnight, [Target spokesperson Molly] Snyder said, “All individuals who are in Target stores after hours receive information on Target’s standard safety protocol which includes the locations and use of clearly marked fire exits and doors, which allow them to exit the building any time.” Hernandez, like several workers who filed the OSHA charges, said he never received such information.

According to Eidelson, citing a 2004 New York Times report, Wal-Mart has also faced criticism over locking overnight shift workers within its stores.