Uncle of slain teen: TMZ "profiting from our loss"

How video of a 19 year old's murder ended up on Hollywood's snarkiest, trashiest gossip site 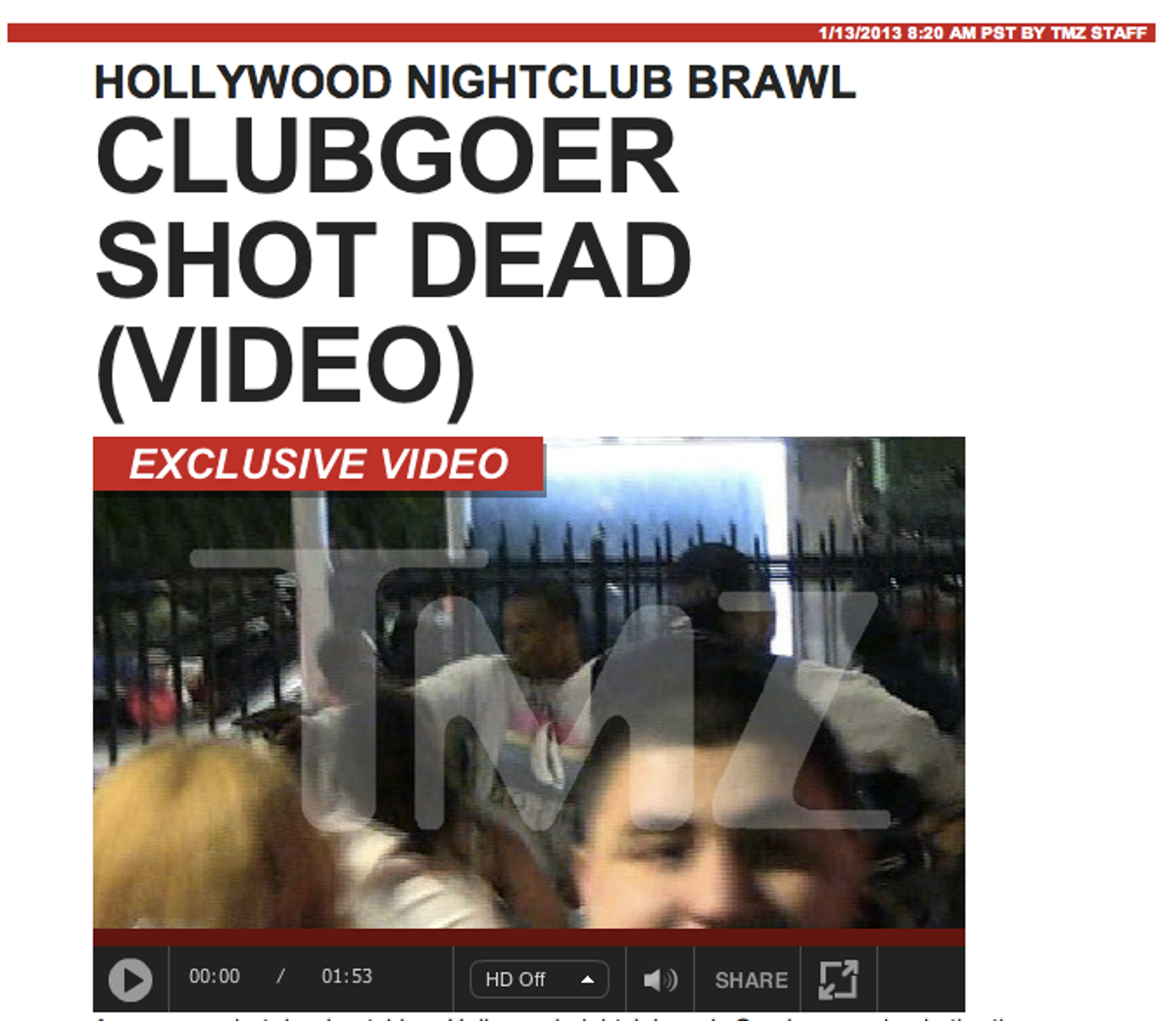 When TMZ posted a video depicting the murder of Andre Lowe, a 19-year-old student, his family felt "disbelief and anger," said his uncle Jason Andrews in an email exchange with Salon. "Knowing that the last two minutes of a family member's life was being viewed ... for entertainment was too much to handle." TMZ's paparazzi camera happened upon the crime outside a Los Angeles nightclub; Andre Lowe was not a figure of note like usual TMZ targets Kim Kardashian or Lindsay Lohan, though he was within the site's titular "Thirty-Mile Zone."

Andrews launched an online petition at change.org, which received some 200,000 signatures, to get the site to remove the video. Of TMZ, which usually traffics in celebrity gossip, Andrews wrote: "I understand freedom of press, but the line has to be drawn somewhere." Though Andrews and other family members called the gossip site and left voicemails, he says that no one received any response. After launching the petition, Andrews did get a person on the phone, but was transferred to TMZ's legal department, which took a message and did not call back.

Andrews' efforts have had some impact: TMZ has edited the video so that it now ends before Lowe's death. Though police say that the original, unedited video's existence helped them find and arrest the alleged murderer, Andrews disputes even that. "The edited version of the video, which does not show Andre laying in the street, would have been just as much help," says Andrews. "Even a freeze frame of the shooter would allow for ID."

Lowe has, in death, become a minor-key celebrity: TMZ, which is still packaging the story as "Hollywood Nightclub Brawl," has placed him under the same sort of scrutiny as TMZ's usual targets, with pages upon pages of comments describing him, in places, as "thug" and "ghetto trash." Andrews does not intend to pursue legal action and, with TMZ having tacitly responded by editing the video, does not expect much more from them.

"At this point I'm not sure what other options are available to us."

TMZ did not reply to Salon's request for comment.