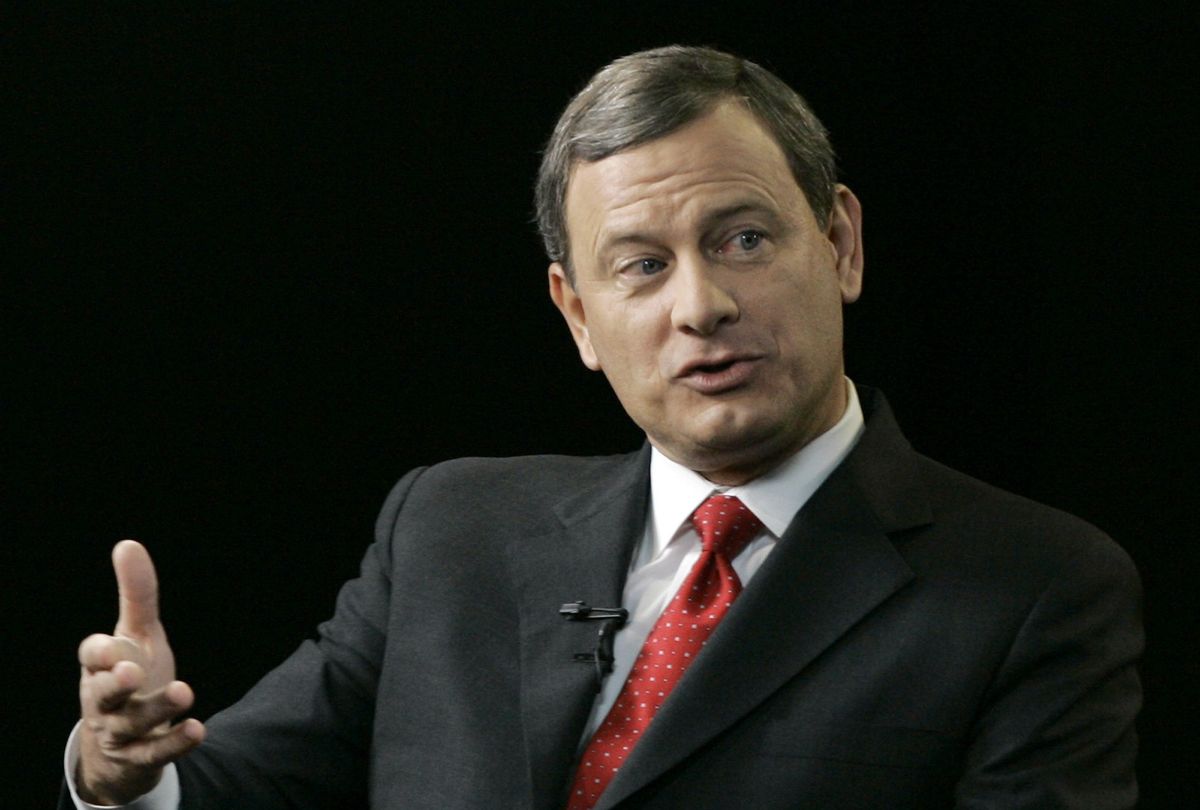 Any privileged person in this country who wants to remain complacent about the social status quo would be well-advised not to consider exactly where his money comes from. Here’s a small but telling example. Federal judges are required to file disclosure forms regarding other sources of income they may have besides their federal salaries and benefits. A glance at Chief Justice John Roberts’ 2009 form  (the most recent available to the public) reveals the following entry:

Another part of the form reveals that the same school reimbursed Roberts for his airfare, meals and lodging for at least the two-week period during which the course -- on the history of the Supreme Court -- was held.  Roberts co-taught the course, which met seven times for two-hour periods, with a law professor, Richard Lazarus.

Roberts and Lazarus taught the same course on the scenic island of Malta last summer, and will do so again amid the charming old world architecture of Prague this July.  (Lazarus did not respond to my request for information regarding what he was being paid to teach the course or how responsibility for teaching and grading it was divided between himself and the chief justice).

Now it might seem petty to inquire too closely into such matters.  After all, Roberts no doubt took a very large pay cut when he left a fancy law firm to become chief justice (although his $220,000 salary for eight months of work – a salary he will receive for life should he choose to retire – hardly signifies a vow of poverty).

The problem is not so much that Roberts is being paid $1,000 an hour to teach a fluffy course on Great Moments in Supreme Court Argument, or that he is in effect getting an all-expenses-paid European vacation every summer (first-class airfare from Washington to Prague is nearly $12,000). It’s that this annual fringe benefit is being paid for by tax dollars, which are first funneled through law students, who are financially wrecking themselves by borrowing those dollars to pay for useless degrees.

Here’s how it works:  The course Roberts  teaches is offered through a consortium of four law schools that, whatever the justification they may have once had for existing, have devolved into brazen diploma mills.  The four schools offer summer study programs that are essentially student-loan funded vacations for their students, who, if they were going to law schools worth attending, would be working for potential future long-term legal employers in the summer, rather than traipsing around Europe and adding to their enormous debt loads.

Graduates of these schools are currently graduating with an average of more than $150,000 in educational debt – almost all of it in the form of taxpayer-backed loans, a significant percentage of which will never be paid back.  They will never be paid back because, by my calculations, a total of 29 of the 1,282 people who graduated from these schools in 2011 acquired jobs that pay salaries that would make it possible for someone to actually service the average debt graduates of these schools are incurring.  (By contrast, nearly 20 percent of the schools’ graduates appeared to be completely unemployed, which suggests strongly that, for a large proportion of these people, their $150,000 taxpayer-funded degrees are worse than worthless.)

I don’t doubt that Chief Justice Roberts remains blissfully ignorant about the precise means by which several tens of thousands of dollars in what will prove to be unrecoverable student loan debt ends up getting funneled to him each summer.  And it is certainly a fair point that a non-trivial portion of my own salary is funded through similar channels. (We are all, as a famous philosopher once noted, part of the same hypocrisy.)

Still, to paraphrase another legal philosopher, ignorance of the loan is no excuse.