Gay couples don't need to get married because they can't accidentally get pregnant! 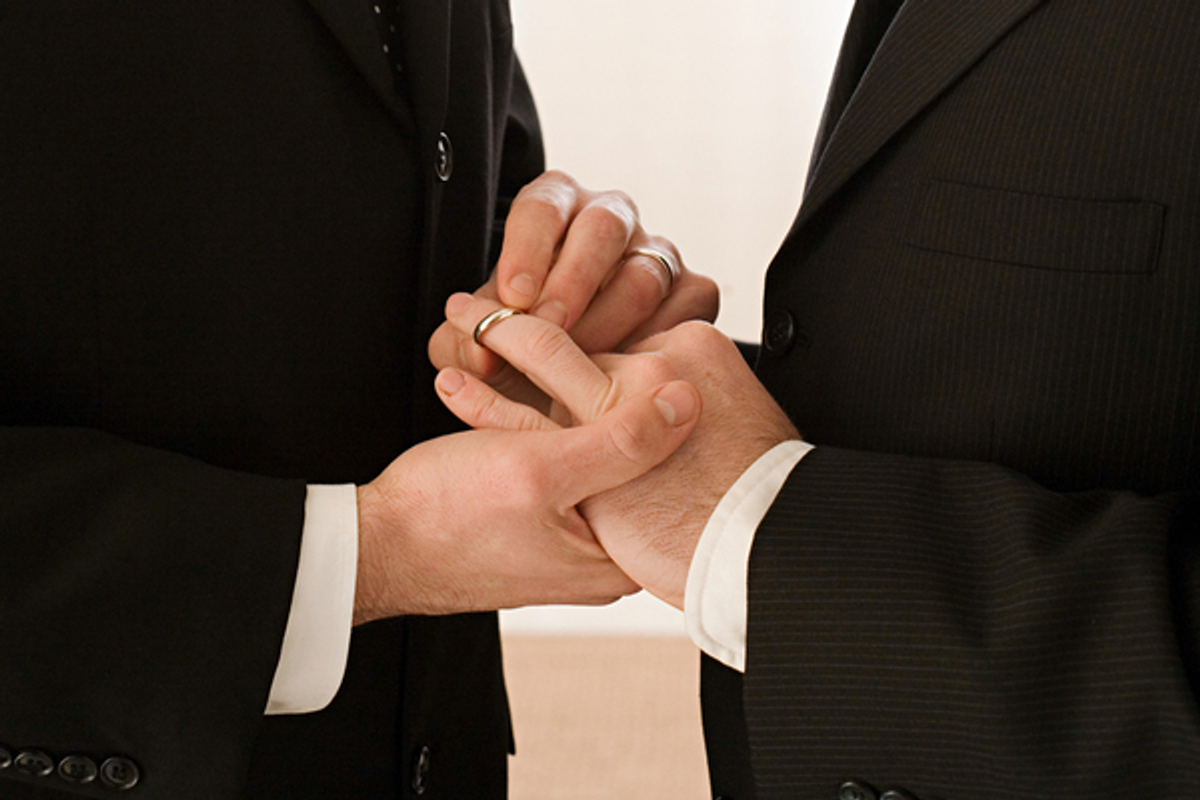 (AISPIX by Image Source via Shutterstock)
--

Gay marriage opponents are using the plot of "Knocked Up" in their defense of California's Proposition 8 and the federal Defense of Marriage Act.

This isn't the first time the state's "interest in the family tradition" has been used to argue against gay marriage, just the most recent. (And maybe the only to identify the "threat" of irresponsible procreation.)

And while the high court prepares to hear the case, it remains unclear when exactly Clement will seek the annulment of 1.5 million infertile marriages in the United States. You know, the other people who don't accidentally get pregnant.

Because undoing all those "unnecessary" marriages is going to take a lot of paperwork. He should probably get started.