Business Insider may have published the dumbest article of the year

Henry Blodget's computer battery runs out on a 9-hour flight, and the publication's editor expresses his grief 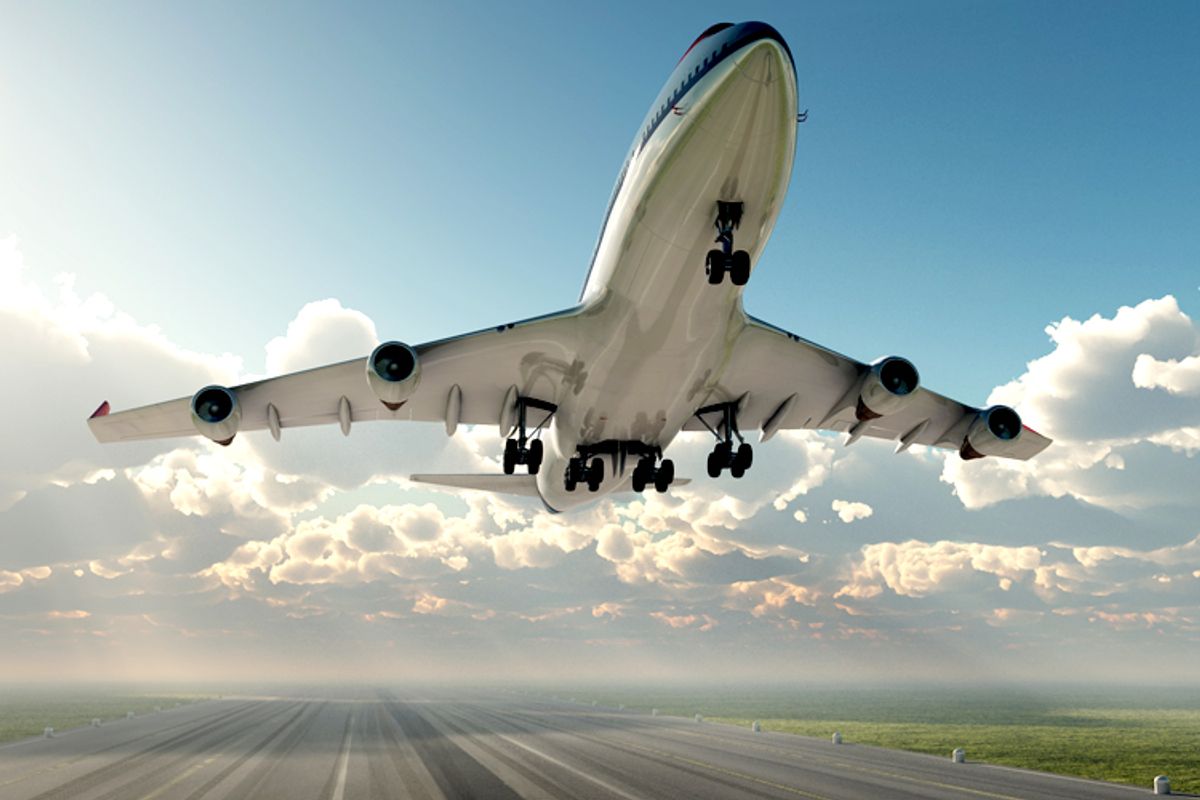 The first thing wrong with the stupidest article to be posted to the Internet in the year 2013 -- and possibly the entire century -- is the title: "I Was Quite Surprised By Some Things On My American Airlines International 'Economy Class' Flight." Even setting aside the high probability that author Henry Blodget, the founder, CEO and editor-in-chief of Business Insider, wrote his account of the mild horrors of nine hours cramped in the cheap seats in order to purposely troll people like me who would ruthlessly mock him and thus drive even more traffic to his site, the low-rent search-engine optimization of Blodget's headline would still be a crime against journalism. Blodget's made many mistakes in the past, not least the dot-com boom-era stock hyping escapades that got him banned from the securities industry for life, but this inane tale of 34,000-feet-high horror marks a new low. The man should now be denied access to a keyboard for life, or until the heat death of the universe, whichever comes first.

There's bad, and then there's dreariness that makes the very pixels on your smartphone scream out in pain. For instance, Blodget's photo essay includes no fewer than 10 photographs of the food he was served on his American Airlines flight. TEN! We need no better demonstration of how digital cameras have cheapened the art of photography to meaningless soul-killing ubiquity than the multiple pics of congealing pizza that illustrate Blodget's deathless prose.

But rather than conduct a line-by-line exegesis of this masterpiece, I feel compelled to focus my attention on one passage that, believe it or not, expresses something meaningful about our techno-gadget-obsessed age. (Emphasis mine.)

After lunch, I went back to "Homeland." My laptop battery died after 3 hours. One thing that American and other airlines could do to make "Economy Class" much better would be to install electrical outlets. Being able to work changes a flight from wasted time to productive time, no matter how cramped one is. But American does not have electrical outlets in Economy Class. And it does not have WiFi. And it does not have personal video screens, either. And I don't carry printed reading material anymore. So that left 5 hours with little to do but look out the window and try to sleep.

I feel Henry's pain here. Once you get accustomed to having sockets underneath your seat, you don't want to go back. There is such a thing as progress, and access to electric power is a big part of it. Five hours with nothing to do in seat 29J is, I will admit, a prospect that sends chills through my own heart.

But what are we to make of the tone of technologically evolved homo superior entitlement that swathes the sentence "And I don't carry printed reading material anymore"?

The obvious implication here is that only a Cro-Magnon brute would be dumb enough to be caught lugging around something as Neolithic as a book or magazine physically constructed from paper when jetting to Zurich. Might as well be hauling a wheelbarrow full of cuneiform tablets (try finding room for those in your overhead bin!). Henry Blodget is telling us that he is a true citizen of the digital realm -- he lives a life utterly untrammeled by the stodgy old content delivery mechanisms of days of yore.

Bully for him! But how stupid do you have to be to get on a nine-hour flight without having ensured that you don't find yourself in a position where you are faced with five hours of cramped hell without even a newspaper to distract yourself? I won't be too picky here. I don't understand why Blodget wasn't carrying at least a Kindle -- with its much longer battery life -- along with his laptop. But I'm also pretty sure that one's membership privileges in the digital revolution won't be revoked if one happens to smuggle a paperback novel or a couple of New Yorkers onto a long flight.

We embrace these new gadgets -- like Kindles or iPads -- because they make our lives easier and more convenient. I can't count the number of times I have watched a 3-year-old on a plane playing with a tablet and thought, man, that would have made life crossing the country when my kids were toddlers a lot easier. But the extra convenience of our "Homeland"-on-every-mobile-device lifestyle shouldn't mean that we become incapable of amusing ourselves when we lose power. Whose fault is it that Blodget was bored? Certainly not American's! Don't blame the Wi-Fi, blame the editor-in-chief of a business news website who forgot to bring something to read.

I've now devoted about 700 words more to Blodget's essay than it probably deserved, but here's the thing: The wired and unwired lives are not zero-sum antagonists. They can coexist; they can even mutually reinforce one other. We don't need to graduate from one to another -- to abandon our hardcovers altogether in favor of our Retina screens. But we do need to be smart. As any Boy Scout could tell you: If you're going to fly across the Atlantic, either be prepared, or spare us the whining.