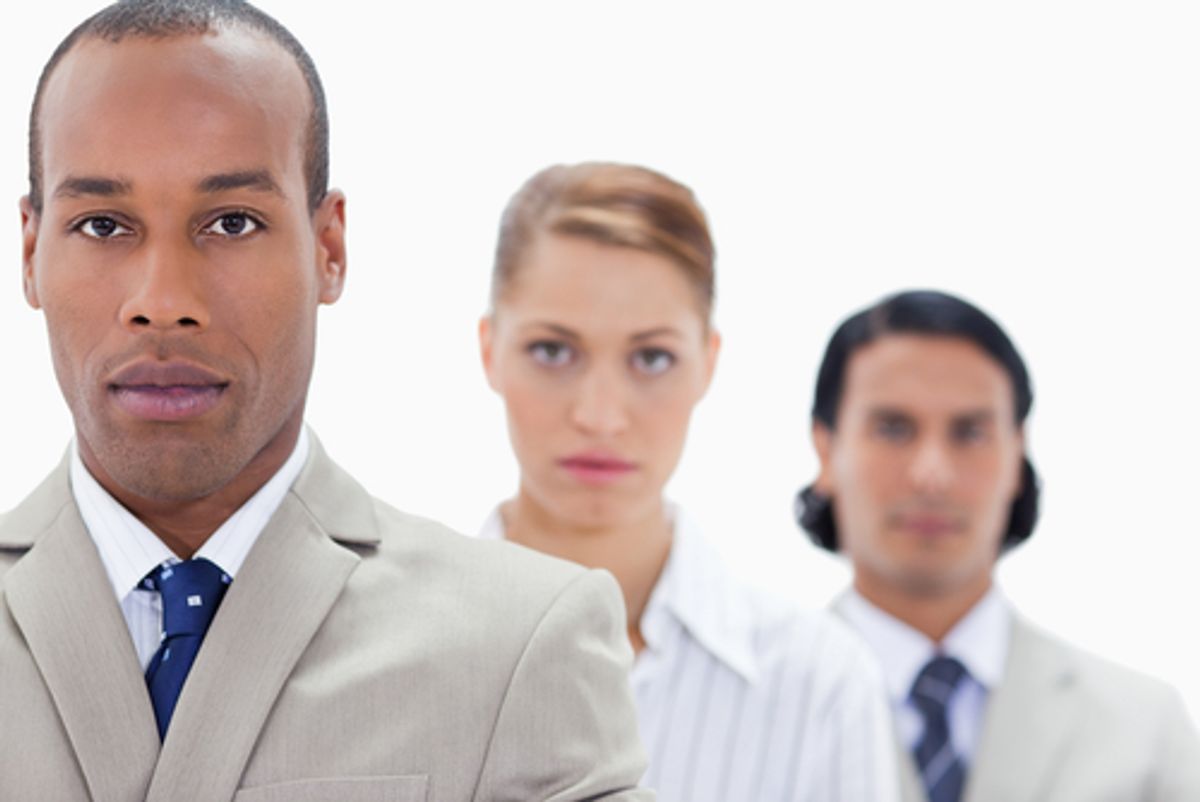 How far have we come since the Civil Rights Act of 1964 outlawed job discrimination on the basis of race and sex? Not nearly far enough, says a new book analyzing changing workplaces from 1964 to 2005.

The  Equal Employment Opportunity Commission opened its private-sector employer reports to sociologists Kevin Stainback and Donald Tomaskovic-Devey, who used the data in their book “Documenting Desegregation," a sweeping look at the successes -- and considerable failures -- of the landmark legislation.

The authors found that while the Civil Rights Act of 1964 began to disrupt a system of obstacles for both women and African-Americans, it didn't offer practical ways to renegotiate institutional practices in the workplace. Instead, it relied (and continues to rely) heavily on lawsuits based on especially egregious cases of discrimination. As a result, progress has been uneven and often stalled altogether.

As reported by economics professor Nancy Folbre for the New York Times:

From 1960 to 1972, many African-Americans, particularly men, moved out of segregated jobs. From 1972 to 1980, white women also began to gain access to new opportunities.

After Ronald Reagan was elected in 1980, however, the federal government backed off from activist equal-opportunity enforcement, and racial desegregation stalled. White women continued to make inroads based on increased access to professional and managerial occupations, including human resource departments of major corporations, where they became an internal force for change.

The authors contend that increased education alone does not explain white women’s relative success, because African-Americans steadily improved their educational attainment relative to whites throughout the 1980s and 1990s, even as employment progress stalled. Further, for reasons that may be related to political and cultural backlash, white women’s movement out of gender-segregated work slowed in the 1990s and stalled after 2000.

According to EEOC data, even as late as 2005, job segregation remained widespread. African-American men, white women and particularly African-American women continue to work in different occupations -- even entirely different workplaces -- than white men. Patterns in employment were often shockingly predictable: “White men are often in positions in management over everyone; white women tend to supervise other women, black men to supervise black men and black women tend to supervise black women,” the authors wrote.

Reversing this trend is no small task. Achieving a fully integrated workplace would require more than half of private-sector workers to change jobs. Building an equitable labor force becomes all the more challenging in a work culture where "covert bias and institutional inertia," rather than overt discrimination, perpetuate inequality.

But public accountability could help, the authors say.

Again from the New York Times:

Indeed, the Equal Employment Opportunity Commission has recognized the need to move toward a strategy of strategic enforcement, to examine industry-specific, regional and local patterns of occupational segregation and pay inequality.

The commission is currently barred from releasing data on the worst or best corporate citizens. By contrast the Environmental Protection Agency, the Occupational Safety and Health Administration and the Securities and Exchange Commission regularly make public company-specific data on therelease of toxic chemicals, workplace injuries and financial standing.

Professors Stainback and Tomaskovic-Devey suggest that a similar level of public accountability for equal opportunity in employment could positively influence future corporate behavior.